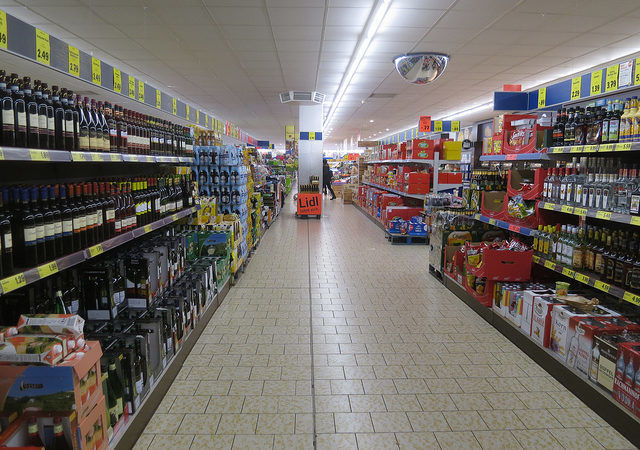 "The price that consumers pay for food often does not adequately reflect its true cost." [Alper Çuğun/Flickr]

This article is part of our special report Farmers under pressure.

Germans love to do their food shopping at discount retailers. But the costs incurred in order to provide such cheap prices are enormous and society is paying through the nose for it. EURACTIV Germany reports.

The only place where food is cheaper than in the Bundesrepublik is in crisis-hit countries like Greece, according to the German statistics office.

This is the result of fierce competition in the retail sector and it is increasingly becoming a problem for German farmers.

The fact that the prices offered by discount supermarkets like Aldi or Lidl do not reflect their actual costs is nothing new.

Most Germans think that when the agricultural sector is doing well, then food quality will also be top notch. According to a recent Kantar Emnid study, small-scale rural food production is seen as an integral part of German culture.

That mindset is reflected in a trend towards ecologically-produced agricultural products, as well as sustainable and ethical practices. The study also found that nearly 80% of Germans think agriculture takes too high a toll on soil, water, and air quality.

But German consumers are often unable or unwilling to pay the higher costs of organic products. As a result, cheap supermarkets secured a share of the German food retail market totaling €159.8 billion in 2016. In other words, nearly half of all Germans shopped at the likes of Aldi and Lidl last year.

Cheap prices come at a cost

The savings made by individuals come at a price for society though. Scientists from Augsburg found that the hidden secondary costs of conventional agriculture, which are not reflected in the prices advertised on the shelves, are enormous.

In order to provide chief beef and bacon for German breakfast tables, industrial agriculture has to use liberal amounts of antibiotics and nitrate-rich fertilisers. Nitrogen and phosphorus have a particularly damaging effect on soil and water quality, while ammonia and nitrous oxide emissions contribute to global warming.

These knock-on effects are quite often not immediately visible. The costs aren’t either. Water suppliers have to invest in expensive filtration systems in order to separate nitrates from drinking water. These costs aren’t paid at the check-out counter but in the monthly or annual utilities bill.

If the costs incurred on health, the ecosystem and the climate were added to regular food prices, then the study estimates there would be a 10% increase in the final bill. In comparison, organic meat would only incur a 4.1% increase in order to cover external factors and costs.

In Greece, cooperatives play a limited role in the food supply chain. Combined with rising overhead costs, this has contributed to the erosion of local farmers’ incomes, while emptying the wallets of consumers.

“The price that consumers pay for food often does not adequately reflect its true cost,” the authors of the study summarised.

For example, if the cost of higher nitrogen consumption, which is essential to higher crop yields, was offset, then the general public would be hit with €10 billion in additional costs, according to the report.

These prices and market distortion are not in line with the sustainability drive of the Common Agricultural Policy (CAP). Nevertheless, Germany’s direct payments and the organisation of the European market have kept prices at such a low level.

Many environmental and farmer organisations believe that agricultural policy is not going in the right direction. The groups insist that more EU direct payments should, in future, go to farmers that prioritise environmental and animal welfare issues. The 15% incentive provided by the CAP reform is still not used to its full extent.

Germany’s food and agriculture ministry is funding an initiative launched by, among others, the Green party, which hopes to further develop environmental land management practices. The BÖLN programme has been provided with €20 million for 2017.

The aim of the scheme is to influence and guide German consumers away from the easy option of cheap food prices towards organics products, which have fewer hidden costs.

EU farmers’ income has come under rising pressure from a number of factors, ranging from climate change, high input costs, the Russia embargo and sluggish demand from China.