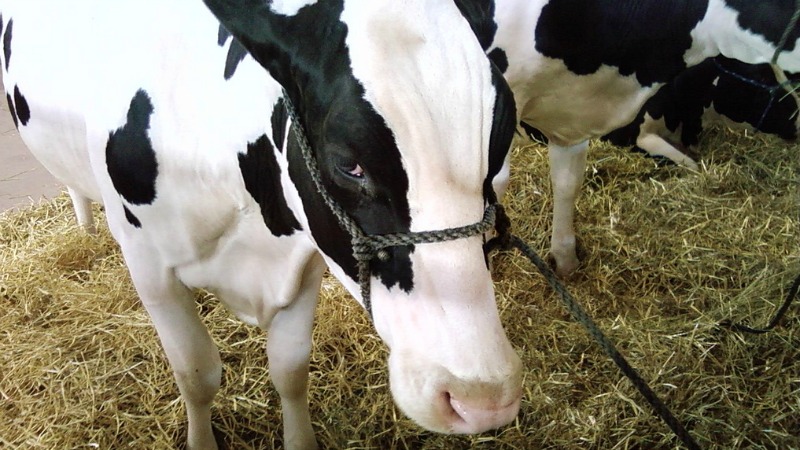 Europeans need to eat less beef and consume less dairy products in order to reach the EU’s climate goals, according to a new study by Swedish researchers.

Deep cuts in greenhouse gas (GHG) emissions from agricultural production will be required in the EU if member states are to meet the 2 °C climate target set by the UN, they concluded in a study published in the Food Policy journal on Monday (22 February).

The study was conducted by researchers from Chalmers University of Technology and Sweden’s Technical Research Institute.

In Sweden, the emissions from the production of dairy products and agriculture today make up about 25% of the country’s total GHG emissions, but would have to be reduced by 75% by 2050 if Sweden is to live up to the climate goals set by the EU.

While consumers could reduce their intake of beef and dairy products, the researchers also advise farmers to make the agricultural production more effective, for example by using the newest technologies. Technology can under optimistic estimates cut emissions by nearly 50%.

David Bryngelsson, one of the researchers behind the study, advised farmers to better cover their wells containing manure. He also said that emissions from the production of fertilizers can be halved if factories used the latest technologies.

“But to drive such a climate-smart technology would require a much more ambitious climate policy for agriculture than what we have today,” Bryngelsson said.

In Europe, Germany finds itself topping the European table in terms of meat consumption—along with Denmark, Spain and Portugal.

But the Swedes have one of the highest per capita consumption of cheese and other dairy products in the world, according to Stefan Wirsenius, who also studied the relationship between agricultural production in relation to climate challenges.

He mentioned that a continued high per-capita consumption of pork and poultry meat in contrast might be accommodated within the climate targets.

“We don’t need to completely give up eating meat. Lower emissions mean that we can continue to pork and poultry to a great extend if we at the same time cut our consumption of beef,” said the researcher.

As far as greenhouse gas emissions are concerned, the production of livestock and fodder globally generates more than 3 billion tonnes each of carbon dioxide equivalent.

In 2014, according to Eurostat data, Germany, Spain, France and the United Kingdom had the highest number of livestock.

In December 2015, world governments agreed on a historic agreement to fight global warming at the COP21 in Paris.

Almost 200 nations agreed a deal to cap global warming at “well below” 2 °C above pre-industrial levels, with a reference to a lower, long-term 1.5 degree target in the text. This means that emissions from fossil fuels such as oil need to be cut dramatically.