"There is no effective solution for reducing methane emissions from animals," said Dr Roland Fuß, a scientist for agricultural climate protection at the Thünen-Institut in Hamburg. [stefbennet/ Shutterstock]

It is essential to keep an eye on methane since the amount released in the atmosphere has been rapidly increasing for decades.

First, the greenhouse gas is released from the earth’s melting permafrost, and another source is presumably natural gas from fracking, which releases a large amount of methane.

Methane is a natural gas that is released in large quantities, wherever organic material is decomposed without oxygen, for example, in rainforests or rice plantations.

The problem lies in man-made releases of methane, which account for 60% of the gas’ global emissions. These additional greenhouse gas emissions heat the atmosphere and also form the harmful ground-level ozone.

It is estimated that one-third of man-made methane is attributable to the oil and gas sector. According to the International Energy Agency (IEA), these emissions account for about 6% of global greenhouse gas emissions.

The good thing is that it can be reduced relatively easily.

According to IEA estimates, 75% of methane emissions from the oil and gas sector could be reduced with existing technologies.

The agricultural sector and industry on par

As is well known, belching cattle and pigs are the primary sources of methane emissions.

“There is no effective solution for reducing methane emissions from animals,” said Dr Roland Fuß, a scientist for agricultural climate protection at the Thünen-Institut in Hamburg.

Since 1990 there has been no significant reduction in methane emissions in agriculture, apart from a decrease in animal populations.

Since the waste and energy industries have been able to reduce their greenhouse gas emissions significantly, agriculture is still the second-largest emitter of greenhouse gases. It ranks after the energy sector and is on par with the industrial sector.

There are no fixed targets for reducing methane. As a greenhouse gas, it falls under the provisions of the international Kyoto Protocol, meaning it is included in the emissions targets that the industrialised countries are bound to meet. There is also no individual methane reduction target in the EU.

The Commission proposed in 2016 to include a methane quota in the reform of the directive on national emission thresholds but this did not make it into the final text.

Is it all due to animal feed?

Nevertheless, the EU’s burden-sharing principle stipulates that agriculture, too, needs to reduce its greenhouse gas emissions by 30% by 2030, compared to 2005 levels.

But how can this be achieved if animals emit a large proportion of gas, which makes it difficult to control?

There is no shortage of approaches. Much has been tried, from attempts to genetically adapt cows to experiments with special feed.

Ralf Loges, a researcher at the Institute for Grass and Forage Science at the University of Kiel, is currently conducting such experiments. At an experimental farm near Kiel, directly on the Baltic Sea, he measured the methane emissions of cows in the pasture, by attaching suction devices on their backs.

Loge found that methane emissions per litre of milk can be reduced if the animals are kept on the pasture and eat certain types of clover.

However, he argued that the potential for this is limited, highlighting that “on the whole, methane emissions from these animals cannot be suppressed”.

Dr Roland Fuß from the Thünen-Institut is also sceptical about feeding experiments. “The problem is that the microorganisms in the animals’ bodies adapt to the new conditions when there is a long-term change in eating habits. In this way, methane emissions cannot be permanently reduced.”

Methane-releasing animals aside, there are other measures to reduce greenhouse gas emissions in the agricultural sector.

For example, this includes fertilisation based on plant requirements to reduce the emission of nitrous oxide. Currently, the European Commission is in the process of initiating proceedings because German farmers are treating their fields with too many artificial fertilisers.

The country’s environment agency also recommends that animal excrement be fermented in biofuel crops and that the residues be stored in a gas-tight environment.

However, the bottom line, according to Dr Fuß, is that the only approach that can help reduce methane emissions is “reducing livestock”.

“People across the globe simply have to consume far less meat and dairy products,” he said. 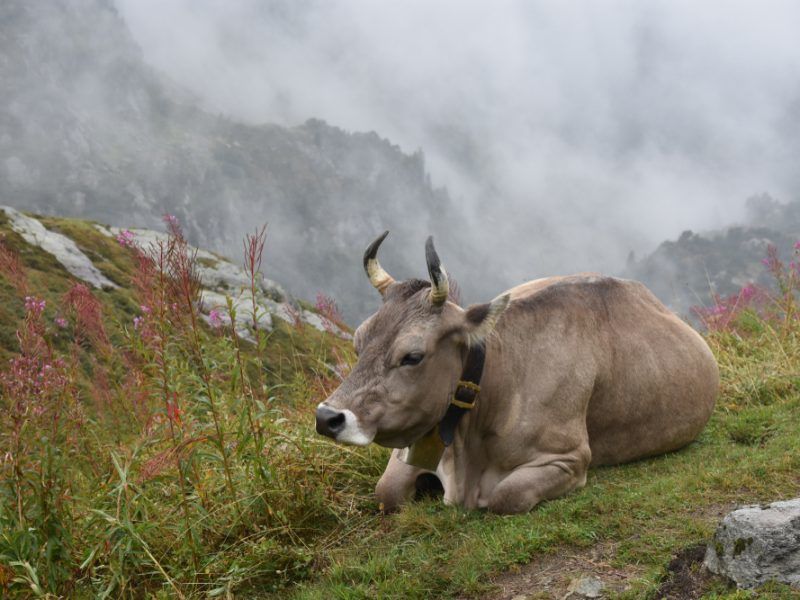