"We need to treat the climate crisis as a crisis [and not] pretending that we can fix the Common Agricultural Policy (CAP) with quick small fixes," Swedish climate activist told EURACTIV in a press conference. [EU]

In a virtual meeting with the Commission executive vice president Frans Timmermans, a group of young climate activists headed by Greta Thunberg reiterated their harsh criticism of the proposed reform of the EU’s farming subsidies programme.

During the one-hour meeting on Wednesday afternoon (25 November), Timmermans and the activists discussed options and opportunities for a withdrawal of the Common Agricultural Policy (CAP) proposal.

Negotiators of the European Parliament and the Council are currently discussing the post-2020 CAP reform, supposed to start in 2023.

The proposal now being discussed was criticised by environmental NGOs and climate activists who asked to quash the original CAP proposal and safeguard the European Green Deal, the EU’s flagship environmental policy.

Timmermans has hinted publicly at this option, which would halt the talks on the CAP, leaving the EU executive to re-start the legislative process by tabling a new document. 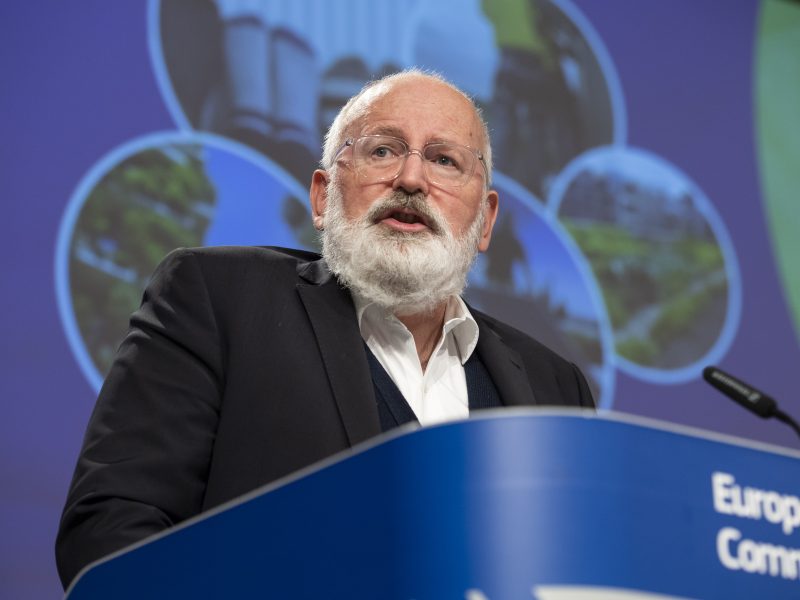 After the strong protests from negotiators, who said they felt under duress, the rest of the Commission distanced themselves from Timmermans’s comments in a bid to defuse a potential institutional crisis, saying they are not considering to retract the CAP.

Anuna de Wever, a Belgian activist who attended the meeting with Timmermans, said the Dutch Commissioner made it quite clear he is “as disappointed as us” with the current CAP proposal.

For the German activist Luisa Neubauer, the scope of the meeting was not about being reassured by Timmermans but about “making sure that we don’t misunderstand each other.”

“It was a good opportunity to hear their concerns on the CAP specifically,” Timmermans tweeted after the virtual call, adding that the Commission will work for an agriculture policy in line with the Green Deal to help deliver EU’s climate neutrality objectives.

However, the young activists remain in favour of a withdrawal of the current proposal.

“The time for small steps in the right direction is over,” leading activist Greta Thunberg told reporters at a press conference after the meeting.

In particular, she does not share the view of the Greens at the European Parliament, who have now changed their target from scrapping to fixing the CAP.

Asked by EURACTIV if she thinks the reform could still be aligned with the Paris Agreement during the ongoing negotiations, Thunberg said: “We need to treat the climate crisis as a crisis [and not] pretend that we can fix the CAP with small quick fixes.”

“MEPs are more than happy to vote for targets set ten or twenty years in the future, but when it is something to impact right here, right now, they won’t touch it,” she continued.

For Luisa Neubauer, the CAP proposal needs to be completely turn around because, as it is, it is working “so forcefully against any kind of any ecological realism and conservation targets” that even an increase in the share of eco-scheme would not be enough.

According to the young activists, Timmermans has left the door open for a withdrawal of the CAP proposal. “And that is why we will keep insisting on a withdrawal. [For us,] there is no other option,” said Anuna De Wever, who co-created the Belgian Youth for Climate movement together with Adélaïde Charlier. 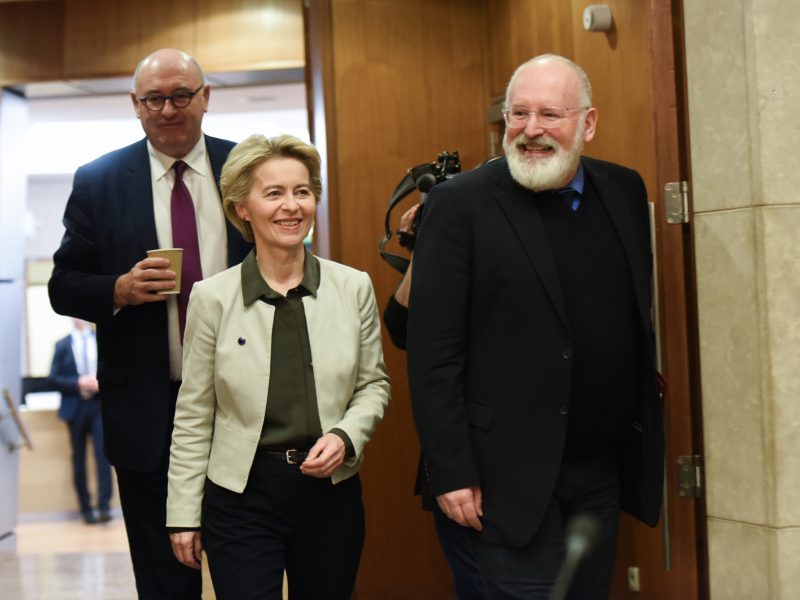 Asked if they have considered the opinion of farmers on the matter, the young activists said they are not turning against farmers but just asking for a farming system aligned with climate targets.

“We’re not asking for no CAP but for a CAP in line with the Paris agreement,” said Adélaïde Charlier.

Thunberg added that farming issues could become one of the many central questions dealt with by the Fridays for Future movement.

Commenting on her main battle, Thunberg said that even the Green Deal is not ambitious enough. “Let’s stop pretending it is,” she said mentioning that the real problem with the EU’s landmark policy is the lack of any sense of climate crisis.