Exchange of views with Frans Timmermans, Executive Vice-President of the European Commission in charge of the European Green Deal, with MEPs in the ENVI Committee [EP/DIEFEMBACQ]

“I just want to repeat that for the record: we might be a couple of weeks, but certainly not months late,” he told MEPs in the European Parliament’s environment committee (ENVI) on Tuesday (22 April).

The Farm to Fork strategy (F2F) will be embedded in the EU’s flagship environmental policy, the Green Deal, and aims to make the entire food chain from production to consumption more sustainable and neutral in its impact on the environment.

Timmermans, is coordinating the strategy, involving commissioner Stella Kyriakides for the food safety aspects, as well as Poland’s Janusz Wojciechowski and the Lithuanian Virginijus Sinkevičius on agriculture and seafood products.

“It’s going to be a strong proposal,” said Timmermans during the hearing.

The Commissioner added that the proposal will make clear the intimate link between both the biodiversity strategy and the F2F on topics such as pesticides, for instance.

After a first postponement in mid-March, the launch of the new EU food policy was put on hold due to the “limited absorption capacity of co-legislators” to deal with legislative files during the coronavirus outbreak.

In a leaked draft annual working programme, seen by EURACTIV, the F2F was recognised as a “very important initiative that will map out many farm-levels actions to improve climate and environmental performance” and, as such, “arguably, it should also reflect the lessons of the COVID-19 pandemic in relation to food security.”

“This might make a postponement necessary, taking also into account that the Commission could consider amending its key MFF [Multiannual Financial Framework, the EU’s seven-year budget] proposals in light of the current crisis,” the working programme concludes.

A new proposal for the EU long-term budget is expected to be presented by the Commission on 29 April.

Similarly, the European People’s Party (EPP) group has also called for further postponement until at least after the summer, citing the “crisis caused by the coronavirus pandemic”.

However, on 14 April, 40 civil society organisation co-signed a letter addressed to Timmermans on the “importance and urgency” of keeping the end of April as the F2F strategy publication date 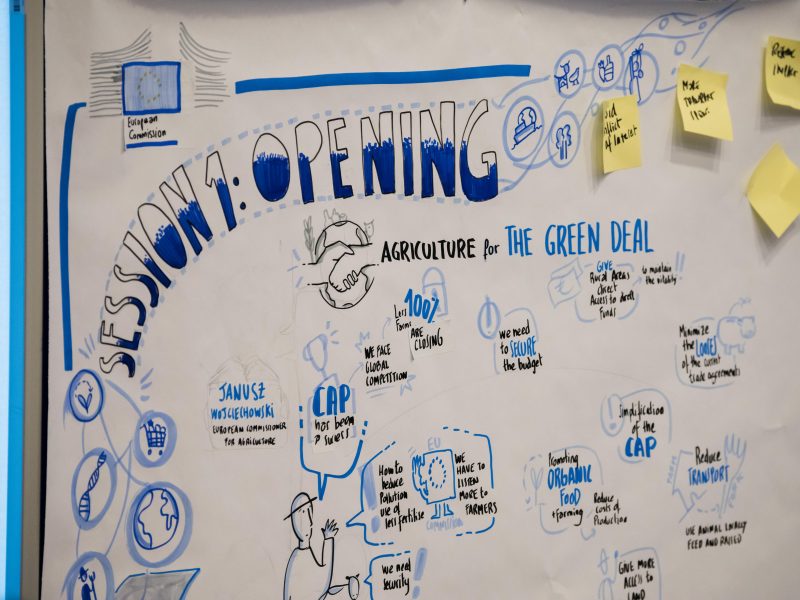 The launch date of the much-awaited new EU food policy, the Farm to Fork strategy (F2F), is currently under review and an updated programme is due to the published in the coming weeks, a Commission official told EURACTIV.com.