The European Court of Auditors (ECA) suggest all policymakers involved to use the additional time addressing the climate and environment challenges set out in the Green Deal. [SHUTTERSTOCK/POON]

As the post-2020 CAP reform will not be concluded before the start of the 2021-2027 programming period, member states and MEPs need to agree on some interim measures based on the current CAP rules to make sure EU farming subsidies continue to flow.

The Commission proposed in October an extension of the CAP’s existing legal framework through a one-year transitional period ending on 31 December 2021.

The proposal stretches the reserve to cover potential crises in agricultural markets, as well as certain provisions on direct payments and the transfer of amounts from direct payments to rural development, the so-called flexibility between pillars.

The transitional arrangements were listed among pending proposals to prioritise in the Commission’s work programme and are now discussed by the two other co-legislators, the European Parliament and the Council of the EU.

In an opinion released on 13 March, the European Court of Auditors (ECA) said the Commission’s proposal meets the aim to continue financing the CAP during the transitional period, on the basis of the amounts laid down in the post-2020 CAP proposals.

However, the delayed adoption of the post-2020 legislative framework holds back by at least a year the implementation of a potentially more ambitious CAP, according to the EU auditors.

Therefore, they suggest that all policymakers involved should use the additional time to address the climate and environment challenges set out in the Green Deal, as well as the need to ensure robust governance systems for the future CAP, and to improve performance measurement.

The current performance framework was criticised by the EU auditors in their 2018 annual report, as result indicators were not considered appropriate for measuring the effects of actions and there was no clear link to the related interventions and policy objectives.

In its latest opinion, ECA also found that certain elements of the transitional arrangements affect several aspects of the new CAP.

For instance, the extension of the rural development programmes touches upon the related multiannual commitments, the environmental and climate ambition, the evaluation arrangements and the timing of the payment appropriations.

Race against the clock

The approval procedure of the transitional arrangments is becoming quite complicated though.

The transitional regulations should be adopted before and enter into force ahead of 1 August 2020, which is the deadline for multiple member states’ notifications to the Commission.

The EU ministers started the discussion late in January and are still debating whether to go for a two-year transitional period or a one-year duration, which the Commission advocates for.

The matter should have been further discussed at the March Agrifish Council, which is for the moment cancelled due to the coronavirus emergency. EU sources said agriculture ministers may hold a videoconference next week, but that has yet to be confirmed.

The rapporteur for the dossier at the European Parliament, the Finnish MEP Elsi Katainen (Renew Europe), published a draft report in January and the agriculture committee (AGRI) had an exchange of views on it on 18 February.

The negotiation team of the European Parliament expects a vote in the AGRI committee session at the end of April, in order to get the final go-ahead from the full house in the first plenary possible coming next.

“The state-of-play of talks between the European Parliament and Council suggests that applying the new legal framework and the CAP strategic plans from 2022 could be challenging,” said Joao Figueiredo, the ECA member responsible for the opinion. 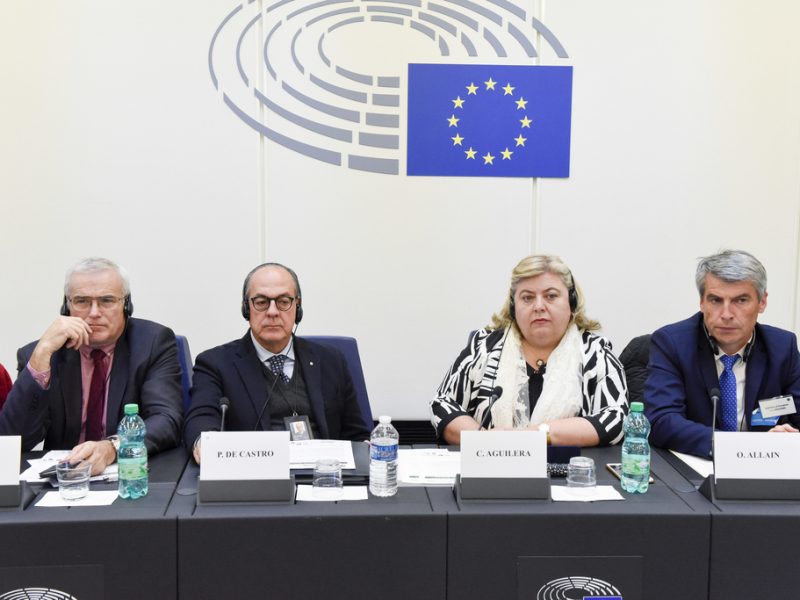