Malaysia is to send a delegation to Europe by the end of February to present its newly adopted measures to make palm oil production sustainable, in a move that aims to circumvent a progressive European Union phase-out of palm oil by 2030.

Sounam Kumin is a 65-year-old Malaysian smallholder who has been growing palm oil for some 20 years. With his four hectares, he produces around six tons of palm fruit from which is extracted the oil that is so contentious. It brings him about 400 euros a month, enough for him and his wife to live on, he says.

In order to cushion the potential impact of a European ban, he has begun to divert his production to grow other agricultural products, such as pineapples and bananas. “I don’t want to depend on one product,” he explains.

Few other natural products are as controversial in Europe as palm oil. Yet, it is the world’s most widely used edible oil, found in everything from margarine to biscuits, from soap to soups. It is also found in biofuel.

The food industry consumes about 70% of the world’s supply. The world palm oil market is currently estimated at around €55 billion euros ($60 billion) and is expected to reach a market value of €80 billion euros by 2021. For comparison, the European biodiesel market is estimated at €9 billion per year.

According to Malaysian government figures, 74% of Malaysia’s agricultural land is devoted to palm oil production. Sounam Kumin is one of some 600,000 small farmers who depend on the palm oil industry, they own 40% of the land devoted to palm plantations.

But the industry has come under scrutiny in recent years from green activists and consumers, who have blamed it for forest loss and fires, as well as exploitation of workers.

This classification puts palm oil in the black list of biofuels that should be phased out by 2030 in compliance with the REDII, in a major blow to both Indonesia and Malaysia, the world’s largest and second-largest palm oil producers.

“The future of palm oil lies in its sustainable production along its supply chain,” Teresa Kok, Malaysia’s minister of primary Industries, told the international press in November.

Kuala Lumpur decided last March to cap oil palm plantation expansion to 6.5 million hectares. That’s up from 5.85 million hectares reached in 2018 in order to give some flexibility to producers who are replanting or have already purchased land, the minister explained.

The government will also restrict the development of peatland and will ban the conversion of permanent forest reserves for palm oil and produce an official map of plantations, she added.

Malaysia is also expected to have all of its palm plantations certified sustainable by the end of this year, with the government helping small farmers to do so.

Kok said 60% of the country’s total oil palm area has received Malaysian Sustainable Palm Oil (MSPO) certification, which requires producers to meet certain environmental and labour rights standards. The Southeast Asian country aims to have 70% of its oil palm areas MSPO certified by the end of February, she specified.

According to the Roundtable on Sustainable Palm Oil (RSPO), about 13 million tonnes, or 21% of the world’s palm oil supply, is being certified as responsible and sustainable. The RSPO is a voluntary certification scheme whose members include commodity producers, traders and buyers, as well as NGOs, in about 90 countries.

The problem is that only half of this production is sold.

He contributed to setting up an open-access platform that allows the public to trace the sources of Sime Darby’s palm oil to the mill level and seeks to assure buyers of its No Deforestation, Peat and Exploitation (NDPE) pledge.

With plantations across Malaysia, Indonesia, Papua New Guinea, Liberia and the Solomon Islands, Sime Darby is the world’s largest oil palm plantation by planted area and produces about 4% of global crude palm oil. The company operates in 14 countries. 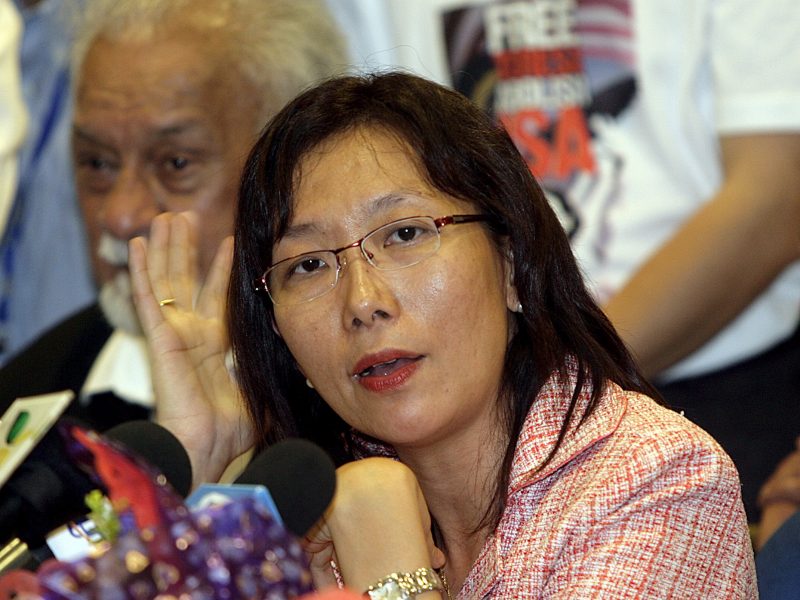 Members of the industry platform Consumer Goods Forum (CGF) have committed to deforestation-free supply chains by 2020. However, the scorecard demonstrates that there is little progress in practice, with only 10 of 53 members scoring in the top 10% of the assessment, WWF said in a statement.

“With EU consumption of palm oil, but also beef, soy, cocoa, maize, and other commodities, being a key driver of deforestation, decisive legislative action is needed in the EU to ensure that only deforestation-free products reach European consumers,” she said.

“I know the non-voluntary market is 80% and those voluntarily involved in the RSPO is only 20% of the global production but do we make a difference for those 20%? The answer is no. There are criminal elements in the industry, yes, some of the actions of certain growers of palm oil could be classified as crimes. But we need to make a differentiation,” he said.

“It’s like saying all apple growers are bad because there is one grower that uses eastern European workers and treats them badly,” he said.

He also urged the EU not to single out palm oil as the only culprit for deforestation. “Does it make sense to single out one crop and say we are doing this because of deforestation and working conditions while ignoring other crops, like soy grown in the Amazon after land being burned?” he asked.