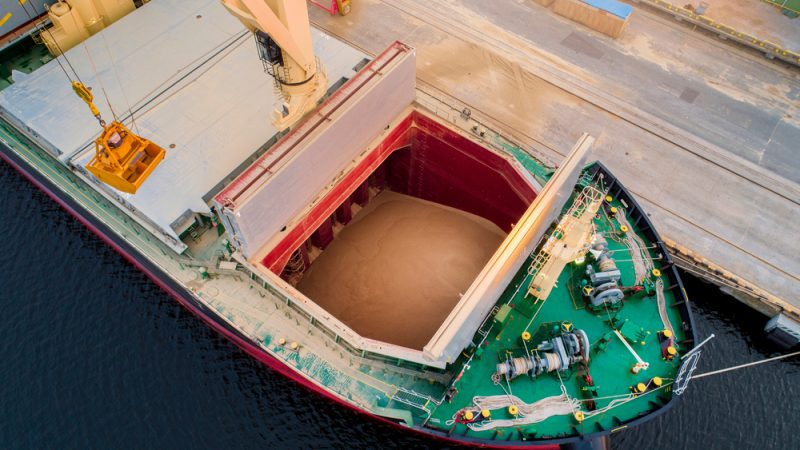 After visiting Poland on Wednesday and Thursday, the German minister travelled to Kyiv on Friday to discuss aid for Ukraine as well as safe routes for food exports. [SHUTTERSTOCK]

Ukraine cannot count on Putin to honour his word and grant safe passage to grain vessels, German agriculture minister Cem Özdemir said during a visit to Kyiv on Friday, where he also promised fresh funds to support alternative export routes.

Russia’s blockade of Ukraine’s Black Sea ports has meant that the country is unable to export a majority of its grain stock, contributing to food shortages in import-dependent areas of the world and raising concerns over where the incoming new harvest should be stored.

Lately, Moscow has hinted at the possibility of the Kremlin granting safe passage to Ukrainian grain vessels via the Black Sea in exchange for the West easing sanctions. However, this has been met with cynicism by Ukraine, as well as several of its partners, who fear Russia might abuse open trade routes to attack coastal cities such as Odessa.

Speaking after a meeting with his Ukrainian counterpart, Mykola Solsky, Özdemir said he shared Ukraine’s scepticism towards Russia’s promises. “Trusting Putin’s promises without there being any credibly, effective military guarantees would be kamikaze for Ukraine,” he said.

After visiting Poland on Wednesday and Thursday (June 8-9), the German minister travelled to Kyiv on Friday to discuss aid for Ukraine as well as safe routes for food exports.

“As long as Putin is blocking the sea route, we need to use and intensify all available alternatives: roads, rail, and the Danube,” stressed Özdemir, adding Germany would “not back down” on this.

To boost efforts to bring Ukrainian wheat out of the country via the Danube, the minister promised fresh funds to finance expanding laboratory capacities in the Ukrainian city of Izmail, located on the river’s bank near the Romanian border, in order to minimise ships’ turnaround times at the border. 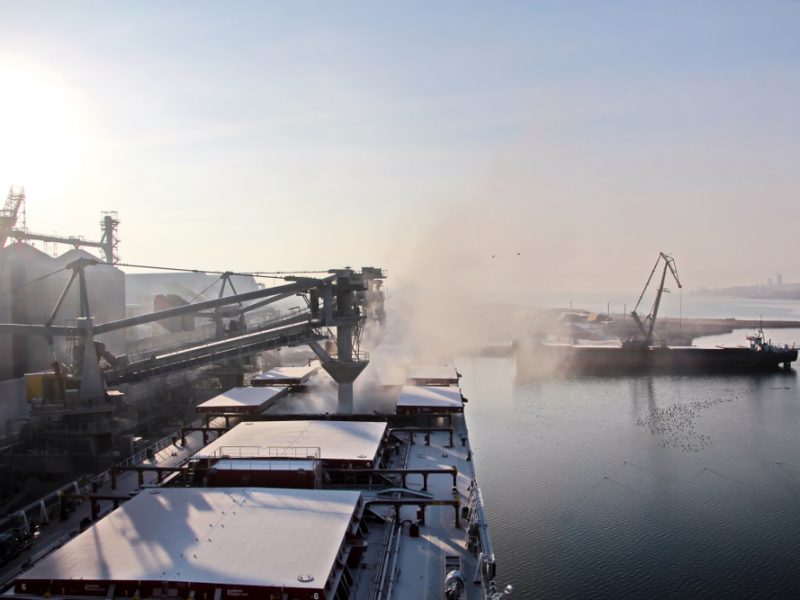 A number of European countries have stepped up efforts to reopen maritime corridors for the transport of Ukrainian grain, possibly with the help of a third-party security guarantor, but it remains unclear if Russia would agree to any deal.

Meanwhile, the main focus of Özdemir’s meeting with his Polish counterpart, Henryk Kowalczyk, the day before had been on strengthening grain exports by rail. In this area, Poland, the largest EU country neighbouring Ukraine, has become an important logistic hub.

Speaking after the meeting, Kowalczyk said as a country directly bordering Ukraine, Poland had a “special responsibility” to provide help in exporting agricultural goods. He also announced he would host Ukrainian minister Solsky in Warsaw soon to discuss export logistics.

Despite these efforts, as well as those of the EU, which recently launched so-called “solidarity lanes” to help strengthen alternative export routes for Ukrainian wheat, logistical as well as bureaucratic hurdles have been impeding grain transport by rail.

To help with this, Özdemir said he and Kowalczyk had discussed how the clearance of goods could be simplified, adding this should be “as unbureaucratic as possible.”

The German minister, who also visited a crossing at the Polish-Ukrainian border to get an on-side idea about cross-border transport, welcomed Poland’s efforts in this area. “I know that, for example at border crossings, Poles are working 24/7,” he said.

Ukraine must win to export

Still, any solution other than a reopening of Black Sea trade routes is “a second- or third-best solution,” Özdemir said, stressing that, even if used to a maximum, “rail and road or river transport will not solve this problem.”

This mirrored a point made by Ukrainian deputy agriculture minister, Markiyan Dmytrasevych, in a recent interview with EURACTIV, where he stressed that, while well-intentioned, efforts to create alternative export routes would never be able to match the capacities of transport via the Black Sea.

“The main issue is to help Ukraine become sovereign and independent again and return to world markets,” Özdemir concluded.