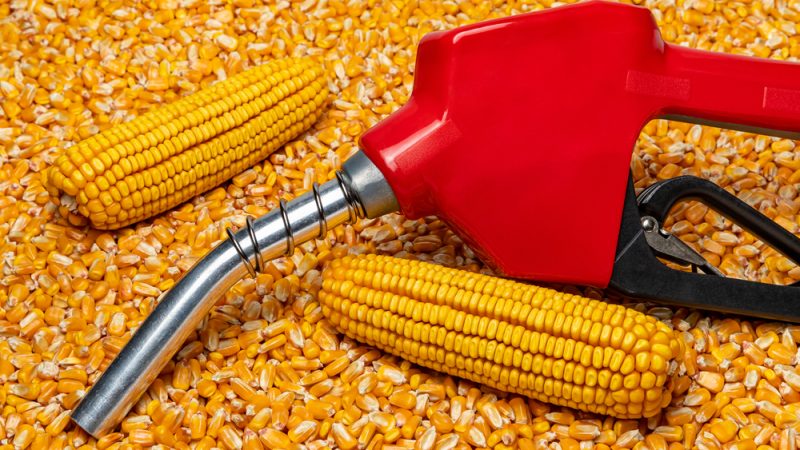 Following years of investments, a new report has found that crop-based bioethanol should now be considered a “cost-effective” measure to reduce road transport CO2 emissions by 2030.

The ethanol industry-commissioned report, conducted by the E3 modelling firm, has updated the PRIMES model, regularly used by the European Commission for its impact assessments.

The recent report presents the results of an identical exercise to Primes modelling – using the same experts, scenarios and model – but with market and technology input data updated and reflecting today’s energy system.

The authors noted that several EU pieces of legislation, including the Renewable Energy Directive (RED II), pose obstacles for the rollout of bioethanol and call on EU policymakers to come up with a reality check, especially when it comes to costs.

Critics suggest that the European Commission relies on outdated data in its transport decarbonisation efforts.

Sources from the ethanol industry commented that the EU executive refuses to see the reality by not taking into account the multidimensional role of crop-based bioethanol in reducing GHG emissions, supporting the farming sector, and simultaneously providing a cheap solution.

EURACTIV contacted the EU executive to comment on the report, but no reply has been provided at the time of publication.

“Our technical analysis shows that crop-based bioethanol can be a cost-effective measure to reduce road transport CO2 emissions by 2030. Crop-based bioethanol has negative abatement costs driven by the lower price of bioethanol than the higher pre-tax gasoline price,” the report says.

The report suggests that the higher uptake of starch-based ethanol primarily drives the lower price of bioethanol after taking co-product credits into account.

“Starch-based bioethanol is projected to have the lowest production costs across all biofuels produced in 2030 […] The modelling confirms that eliminating the cap on crop-based fuels will have a positive effect on the penetration of bioethanol by 2030,” the report added.

Chart two shows that the production of advanced biofuels and electric vehicles, both pushed forward by the Commission, come with high costs.

‘Made in Europe’ proteins

Joao Pacheco, a Senior Fellow at Farm Europe, a think-tank specialising in agricultural matters, said the new report considered the current conditions of biofuel production, which are very different from those of 10 or 20 years ago.

“This updated assessment shows clearly that the first-generation biofuels of today have nothing to do with the ones of yesterday. Investments and new measures have been made to make it effective and more sustainable,” Pacheco said.

For the Portuguese expert, the growing demand for proteins to achieve food sovereignty in the EU, which is currently dependent on soybeans imported from Latin America – a source of deforestation – makes first-generation biofuels produced in Europe a major lever for the production of “Made in Europe” proteins.

In addition, he said the report highlights that in the context of circular economy, the concept of food-based biofuels is “unfounded” since biofuels can be part of supply chain strengthening food security – proteins, oils or fibres, valued on the market – and a source of stability and investment for farmers.

Pacheco stressed that given the challenges of the Green Deal, biofuels sourced in Europe are not only a locomotive to produce non-GM proteins, but they also represent an “affordable, credible and available lever to achieve the EU’s climate ambitions”.

“It’s a major asset in order to achieve a Green Deal that works for all, and not only for an elite,” he added.

Eric Sievers, Investment and Regulatory Director at Pannonia Bio, commented that cost is the number one driver of energy demand patterns. Hence, climate policy is first and foremost about cost.

“Yet no one in Brussels really discusses it in relation to the Fit for 55 and transport decarbonisation. Even the underlying Impact Assessment is quiet on cost,” he said.

He added that the updated data and methodology is “eye-opening”.

“Contrary to suggestion by the European Commission, their own model shows that the most cost-effective solutions to decarbonise road transport have been and will be crop biofuels and advanced biomethane,” he concluded.