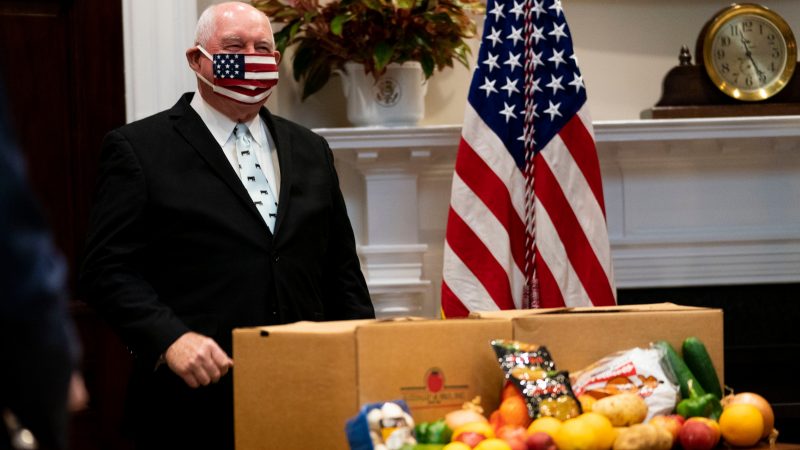 Agriculture Secretary Sonny Perdue wears a mask as he waits for US President Donald J. Trump to deliver remarks on supporting the Nation's Farmers, Ranchers, and Food Supply Chain, in the Roosevelt Room of the White House, Washington, DC, USA, 19 May 2020. [EPA-EFE/DOUG MILLS]

Washington could complain to the World Trade Organisation if the European Union goes ahead with a farming strategy that it believes “protectionist”, US Agriculture Secretary Sonny Perdue warned Wednesday (7 October).

“The impact on transatlantic trade can be extremely problematic,” Purdue told European journalists in a teleconference, adding that he had warned the European Commission about his doubts.

As part of its “Green Deal”, Brussels has developed a so-called “farm to fork” agriculture plan that would broaden the existing Common Agricultural Policy (CAP) into almost a joint food policy, covering farming, nutrition, health and the environment in the EU’s 27 member states.

Officials hope to impose higher standards in sustainable crops, animal welfare and labels detailing where and how food was produced, as well as coaxing consumers towards healthier diets – potentially disadvantaging American products.

“Every sovereign nation has a right to determine the rules and regulations for their food and agricultural production, we do, Europe does (…) but when you try to impose those standards on international trade (…) it becomes extremely problematic,” Purdue said.

It “remains to be seen” whether the US would push for a WTO ruling on the European policies as “I don’t like to threaten,” he added.

“If we export food to the EU and the consumers don’t want (it), that’s the market. What we are asking is let the consumer choose.” 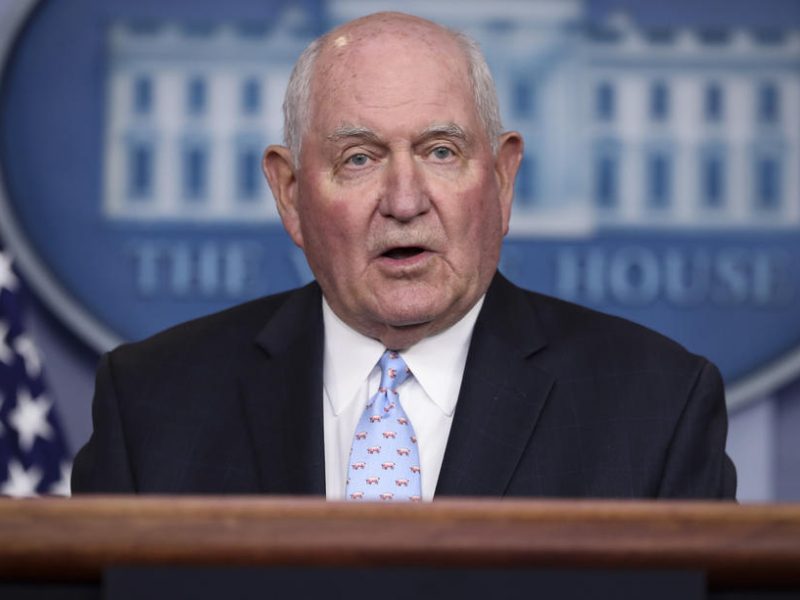 By contrast, Purdue predicted that the Green Deal “will lead to protectionism, because it will be uncompetitive” for farmers to produce under its conditions.

The EU was “misguided” to impose strict limits on technologies like genetically modified crops and pesticides, the American minister said.

Such developments “have been fabulously successful in the United States – we produce more food with less acres,” Perdue highlighted.

“If European farmers are restricted from using modern tools… they will have the only choice of protectionism.”

He added that the US’ “sustainability goals” were focused on the environment, affordability of food “for the global masses” and the economic survival of producers.