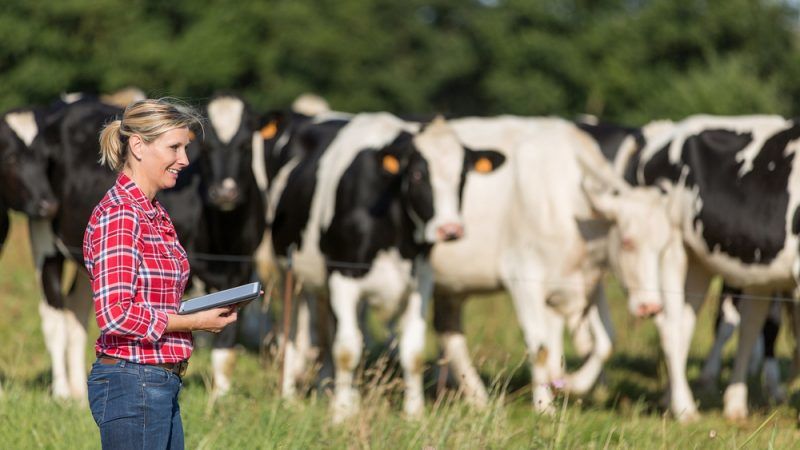 The study was conducted in 17 countries across the globe, and in Europe it focused on the UK, Germany, France, Italy and Spain. [Shutterstock]

Corteva Agriscience is the agriculture division of DowDuPont. The study was conducted in 17 countries across the globe, and in Europe, it focused on the UK, Germany, France, Italy and Spain.

“We conducted this study to further understand the current status of women farmers around the world – from the largest farms in the most advanced economies to the smallest subsistence farms in the developing world – and to create a baseline from which we can measure progress going forward,” said Krysta Harden, vice president external affairs and chief sustainability officer of Corteva Agriscience.

According to the respondents, discrimination in the farming community is still there. Despite feeling proud of being farmers, women said that discrimination was “widespread”, ranging from 78% in India to 52% in the United States.

In addition, almost 40% of the respondents reported lower income than men and less access to financing.

However, the majority of women reported progress toward gender equality, but 72% said it would take one to three decades or more to achieve full equality.

Special emphasis was also given to the need for training in the digitisation of the sector, which scored more than 50% in all 17 countries.

“Many said they need more training to take advantage of the agricultural technology that has become essential for financial success and environmental stewardship.”

The situation in the EU

According to the study, 68% of European women farmers think that gender discrimination is an issue, though the tendency is positive, and there is less discrimination nowadays than 10 years ago.

“67% of European women in agriculture participating in the survey think that the key area that would help remove the obstacles to equality is to raise the public’s awareness of gender discrimination in farming and agriculture,” the report emphasised.

“We explore additional steps, including further research, direct action, and partnering with governments, non-governmental organisations, and other groups, to further the removal of barriers to full equality”, she said.

In March 2017, the European Parliament’s Agriculture Committee and Women’s Committee adopted a study calling for an enhanced role for women in the EU farming sector as a way to revive declining rural areas in the EU and prevent further urbanisation.

EU lawmakers stressed that a new approach should be adopted for the development of the rural areas, and EU member states and local authorities should provide rural people, especially women, with the proper infrastructure services that will ensure a “balanced life” and prevent further migration toward cities.

On the occasion of the International Day of Rural Women on 15 October, the EU farmers union Copa-Cogeca, supported by the Austrian EU Presidency and DG Agri and sponsored by AnimalhealthEurope, organised the “Fifth Innovation Award for Women Farmers” competition.

According to Copa, 30% of European farms are now managed by women. The association notes that women could introduce innovative concepts and practices, crucial for developing dynamic rural communities.

Lotta Folkesson, the chairwomen of COPA’s Women Committee, commented: “This edition was full of exciting and diversified projects that is evidence of the benefits that empowering women brings to rural areas, farming, the economy and society as a whole. It is clear that agriculture needs more women.”