Certain EU countries have adopted a “sugar tax”, a “fat tax”, a “salt tax” – an increase on the price of unhealthy foods which should have a deterring effect on consumers. [Elena Chaykina/Shutterstock]

Soft drink producers, grouped in the European association UNESDA, have achieved an average calorie reduction of 12% between 2000 and 2015.

Now, UNESDA promised to accelerate the process to achieve a further 10% reduction by 2020.

The aim is to further the European Union’s goal of fighting obesity.

“More than 60% of children who are overweight before puberty will be overweight in early adulthood, and an estimated 25% of school-aged children in Europe are already overweight or obese,” said DR Gauden Galea, Director of the Division of Non-communicable Diseases at the World Health Organisation (WHO) Europe earlier this year.

The European Union, following recommendations by the World Health Organisation (WHO), is involved in promoting healthy food habits, regular exercise and the reduction in caloric intake (with special attention to sugary soft drinks), in a “war” against added sugars, considered particularly noxious for human health.

Some countries have adopted specific taxes against sugar, salt or fats, which had a deterring effect amongst consumers.

Yet the increase in these taxes could have the opposite effect, by pushing consumers towards cheaper food of inferior nutritional quality, according to experts.

The European Commission explains that taxes on food types increase the paperwork, especially if the tax is applied to the ingredients, or if the rules determining the foods to be taxed are of complex understanding.

A tax on sugary drinks and fatty foods could also have a negative impact on employment and investment, a 2014 report has warned.

If the UK is a leader among European countries in statin treatment and cardiac rehabilitation, it lags behind in addressing the behavioural causes of cardiovascular diseases (CVD), such as child obesity.

One in five Europeans are obese

In Europe, almost one in two men and women were overweight in 2008, and 23% of women and 20% of men were obese, according to WHO data.

Obesity is caused by lack of physical exercise and poor diets. It is one of the first risk factors for non-communicable diseases (NCD) like cancer, diabetes and cardiovascular and respiratory diseases. 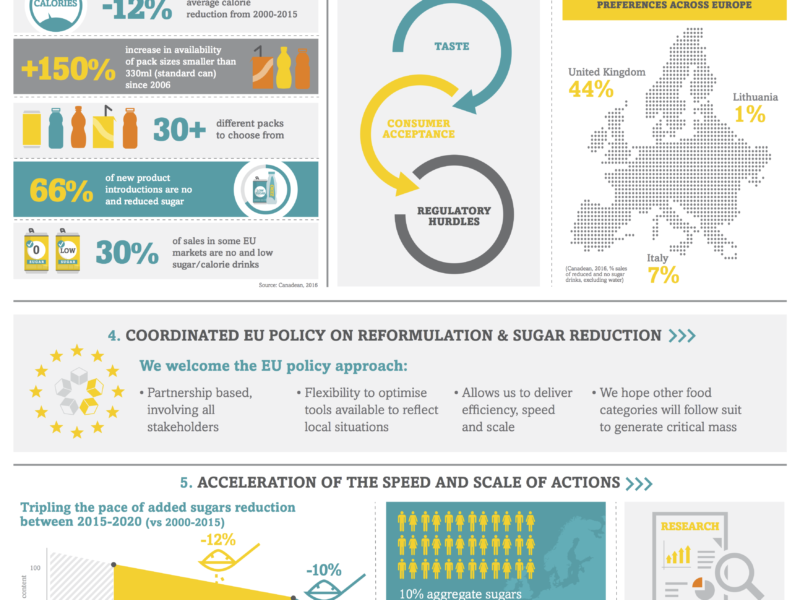 The European soft drinks industry has been on a sugar reduction journey since the 1970's and the introduction of the first no calorie drinks.