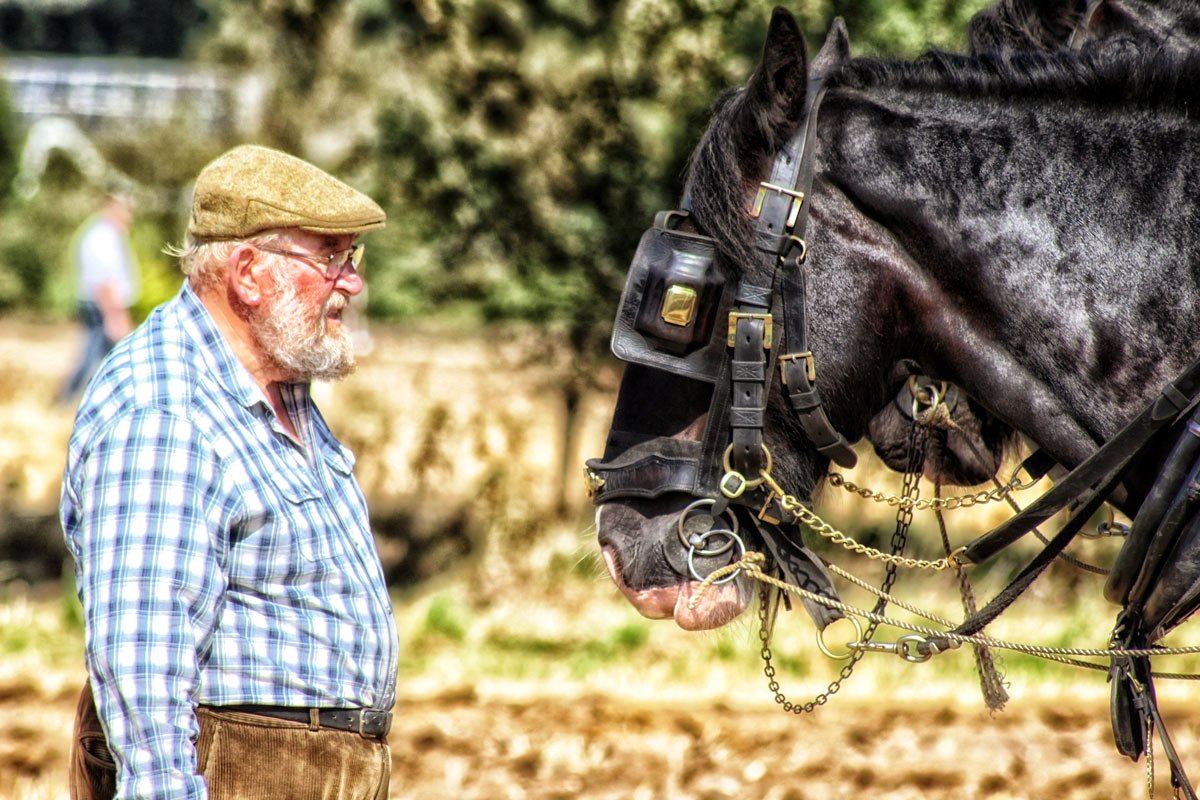 Old age is not the only reason why farmers are abandoning their industry. Unfair practices play their part too. [lee roberts/Flickr]

Measures have been tried and tested within the EU in an attempt to solve the woes currently affecting the bloc’s agricultural sector: to little success, writes José Manuel Roche Ramo.

The food and drink industry is the EU’s biggest manufacturing sector in terms of jobs and value added in Europe. It also plays a huge role in trade with non-EU countries with an annual increase of EU exports to third countries both in terms of value and quantity.

Looking at the statistics, companies’ revenue and turnover, one can say that the EU’s agri-food sector is indeed in good shape.

However, and despite statistics and figures from 2003-2013, more than four million farms disappeared in the EU, while the total area used for agriculture remained the same according to Eurostat.

Some parties within the EU food chain and even some officials from EU institutions argue that these figures are just the result of a concentration process taking place in EU agriculture: “A restructuration process is taking place in EU agriculture” as farmers stop farming, mainly because of old age. Consequently, their land becomes part of bigger and more competitive farms, closing this virtuous circle that will bring the final and desirable competitiveness to European agriculture.

However, this is just part of the truth; we farmers acknowledge that a high percentage of those that quit are elderly and that after an entire life dedicated to their fields they go to retirement with quite poor pensions, incidentally.

But a significant factor that leads farmers to abandon their activities, is not only advanced age but also unfair trading practices such as UTPs and the current imbalances within the food supply chain that often force farmers to sell below product costs or to accept unfair deals.

The debate on the imbalances within the food supply chain is far from new. Communications, green papers, reports etc., have been drafted, but it is always the same result: further analysis is needed, maybe done by another authority.

The reality is that while we are all discussing the causes of these imbalances many farmers, particularly small and medium sized ones, are obliged to shut down their farms due to increasing input costs and UTPs that sometimes make farming nigh-on impossible.

Although during the last years the EU has put in place some measures to help farmers strengthen their bargaining position, such us supporting and establishing producer organisations and cooperatives or voluntary codes, this is clearly insufficient.

The current situation has prompted some member states to react by putting in place their own measures aimed at improving the functioning of the supply chain such as:  the Groceries Code Adjudicator in the UK, the Food Supply Chain Commissioner in France or the Spanish law of better functioning of the food chain

However, all these measures did not bring the expected results from the farmers’ point of view and have left different playing fields within the single market depending on the country.

Under these circumstances it is essential that the Commission takes the lead by proposing a genuine EU regulatory framework in order to tackle UTPs and to ensure that European farmers benefit from fair selling.

EU farmers’ problems are so big that just a comprehensive piece of legislation for the whole EU could bring a part of the solution.

In addition, this EU-wise framework should not start from scratch, since the Commission services and member states have worked on this issue for a long time.

The legislation proposed just aims to assure basic safeguards for those European farmers that are currently unprotected from UTPs and deficient European frameworks by taking the best of national rules and without lowering the level of protection in those member states that already have national legislation.

Such legislation could also contribute to changing some individualistic farmer’s mentalities, which often just damage the sector, and create a common ground to encourage farmers to work together and with common objectives.

In other words, this legislation can be also an opportunity, an opportunity to change our current agricultural model for another at the height of the 21st century.

With a long term European approach that tackles the current unbalances within the EU food supply chain and with structural changes within the farming community we are absolutely certain that European agriculture can look at the future with optimism.  Let’s work together.