By Stella Nemecky and Steve Trent 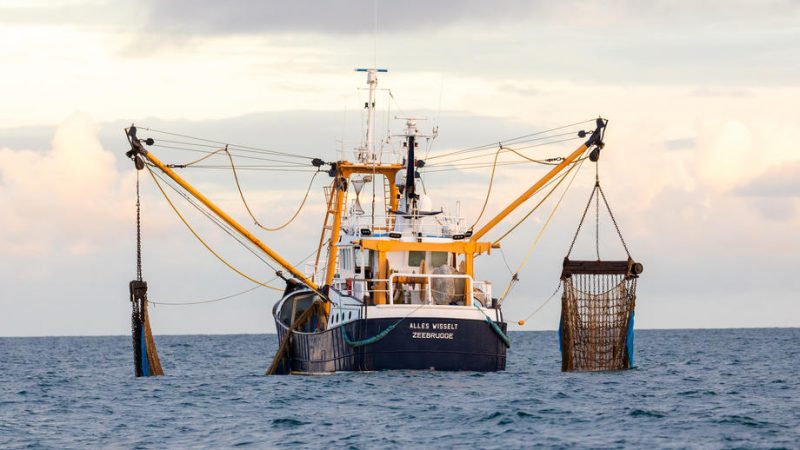 Fisheries cannot be managed sustainably without good catch data. It is impossible to set effective quotas and assess the health of fish populations if the catches are unknown or inaccurate. This essential principle should be immediately evident.

Yet the European Parliament has recently supported a move to extend the ‘margin of tolerance’ for inaccuracies in reporting to the point where up to 40% of catches ­– and up to 50% in the case of tuna – might be omitted from official records without any penalty.

This means millions of tonnes of fish could go uncounted – potentially the difference between thriving populations and a precipitous collapse of stocks.

One proposal under scrutiny suggests raising the margin of tolerance to 20% from the current 10%. Yet we know that 10% can already be fraudulently doubled by vessel owners – there is no reason why the same couldn’t be done with a higher margin, making 20% into 40%.

Here’s how it can be done. On most vessels, fishers can accurately estimate their catches before landing. With 5500 tonnes of fish on board, a captain enters 5000 in the log. Any check would show it is safely within the 10% margin.

However, very few landings are physically checked by the authorities and weighing is often carried out by the industry itself. If the weight is then recorded as 4500 tonnes, it still falls within 10% of what is in the logbook, the numbers add up on paper, warranting no further investigation.

Yet the vessel has landed an extra thousand tonnes of fish which was not removed from its quota.

And the opportunities for misreporting do not end there. Last year, after extensive lobbying from industry, notably French and Spanish tuna fleets fishing in the Indian Ocean, the Council of the EU proposed a change to the legislation that would mean that species deemed ‘morphologically similar’ can be legally reported completely interchangeably, as long as the total weight adds up.

In other words, a catch of two similar-looking but completely separate species, such as juvenile yellowfin tuna (currently overfished in the Indian Ocean) and bigeye tuna, might be reported, with no penalty, as 30% yellowfin, 70% bigeye when the true proportions were 70% yellowfin and 30% bigeye.

The wild inaccuracy these changes would cause in reporting would make a mockery of any pretence that the EU manages fish populations on a scientific basis. Fish stocks cannot be managed sustainably if catches might be 40-50% higher than estimated, or if species might have been misidentified and recorded as an entirely different species.

As Grace O’Sullivan, MEP and Greens’ negotiator, says: “The EU Common Fisheries Policy is founded on science and the precautionary approach – but a gaping loophole like this will not only put the future of the fisheries industry and marine ecosystems at risk, it will also threaten the success of the European Green Deal and undermine the EU’s work in collaborating with other countries to improve global fisheries sustainability.”

She’s right. How can the EU continue to demand that other countries eradicate any illegal, unreported, and unregulated fishing when Europe’s own vessels are not required to report their catches with any degree of accuracy, and management is based on data so shaky it represents nothing but a black hole of uncertainty?

There can be little doubt about the damaging effects of these proposals that undermine science, erode effective management, and serve only short-termism and quick profits at the cost of genuinely sustainable fisheries.

These proposals are still under consideration as the EU Fisheries Control Regulation undergoes negotiations, and they have not gone unopposed. The European Commission itself is against these changes to the margin of tolerance, with Commissioner for Fisheries Virginijus Sinkevičius stating that accurate catch reporting is a fundamental principle of the Common Fisheries Policy.

Some member states, too, have shown that they may fight this. Finland has already voted against the Council’s proposal for expanding interchangeable reporting of species and Germany’s new coalition agreement states that it will demand fair, science-based catch quotas. To remain true to that, the German government must lead the opposition to these proposals.

The truth is that under these changes up to four in ten fish may go missing from the records, torpedoing any chance of sustainable, science-based management and threatening livelihoods and marine life both in Europe and across the globe.

The EU and member states must not give in to aggressive lobbying from industry bodies who use ‘technical difficulties’ in reporting as a smokescreen for squeezing damaging short-term profits from our ocean. As Commissioner Sinkevičius put it: “If we managed to send men to the moon in the 1960s, we can certainly estimate catches within 10% accuracy in 2021.”