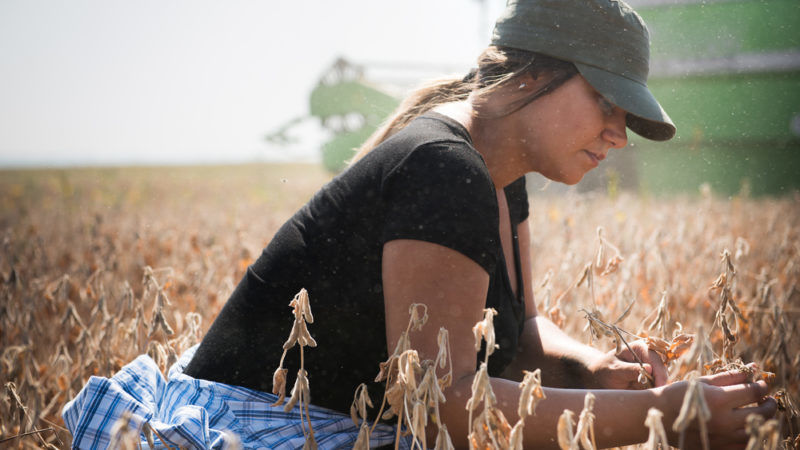 Only 5.6% of EU farmers are aged 35 or under, according to Eurostat. [Shutterstock]

But times have changed. The EU has gone from being an economic union to a political one as well, and expanded to include 28 countries. Agriculture evolved in tandem and, as the decades passed, its composition and challenges shifted. The EU’s countryside continues to remain a major source of activity and cultural identity. What may not be immediately obvious, however, is the lack of young people involved in the farming sector.

The statistics say it all. Numbers of EU young farmers are dwindling according to Eurostat’s most recently available data. Only 5.6% of EU farms are run by farmers under the age of 35, a figure that contrasts sharply with that of their aging counterparts. It also begs the question: how will the EU supply its 500-million-odd citizens with food in the future if generational renewal among farmers is not taking place?

As consumers become more health-conscious and appetites evolve, food is increasingly prominent on people’s radar. For many, it has become a matter of the heart and not just the stomach. Farmers, as the producers of food, play a major role in wider society’s wellbeing. They face the challenge of providing healthy, nutritious produce that has been grown in as environmentally friendly a way as possible, while also dealing with market pressures.

Young farmers and new entrants to the sector must surmount these hurdles as well as a number of other ones specific to their age bracket. These include gaining access to land and credit, establishing themselves in the food supply chain, achieving a fair income level and dealing with knowledge transfer to acquire new skills.

While systems are already in place to help them do this, many continue to struggle to set up their business, particularly if they are from a non-farming background. Administrative procedures can also be hefty and quickly become burdensome when time must be dedicated to farm activities.

This is where the CAP post-2020 reforms come into play. With numbers of young farmers so low and food-related issues carrying clout with EU citizens, the reformed policy will be key in determining how the future of EU agriculture pans out. The European Commission has outlined that modernisation and simplification will be the driving forces behind the reforms and generational renewal among its priorities.

On 29 November the European Commission released a document, titled ‘The Future of Food and Farming’, outlining the changes it intends to implement in the CAP. Generational renewal in the farming community is included and positive measures such as land mobility schemes and a simplified top-up payment system are put forward.

However, the document states that national capitals are in the best position to stimulate generational renewal because of their influence on land regulation, taxation, inheritance law or territorial planning. While this is partially accurate, having a strong, EU-wide definition of an active farmer would also enable supports to be better targeted.

Farmers work in different environments across the EU and therefore need a range of instruments to be able to carry out their activities. Education and training are crucial both for those already established as farmers and new entrants to the sector.

Reforms are necessary to bring policies up to speed, but it cannot be denied that the CAP remains a common policy that helps both farmers and rural communities survive, while also being a mechanism that enforces EU solidarity.

A drive through rural Europe, then, continues to be a fascinating and culturally enriching experience despite the challenges the agricultural sector is up against simmering just beneath the surface. The CAP has played an important part in ensuring EU agriculture’s continuation. One would hope that the intended reforms will allow it to better adapt to the times we live in.

The declining number of young farmers in the EU remains problematic, though, because without them the future of food production and open landscapes in the EU would suffer greatly.