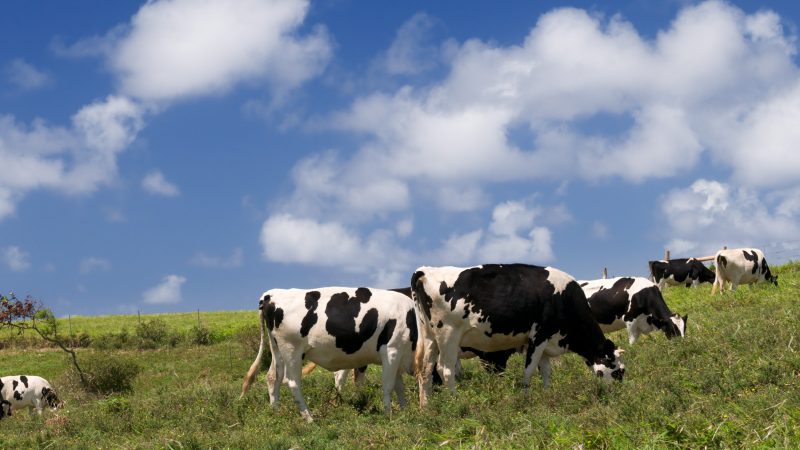 The idea of banning the use of cages in livestock farming is gaining some traction in various circles. It makes for a catchy headline to spread the idea that all enclosures are inherently bad for animals, but animal health and welfare are actually much more complex. This theory seems to omit the fact that the EU is world leader on animal welfare, because farmers have invested billions in it. We can see a path forward, and the livestock production chain is convinced that the debate about livestock housing must be qualified and scientifically validated.

Discussing cages would first require us to qualify the debate. As Camus once said, “naming things wrongly is adding to the world’s misery.” This quote is particularly relevant to the debate on cages in agriculture. In fact, it is interesting to notice that there is not even a clear definition of actual “cages” in the ‘End the Cage Age’ campaign that has been promoting their full removal. While simplification for communication purposes is understandable, it is obviously problematic when discussing the actual implementation of such a claim. Following calls for enriched cages as essential to animal welfare, in particular from NGOs, European farmers invested billions in these systems. Furthermore, there are in fact many different types of equipment and different uses for each. Some equipment is for instance used at particular stages of the animal’s life, like births or in case of veterinary control where barns could also be considered as cages.

In the end, proponents of a vague concept calling an end to all cages make it even more difficult for professionals to comment from a technical point of view or when considering its connection with animal welfare. It might sound obvious but different animal species have different ethological characteristics and housing systems are designed to suit them and their needs.

Barring the use of cages as a whole is not only an oversimplification; it can also have serious consequences on the health and welfare of animals. If the sows are not kept in a farrowing crate, their welfare might be increased, but at the same time this will affect the welfare of the piglets and increase piglet mortality unless extra attention is given.

European farmers have the highest animal welfare standards and have been working on increasing them since 1974. Still, they are prepared to go even one step further.  But for that, a change in a housing system – and in the related policy-making – should be based on evidence and informed by on-farm tests and scientific experimentation with the animal at the centre. As animal ethicists have pointed out, it is strange to claim to wish to increase animal health and welfare by banning cages. Improving animal health and welfare is much more complex and should be assessed by looking at e.g. housing parameters, enrichments, animals’ ability to move freely, the risk of injuries and diseases, and more generally at the housing conditions throughout the different life stages of the animals. Science and facts should be the starting point, rather than emotions.

The ongoing debate also creates a perception that farmers are passive. Nothing could be further from the reality on the ground. Livestock farms are innovative places, constantly investing in improving their infrastructures and practices to keep up with new scientific evidence. Let’s take a concrete example: less than 10 years ago many farmers keeping laying hens changed from conventional laying hen cages, which are still a common practice in the rest of the world, to “European” enriched cages. Those cages were developed together with animal welfare experts and do not only provide additional space for each hen, but also help to ensure that layers can express their natural behaviour. And farmers did not stop there. This is only one of the numerous efforts farmers in all sectors are still making. European farmers invested billions of euros, rebuilding their farms and negotiating with national authorities to get the necessary permissions.

However, it should be said clearly: innovation comes at a price; research, development and implementation entail enormous and long-term costs for farmers. They can adapt to changes, but those also need to be economically viable. At the end of the day, there is a clear risk for EU farmers to become obsolete. There is also a definite possibility to just “delocalise” the core issue somewhere else in the globe, while at the same time increasing EU consumers’ dependence on products from less animal welfare friendly third countries.

Finally, it is worth noting that consumers’ approach to animal products changes significantly from theory to practice: in fact, while there is a general tendency to “humanise” animals, recent research (2020 Eurobarometer) shows that purchasing habits in the EU are still driven by factors like taste, food safety and price over sustainability and animal welfare. Changes in farming are only possible and sustainable long-term if they go hand in hand with the consumer’s acceptance to pay a premium and the retailers’ acceptance of fair-trading practices. Two terribly uncertain dimensions.

The word “cage” often has a negative connotation and generates a strong emotional response from the average consumer. Norms and ideals regarding animal treatment have entered the political and societal agenda, making the issue more intricate, raising dilemmas and inconsistencies. It is very easy to instinctively be against cages, but very few citizens have the opportunity to go visit a farm, read scientific studies, and talk to a farmer to hear the various points of view, understand how farms function in reality and what needs individual animals have at the different stages of their lives.