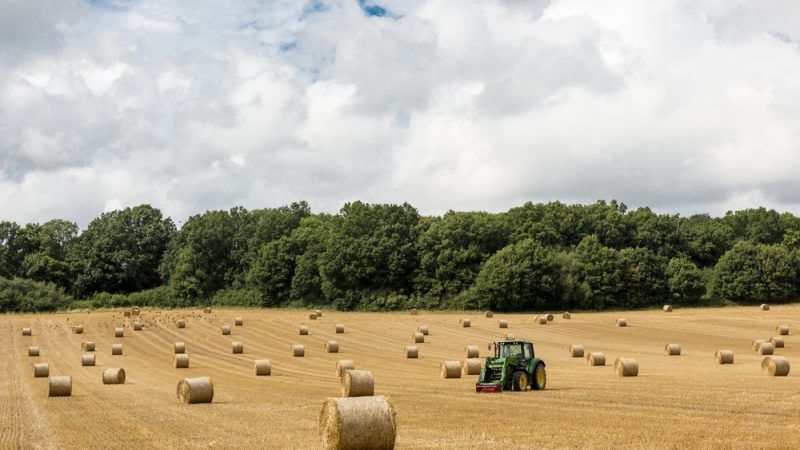 In what direction will the UK agricultural model develop? [Shutterstock]

Daniel Guéguen is chairman of Pact European Affairs and professor at the College of Europe.

Since their accession, the British have detested the Common Agricultural Policy (CAP), with its excessive prices and exporting of costly surpluses to world markets. This system was the precise opposite of their old one, which was based on low prices and huge imports from the Commonwealth.

In 1992, and then in 2000, the CAP moved towards the UK pre-accession system, greatly reducing prices in conformity with the rules of the World Trade Organisation. But the British continued to dislike the CAP: too expensive, not industry-based, hostile to GMOs and too much oriented towards family farming. We can, therefore, expect significant changes once Brexit happens.

In reality, the legislation applicable within the UK on 30 March 2019 will be exactly the same as on the day before because the EU acquis (comprising 1,685 laws and 12,420 regulations) will be fully transposed into British law via the ‘Great Repeal Bill’. From that moment (at least initially), the United Kingdom Agricultural Policy will be exactly the same as the CAP applying to the remaining 27 Member States of the EU.

In what direction will the UK agricultural model develop? Broadly speaking, three systems can be envisaged: retaining a CAP-based scheme, adopting a liberal system without subsidies (like New Zealand) or opting for the US model that combines direct aid with innovative systems of insurance and cyclical measures.

It does not take a prophet to predict that the future UK agricultural policy will be a ‘pick and choose’ between these three models. But the new model will be costly in budgetary terms and it will take time to set up, since no change to the EU-inherited system will be possible before the end of the transition period, i.e. 1 January 2021 at the earliest.

This is all the truer as the May cabinet has promised to guarantee British farmers the full payment of subsidies until the end of 2023 to allow them to adapt to the new framework.

The British dream of free trade agreements all over the world

Ever since triggering Article 50, the ‘pragmatic’ Brits have been mistaking their desires for reality. Preserving their European financial passport while optimising their fiscal attractiveness and setting up a free trade zone stretching from the Americas to Europe.

Only two models can be envisaged:

The transition period: how the UK is putting itself in a coffin

The British see it as a way to gain time and create the best possible conditions for their departure. For the EU-27, the transition period is known as ‘Everything But The Institutions’. This will be used first to negotiate what has not been negotiated with the OMC.

As Emmanuel Macron once said about high taxes in France, “it’s Cuba without the sunshine!”

An alternative to the transition period: extending the negotiation phase beyond two years

The triggering of Article 50 was clear, opening up a two-year negotiation period that will, at its end, result in the withdrawal of the UK, unless the EU-27 unanimously decides otherwise.

It is obvious that the negotiations will not be finished by the end of March 2019, given their complexity. It is also obvious that respecting this deadline and then using a transition period to resolve the question of trade agreements amounts to shooting oneself in the foot.

According to my high-level contacts, the option of extending the negotiating period beyond two years will be considered positively by both the EU negotiating team and the governments of the EU-27.

To me, this seems the only reasonable option.

Gaining time would allow pushing back the idea of the ‘unavoidable’ Brexit, in the hope that more enlightened leaders might come to power and, before the end of the negotiation period, hold a new referendum on leaving or staying in the EU.

Alongside the psychodrama of the Brexit negotiations, the European leaders who meet regularly in the European Council should set up a taskforce, half political and half-legal, with the objective of re-thinking the governance of the Union; simplifying it, making it more transparent, more focused on the essential, less regulatory, more visionary.

But the task force should also look in detail at the feasibility of a ‘two-circle Europe’, something that has been proposed for a long time by some officials: a first circle, federally-inspired, for the countries of the eurozone; and a second circle, limited to internal trade, the single market and competitiveness.

Basically, it is to this second circle that the UK aspires.