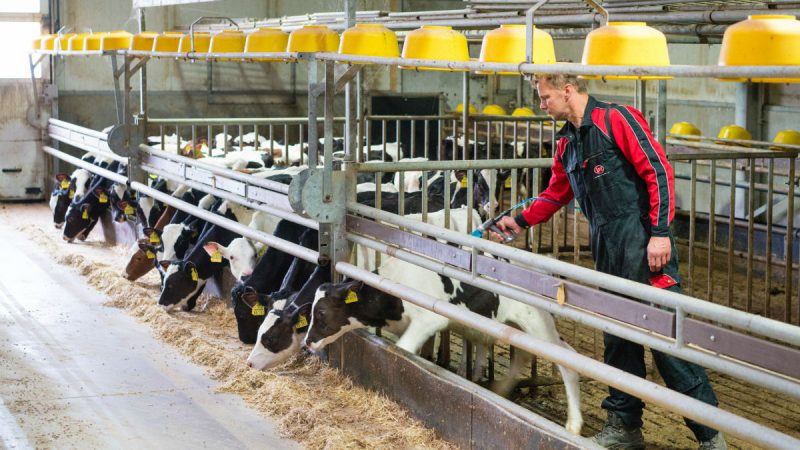 There has never been a shortage of polarisation in the debate over farm animals, but when the livestock production debate was connected to climate change the polarisation turned into stigmatisation.

European Livestock Voice is a coalition of different animal sectors with offices in Brussels. You can find more information about it here.

All of a sudden a strong discourse arose directing people to feel guilty, not only for producing meat, but even for eating it, and of course demands like ‘sin taxes’ on animal products were quick to follow.

The story is presented in black and white. There is a right and a wrong, and we are to understand that our planet’s health and basic human morality, calls for a dramatic, if not total, reduction in livestock production.

While emissions or other impacts of livestock should neither be, nor are they being ignored, there are significant flaws in today’s public debate over livestock. Both climate change and animal welfare are complex societal and ethical issues, but in the hands of some interest groups this complexity is reduced to simplistic but very catchy slogans. When that happens, we are at risk of losing sight of the original goal.

Take animal welfare campaigns like ‘Wool is Cruel’, ‘Meat is Murder’ and ‘End the Cage Age’, for example. In an instant animal welfare can be summed up in three or four words, and another eminent moral ‘wrong side’ is presented matter-of-factly to the public. However, it is far from this simple. Taking the cage reference as an example, although there are plenty of good reasons to associate free–range housing systems with good animal welfare, it is not always the case: mortality amongst egg-laying hens is for example higher in free range systems than cage systems. If scientific knowledge is to guide our ethical decisions, and animal welfare indeed is the goal, livestock production practices cannot be reduced to a simple matter of free-range or not.

Likewise with the climate debate. Replacing animal products with plant-based alternatives is not the universal solution to climate change. Such simplicity wipes away a number of other important environmental aspects like biodiversity, our rural fabric and landscapes and ethical considerations, for example food supply and security, also for developing countries, the importance of valuable nutrients like animal protein in our human diets, cultural activities, or the inherent circularity of upcycling hides and skins to leather or natural textile fibres, which are long-lasting alternatives to fast fashion textiles based on plastic.

With no intention to contribute further to the already polarised image of ‘rights and wrongs’ on our dinner plates (most of us who eat meat indeed also like vegetables!) it is also relevant to point out that vegetarian diets are not environmentally neutral either. A kilo of nuts for example requires twice the amount of fresh water required to produce a kilo of chicken, and although livestock may have a higher environmental impact than vegetables and other plant products the example still serves the purpose of illustrating that the climate debate is far from simple.

Yet, if our ultimate goal is a reduction in greenhouse gasses, and we otherwise accept the premise of people eating food, it is commonly acknowledged that the by far most effective way to do so is to replace fossil fuel energy sources with green alternatives. This is what we could call picking the lowest hanging fruit, even if this is not particularly well reflected in the public debate. We might add to this perspective that livestock excels in green energy sources like biogas and biofuels.

Moral pluralism is a precondition for our free liberal societies. The nature of values is that people have different moral opinions and, more often than not, these are contradicting each other. Viewing both animal welfare and climate change through a critical livestock perspective is perfectly legitimate, but we find that the livestock debate has come to a point where values are promoted as facts, and myths or prejudices about livestock are readily fuelled by interest groups with a simple yet effective narrative: for economic gains alone, and against a backdrop of animal neglect, animal agriculture is to be blamed for climate change.

European Livestock Voice, a coalition of different animal sectors with offices in Brussels, have come together to do exactly what the name suggests: to create a voice for those actually involved in livestock and to restore some balance in debates over important societal issues like animal welfare and climate change. It is evident that old values sometimes must give room to new values, but when and if they do it is in society’s interest that this happens on a factual basis. It is likewise important that complex ethical issues are treated like complex ethical issues. This would for example imply that animal welfare cannot be reduced to perhaps a well-meaning version of ‘animal justice’, but must be considered in the context of all stakeholders with an interest at stake. While a ‘sin tax’ on animal protein may seem like a simple solution to climate change, it will also contribute immensely to human economic equality, which too is a relevant ethical issue. A qualified democratic debate can never be simple. And when it comes to policy-making, debates and discussions must be based on science and facts.