By Elmar Baumann | Association of the German Biofuel Industry 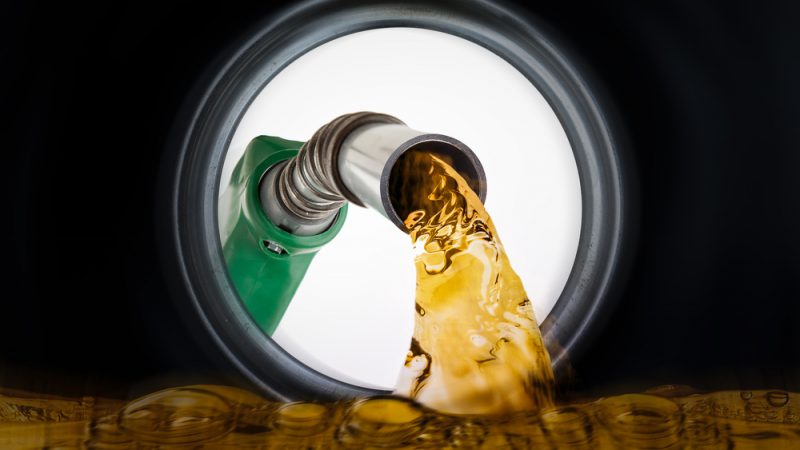 "It seems almost tragic that the transport ministry has no responsibility for the biggest readily available alternative to fossil diesel and petrol in Germany: the Biofuel policy. This is handled by The Federal Ministry for the Environment (BMU)." [Nexus 7 / Shutterstock]

The German Federal Ministry of Transport might be heading for difficult times in the next decade. On the one hand, the department is under pressure from the EU Effort Sharing Regulation (ESR), writes Elmar Baumann.

Elmar Baumann is the managing director at the Association of the German Biofuel Industry (VDB). See the op-ed in German too.

On the other hand the German legislation has agreed to a Climate Protection Act that prescribes a dramatic reduction of emissions. As the core requirements derive from the Paris Climate Agreement and related European laws that oblige national ministries to act, the challenge of greenhouse gas reduction in transport and also the conflicts described below among Germany’s ministries are likely to exist in all EU member states.

The German Climate Protection Act specifies in detail how emissions in the sectors transport, buildings, agriculture and waste management must decrease by 2030. In transport alone, the federal government is faced with the task of reducing annual greenhouse gas emissions from currently over 160 million tons of CO2 in ten years’ time to 95 million tons, i.e. an incredible 42%.

The responsibility for meeting the target lies with the ministry, in whose area of accountability the sector falls, thus in this case the Federal Ministry of Transport (BMVI).

According to concordant results of two studies, the measures conceived to date by the Federal Government are not sufficient to achieve the goals it has set itself (Öko-Institut for the Federal Environment Ministry, Prognos for the Federal Ministry of Economics).

For the transport sector, which is largely responsible for missing the targets, the research institutes show that in 2030 emissions will not decrease to 95 million tonnes of CO2, but to around 125 million at best. Even with complete implementation of the measures in the climate protection program decided last autumn, the target will be missed by a wide margin.

The Climate Protection Act also stipulates that an independent council of five experts will assess whether and to what extent permissible emissions of a sector have been exceeded.

When exceeded, the responsible ministry must then work out an immediate program within three months which is examined by the expert council and approved by the Federal Government, so that emissions can be brought back onto the “path of virtue”. The ministry involved will be subject to close scrutiny by the external control body during the process.

To date, deviations from emissions reduction targets in the transport sector are blatantly large. German transport emissions are not declining, but are growing, resulting in multiple climate policy failures.

In the light of this, it would be very much in the interest of the transport ministry to take early measures to reduce the consumption of fossil fuels, which are the primary cause of emissions in the German fleet of around 65 million diesel and petrol vehicles.

And indeed the ministry is promoting, with significant financial resources, various innovative technologies. However, these are still in their infancy, and will not bring significant climate action progress to the sector by 2030.

It seems almost tragic that the transport ministry has no responsibility for the biggest readily available alternative to fossil diesel and petrol in Germany: the Biofuel policy. This is handled by The Federal Ministry for the Environment (BMU).

Biofuels currently account for more than 98 percent of renewable energy used in road transport and, according to the Federal Office for Agriculture and Food, saved approximately 9.5 million tonnes of CO2 in Germany alone in 2018.

Nevertheless, the BMU has been trying to limit the use of sustainable biodiesel, bioethanol and biomethane for years, with some damagingly effective results. The BMU recommends the use of  more electromobility in road transport. Of course this would be welcomed by all.

But according to the study written by the Öko-Institut and commissioned by the BMU, the use of electromobility will  definitively not grow enough  to achieve the goals of the regulation. Therefore a conflict between the BMVI and the BMU is inevitable.

In order to mitigate the missed targets, the Federal Ministry of Transport will have to take immediate, lasting and far-reaching measures to achieve deep emissions cuts. No matter what it does the Ministry would have to spend large amouns of money to take these measures. The transport budget is one of the largest in the federal ministries.

But due to constraints of the ESR it is expected that the ministry will have less room for manoeuvre in the coming years. Under the ESR, the federal government is obliged to massively reduce greenhouse gas emissions by 38 percent compared to 2005 by 2030.

If it does not succeed Germany must buy Emission Allowances from other EU member states. This is likely to burden the federal budget to the tune of many billions of euros. The burden is expected to be passed on to the ministries in proportions matching the missed targets of their competencies.

The use of biofuels in the coming 10 years would considerably relieve the federal budget, as the research institute DIW Econ has concluded in its study of the matter.

There are difficult times ahead for the Ministry of Transport. Both the Climate Protection Act and the ESR impose challenging emission reduction targets, and both are subject to sanctions.

But the ministry responsible for action lacks the authority to promote the solution. Sustainable biofuels are verifiable, enforceable, immediate and permanent in reducing emissions from traffic – that power lies with the ministry of environment.

The transport ministry should act to redress the imbalance: It should promote reform in Brussels. Emission reductions from renewable fuels must be counted towards CO2 emission standards for cars and vans.

And it should promote a step-by-step plan for more biofuels in Germany, to bring the Federal Transport Ministry closer to its climate target.