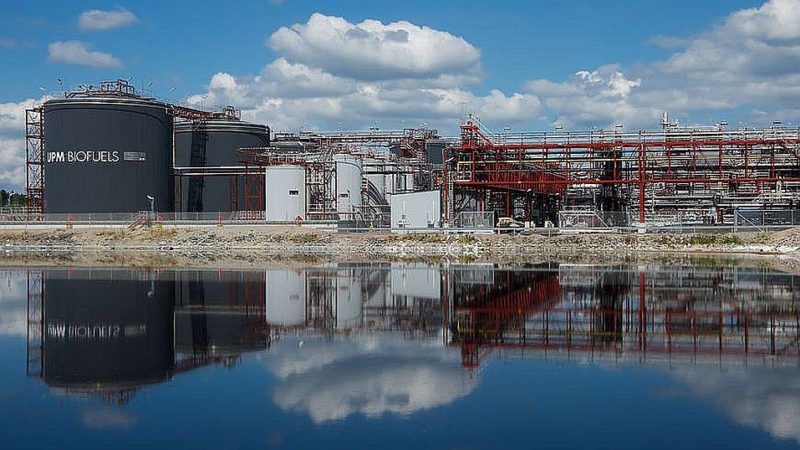 The International Energy Agency confirms that sustainable biofuels are needed to secure transport decarbonisation. The European Parliament’s Industry Committee, for its part, confirms the need to set a specific mandate for advanced biofuels, writes Marko Janhunen.

Marko Janhunen is the chair of Leaders of Sustainable Biofuels (LSB) and vice-president of UPM Biorefining.

The European Parliament’s industry committee last week assessed the Commission’s proposal for a review of the renewable energy directive (REDII) published a year ago. The ITRE vote confirms their support of the obligation for advanced biofuels for the next decade.

With a binding target to increase biofuels made from feedstock listed in Annex IX part A from 0.5% in 2021 to 3.6% in 2030, the industry committee backed the current development of industrial production capacity.

This is in line with the International Energy Agencies (IEA) “Technology Roadmap: Delivering Sustainable Bioenergy” whose updated version was published last week. The roadmap identifies the necessity of advanced biofuels for a successful decarbonization of the transport sector.

According to the IEA, biofuel consumption must triple by 2030, with advanced biofuels contributing two-thirds to that. This would call for an expansion of the current advanced biofuels production by at least 50 times by 2030.

In the European Union, advanced biofuels production capacity is growing steadily and there are several examples showcasing this development.

The EU is home to innovation-driven companies that have developed the capabilities and skills over the past decade to transform cellulosic residues and waste-streams into clean and environment-friendly transportation fuels.

In Finland, UPM operates the world’s first commercial-scale biorefinery for the production of renewable wood-based diesel. ST1 has begun production of cellulosic ethanol from sawdust and has produced ethanol from waste in their six units for almost 10 years now.

ENERKEM, headquartered in Canada, together with AkzoNobel, the Port of Rotterdam and AirLiquide, is planning to build a large-scale plant in Rotterdam to transform municipal solid waste into clean transportation fuels. Energochemica is building a second generation biorefinery in Straszke, Slovakia. In the UK, Renescience opened the world’s first commercial-scale facility transforming waste into recyclables and energy in 2017.

These are just some of the projects that have already been made public. The advanced biofuels industry is currently working on many more projects at earlier stages of development.

Within the EU boundaries, there are plenty of opportunities to develop advanced biofuels in a sustainable manner optimised to the specificities of the different member states. Most importantly, feedstock is available in practically all member states, as demonstrated by several studies (e.g. Wasted: Europe’s untapped resource).

These examples show that the advanced biofuels industry in Europe is well on track. However, the deployment of advanced biofuels has to be accelerated substantially if the EU is to meet its climate objectives.

While emissions from all sectors decrease, the GHG emissions in transport continue to rise, as stated by the European Commission in its Third Energy Union Report issued at the end of November.

The report said that overall, between 1990 and 2016, the EU’s combined GDP grew by 53%, while total emissions decreased by 23%. However, in the transport sector, greenhouse gas emissions continue to rise.’

Transport will need to deliver its fair share of the climate engagement. The challenge is huge and there is no silver bullet for decarbonising transport. Electromobility surely is one possibility and strongly promoted in the clean mobility package presented on 8 November by the Commission.

However, the rate at which electric vehicles are being introduced is much slower than expected. This means that European citizens in 2030 will still predominantly drive cars with an internal combustion engine – powered by liquid fuels.

For planes and heavy-duty vehicles, electrification is even further away. Business as usual in the liquid fuels market is therefore not an option: If the global warming is to be kept well under 2 degrees Celsius, Europe has to take action now and introduce sustainable transport fuels such as advanced biofuels.

The recent history of biofuels in Europe show one thing: advanced biofuels will not simply fall from the sky. After years of discussing the right policy framework, it is high time to send a clear signal to investors. This is where the REDII currently under discussion can make a real difference.

The introduction of an advanced biofuels obligation will lead to a stable and predictable business environment that reinforces investors’ confidence. As the IEA in its roadmap recommends, mandatory obligations for the deployment of sustainable novel fuels and for specific subcategories that are at different stages of technical and market maturity are needed.

The ITRE vote in this respect is a step in the right direction. It is now up to the European Parliament’s plenary to stand united in support of a binding target for advanced biofuels listed in Annex IX part A. The Council plans to come up with a position still before Christmas.

Member States should look at the investment examples above and understand that a domestic advanced biofuels sector can bring multiple benefits to their economies in terms of green growth and jobs. For many regions in Europe, this realisation would be a timely Christmas present from Brussels.