Mah Siew Keong: "Palm oil ban would be discriminatory and lead to a possible WTO challenge, has been well-documented." [IAEA Imagebank/Flickr]

None of the palm oil producing governments have yet made any statement in the European media about the EU’s plan to ban biofuels from palm oil. This op-ed by Malaysia’s Datuk Seri Mah Siew Keong explains why the EU’s palm oil policies can prove to be dangerous.

Members of the European Parliament’s environment committee voted on 23 October to ban biofuels produced from palm oil, as part of the revision of the Renewable Energy Directive.

That such a ban would be discriminatory and lead to a possible WTO challenge, has been well-documented. Perhaps what is more important for MEPs, and others, to consider is the wider impact of such an approach, in particular, for EU trade policy.

President Jean-Claude Juncker’s recent State of the Union speech contained a key line that neatly summarises the importance of trade both for EU member states and for their trading partners.

He said: “Trade is not something abstract. Trade is about jobs, creating new opportunities for Europe’s businesses big and small. Every additional €1 billion in exports supports 14,000 extra jobs in Europe.”

The President’s words are welcome. He speaks for the silent majority throughout Europe, of businesspeople, consumers, workers, unions, and others who all benefit from improved and increased trade opportunities.

However, these opportunities require the EU to be serious about engaging constructively and respectfully with trading partners. In South-East Asia, the approach to palm oil is an indicator that the EU’s strategic objectives in the region are being overtaken by short-term politics.

A prime example is the EU’s current approach to Malaysia’s pioneering new sustainable palm oil standard, the MSPO (Malaysian Sustainable Palm Oil). As a trading partner, Malaysia hopes for – and expects – a positive reaction from the EU institutions towards MSPO, including eventually a formal recognition of the standard. MSPO, while extremely important, is not the only palm oil-related issue that needs consideration.

A resolution on Palm Oil, approved by the European Parliament in April this year, made little impact in European media, but it made headlines for weeks in Malaysia and continues to do so.

Prime Minister Datuk Seri Najib Razak stated clearly at the time that the EU’s approach was unacceptable and could lead to trade retaliation. In Brussels, calling for a ban on palm oil may be seen as a quaint pet project of a few MEPs. In Malaysia, it is seen as an existential threat to families and livelihoods.

Failing to understand the seriousness of the situation, the European Commission’s response did not correct the errors that caused such anger in Malaysia and across the region; rather, it compounded them.

Take, for example, the claim made by the MEPs that palm oil is responsible for 40% of global deforestation. This is wholly untrue, as confirmed by the EU’s own detailed research. In Malaysia – the world’s second-largest palm oil producer – over 56% of the country is covered in forest. For comparison, the euro area’s average forest cover is a mere 38%.

The Commission’s response also did not fully account for the importance of the MSPO certification standard. In doing so, the Commission has leant towards existing European-backed certification schemes, over those of its trading partners.

MSPO was developed under national and international rules for standard-setting with the backing of the Malaysian government. Malaysia believes the marketplace can accommodate more than one certification scheme, and therefore a balanced regulatory approach is preferred. The EU could support such a balanced approach, by ensuring that it does not erect regulatory barriers that would disadvantage MSPO.

The recent environment committee vote on the RED has confirmed suspicions. In addition to the ban on palm oil biofuels, MEPs chose to discriminate against advanced palm biomass on approved EU lists; and to game calculations of GHG emissions to favour European-grown oilseeds.

This overall approach to palm oil is a strategic error: the short-term agenda of the vocal minority is being placed ahead of the long-term interest of the European Union in the South-East Asian region.

EU leaders would do well to recall that trade is a two-way street. Palm oil exported from Malaysia today passes many high-value European exports travelling in the other direction. Aircraft and aircraft parts, electronics, foodstuffs, and professional services from across the EU are booming in Malaysia, creating jobs and enhancing growth for EU countries. As President Juncker stated, the benefits to Europe from trade with Malaysia are not abstract.

A more transparent and inclusive approach to regulation that affects other partners is required. Naturally, Malaysia would expect to be fully involved in discussions in Brussels relating to palm oil.

These are not small decisions: the EU’s strategic approach to trade and foreign relations with South-East Asia is important for jobs, security and advancing prosperity. It should not be side-tracked by short-term politics.

Billions of euros of European exports, investments, and sales to one of the world’s fastest-growing regions are at stake. The livelihoods of 650,000 Malaysian small farmers are also at stake. If the Commission is serious about prioritising trade, then the EU needs to adopt a more balanced and inclusive approach to palm oil, with producer countries to the fore. 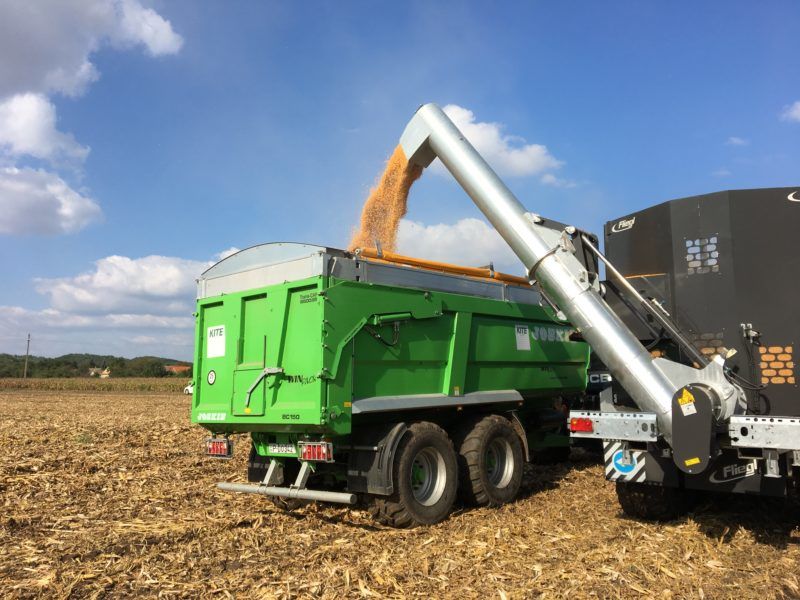 The European Commission’s proposal to gradually phase-out first generation biofuels by 2030 will have a “major” negative impact on Hungary’s rural development, the ministry of agriculture told EURACTIV.com.