Kristina Wittkopp is a better trade and regulation analyst with Transport & Environment (T&E), a sustainability NGO.

Biofuels are top of the EU agenda these days. And that’s not just because we’re headed for the final trilogue discussions on the Renewable Energy Directive (RED) but also because of biofuels interfering with Europe’s trade relations.

Led by Indonesia and Malaysia a group of countries are threatening the EU with Trump style trade wars after the European Parliament voted to disqualify palm oil biodiesel from the EU’s clean fuels regulation after 2020. At the same time the EU is trying to negotiate a series of trade deals with a number of these countries.

Europe’s biofuels policy and trade policy are intimately linked. The EU’s biofuels law (the RED) is the main driver of demand for biofuels on the continent. Increasingly, biofuels are made from imported crops. For example, half of EU palm oil imports is burned in diesel cars and trucks.

The reason for the success of palm oil is simple. It is much cheaper than European crops such as rapeseed or more sustainable biofuels based on wastes and residues. Other than in the food market where customers can avoid products with palm oil, for biodiesel there is no transparency and consumers don’t have a choice.

To date the EU has adopted a somewhat ad hoc approach to deal with this problem. On the one hand the Commission has half-heartedly proposed to phase out unsustainable crop biofuels – that’s basically what the RED discussions are about. At the same time the EU trade department slapped anti-dumping duties on Argentinian and Indonesian biodiesel (made from soy and palm) in 2013.

If that doesn’t look like a very consistent set of policies, that’s because it isn’t. So it shouldn’t come as a surprise that EU’s efforts have been singularly ineffective. To illustrate this, let’s have a closer look at what happened to the European biofuels market between 2012 and now.

In 2009 the EU had set a biofuels mandate. That caused a rush for biofuels, which was increasingly met by biodiesel imports from Argentina and Indonesia. To stop the influx of cheap biodiesel from the two countries the EU introduced anti- dumping duties in 2013. As illustrated by the graph below this led to a 99% decline in biodiesel imports from Argentina and Indonesia between 2012 and 2014. 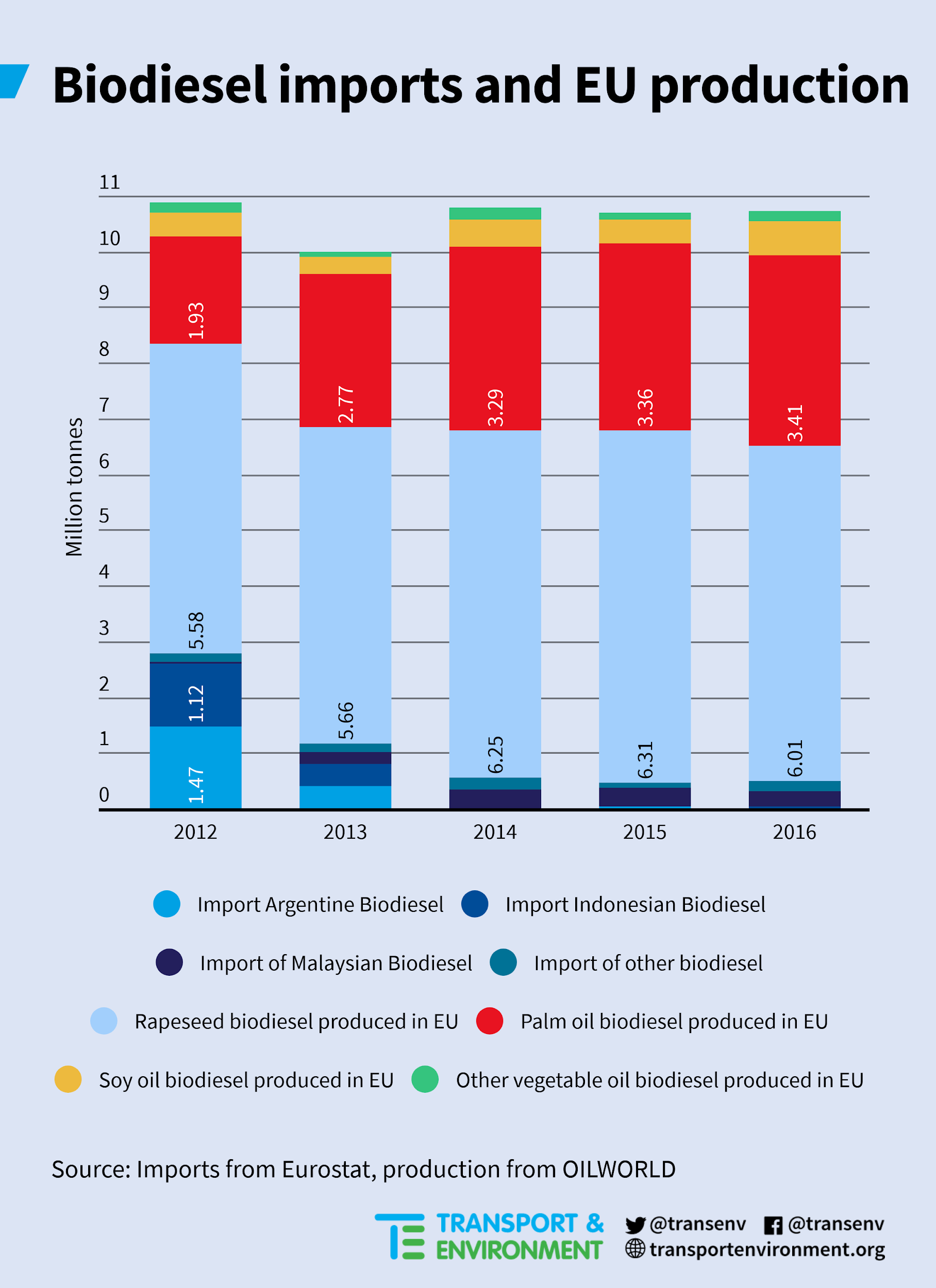 Eurostat data show this gave an immediate boost to Argentine biodiesel exports. After the duties were removed, we imported 738,000 tonnes of Argentine biodiesel between September 2017 and February 2018 – compared to zero in 2016. In 2018 imports are expected to exceed 2012 levels with volumes of 1,5 million tonnes. The same will happen for Indonesian palm oil biodiesel once its duties are recalculated. The only hope on the trade front is that the Commission would take into account environmental dumping when recalculating these duties.

The backstory to all ups and downs of the various feedstocks is the simple fact that in an open ‘market’ – so one without anti-dumping duties and a blending mandate that ignores environmental performance – EU biodiesel and certainly genuinely clean advanced biofuels are at a disadvantage. Palm oil prices have consistently been lower than soy and rapeseed and over the last 5 years soybean was on average cheaper than rapeseed.

The above is yet another indication that Europe’s biofuels policy is failing. It failed as a climate policy – first generation biodiesel is 80% worse than oil, palm oil biodiesel three times worse; it failed as an energy security policy – we’re increasingly dependent on imports; and it’s about to start failing spectacularly on the trade policy front.

The moral of the story is that we can’t use trade policy as a quick fix for domestic policy failures. If we want to stop burning dirty palm and soybean oil in our cars and trucks, we need to fix the Renewable Energy Directive. The best approach would be to completely phase out first generation biofuels from the RED – which is what we proposed. A second best is Parliament’s plan to freeze the use of first generation biofuels and completely exclude the dirtiest types of biodiesel.

But there’s another important lesson here. The market for vegetable oils is international and interchangeable. So if we only disqualify palm oil biodiesel from the RED, there’s a big chance soybean biodiesel imports are going to fill the gap. Soybean biodiesel is twice as bad for the climate as fossil oil so not a good alternative to palm.

That’s why the right way to implement the Parliament’s palm oil amendment is to use an objective methodology that disqualifies all biofuels with very high deforestation risk. That would also make it robust and difficult to challenge in the face of likely complaints by Indonesia and Malaysia. 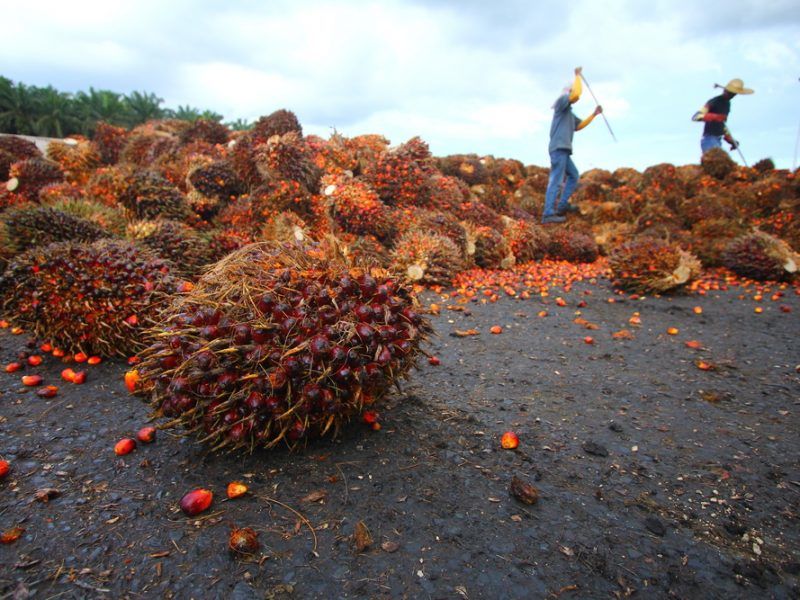 On 27 February 2018, the first informal trilogue on the promotion of the use of energy from renewable sources will take place in Brussels.