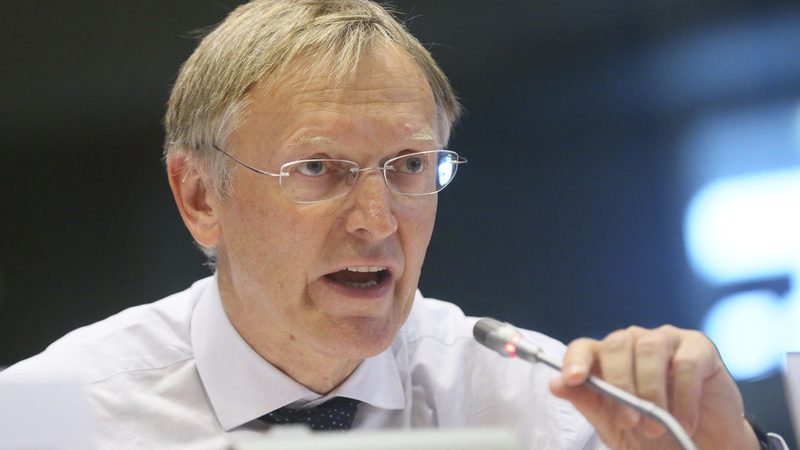 Europe’s hesitation when it comes to nature is "short-sighted, misleading, and even self-destructive", according to former Environment Commissioner Janez Potočnik [EPA]

As the world scrambles to fend off the impact of yet another food crisis, opportunistic efforts by lobby groups to delay nature restoration laws are likely to make things worse, writes former Commissioner Janez Potočnik.

Indeed, the situation is dire. Middle Eastern and African countries that rely heavily on wheat imports from Russia and Ukraine are at increased risk of malnutrition, extreme poverty and social unrest. Meanwhile, global food prices have already hit an all-time high.

The response to a crisis of this magnitude requires brave leadership and evidence-based guidance. Yet, it seems that the reaction from European policymakers has so far been guided by vested interests rather than science.

The postponement of new reduction targets for the use of pesticides is a case in point. Agreed as part of the EU’s strategy to bring farming back within planetary boundaries, the announcement of new targets has been delayed as the EU ramps up animal feed production in areas set aside for biodiversity.

The EU’s upcoming Nature Restoration law is now also being targeted. The Commission’s plan to restore vital ecosystems such as carbon-rich peatlands and mitigate the impact of climate change was meant to be published last month, but it’s now been postponed using the war as an excuse.

Is this approach still consistent with the vision presented in the EU’s Green Deal?

For now, one thing is certain: Europe’s hesitation when it comes to nature is short-sighted, misleading, and even self-destructive.

Nature is our most powerful ally in the quest for food security. Bringing back healthy ecosystems is a precondition to help farmers avoid crop failures and stave off the impact of climate change on agricultural land. In other words, it’s our safest bet to ensure that the Earth will be able to produce enough food to feed its people in the future.

The good news is that creating space for nature and making food available for all go hand-in-hand. There are two main steps that Europe can take to achieve these goals.

Firstly, we must stop burning food for energy. Every day, Europe turns 10,000 tonnes of wheat into ethanol for use in cars – the equivalent of 15 million loaves of bread.

Secondly, we need to scale back livestock numbers while supporting farmers facing sky-rocketing feed prices and need to quickly adapt to the new reality. This should be a priority considering that 62% of European cereals are used to produce either animal feed or pork, beef and poultry – although meat and dairy consumption in Europe far exceeds what can be considered a healthy diet.

If we are genuinely concerned about food security, then we should prioritise producing protein-rich and plant-based food for people, not for animals and cars.

Of course, in the short term, these steps would have to be accompanied by a plan to support farmers and people in vulnerable regions of the world. The world, which currently produces more than enough food to feed every person on the planet, must keep trade open and push back against inaccurate arguments about food security. As the figures show, the problem with today’s food system is not so much in production but rather in its wasteful practices and unfair distribution.

The bad news is that the window of opportunity is closing fast as biodiversity loss and climate change-induced droughts make the prospect of food insecurity more than real.

Soil degradation across the EU already affects 61 to 73% of agricultural land, limiting the bloc’s ability to produce food in some regions. Erosion alone is causing losses of almost 3 million tonnes of wheat and 0.6 million tonnes of maise per year.

Globally, land degradation has already reduced the productivity of 23% of land surface, with up to $577 billion in annual global crops at risk from pollinator loss.

You won’t see these figures in most political slogans about food security. Yet, science tells us that the gradual collapse of nature will only exacerbate food security concerns.

In fact, this is already happening. The war in Ukraine has accelerated a trend of increasing food prices which in 2021 were already higher than they had been for a decade. The reason? Disruptions to supply chains caused by the Covid19 crisis and bad harvests in producer countries hit by extreme weather.

This shows that our supply chains and economies are fragile, and it is, therefore, essential to make them more resilient. Prescribing pain killers without treating the disease will only lead to more pain.

We need to accept that business, as usual, is no longer a safe course of action. The world needs more nature, not less – and it needs it now if we are to prevent the next big crisis from which we might never recover.