Even in wealthy nations, malnutrition is a serious public health problem 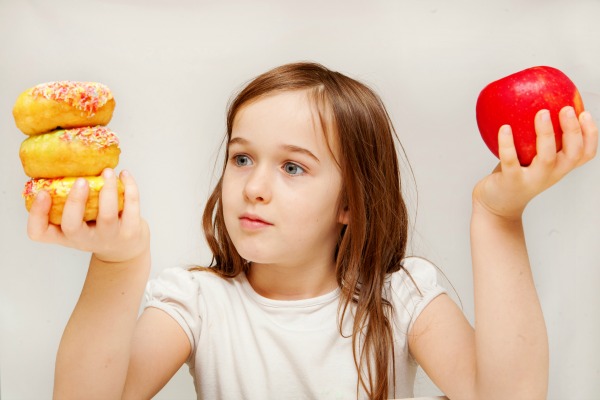 According to World Obesity, 19.7% of preeschool children in Greece are overweight or obese, compared to 16% in Spain, 11.6% in Belgium and 9.9% in Germany [Shutterstock]

Manfred Eggersdorfer is senior vice-president and Head for Nutritional Science Advocacy at DSM Nutritional Products, one of the world’s leading suppliers of vitamins and other ingredients to the feed, food, pharmaceutical and personal care industries.

Our next generation of World Cup players – as well as our next generation of entrepreneurs, teachers and engineers – is attending preschool today. Some will grow up to achieve their full potential. Some will not. One of the most important determinants of success is good nutrition, and even in wealthy nations, malnutrition is a serious economic and public health problem.

Malnutrition happens in wealthy countries in part because access to nutritious food depends on income. There are proven policies governments can embrace to eliminate nutrition inequities, improve health and increase prosperity. Food fortification is one such policy.

Fewer people go hungry in Europe today, but many – up to three-quarters of the population in some countries – suffer from a form of malnutrition known as hidden hunger. They consume enough calories, but do not get enough of the vitamins and minerals (micronutrients) they need to grow, function, stay healthy and fight disease.

On an individual level, vitamin deficiencies and inadequacies can permanently impair an individual’s physical and intellectual development, as well as future productivity. On a national level, hidden hunger increases health care costs and hobbles economic growth.

Buying healthy foods may not be a realistic option for low income families. A recent study of food prices across ten countries found that healthy eating costs an average of €1.10 more per person per day. For low income families who typically spend about €4.40 per person on food, that’s a 25% increase. It adds up to an extra €1,600 a year for a family of four. For many families, healthy eating is simply out of reach.

Income-based nutrition and health disparities are stark even in wealthy countries. In the UK, the situation is so dire that earlier this year, 170 scientists wrote an open letter in the Lancet to Prime Minister David Cameron calling for action on nutrition poverty. They cited “a vicious circle…with poorer people having worse diets and contributing to the worrying rise in obesity, diabetes and other dietary-related diseases.”

In Finland, children from low-income families are less likely to consume fish, fibre-rich bread and skimmed milk than their wealthier counterparts. Less than 5% of low-income Finnish children consumed fruits and vegetables as recommended. These children also had lower intake of vitamin D, iron, fiber and omega-3s. In the US, research shows that higher socio-economic status means eating more meals as a family, having healthy foods such as fruits and vegetables available in the home and eating less fast food.

Fortifying food is a low-cost, high-impact solution that can improve the nutrition of an entire population. Food fortification involves the addition of essential micronutrients to staple foods normally consumed, such as flour, salt, milk and cooking oil.

The return on investment can be huge. Less than a century ago, micronutrient deficiency diseases like beriberi, goiter, rickets and pellagra plagued the globe. Today they are rarely seen in developed nations, thanks to various food fortification programs.

In Switzerland, for example, nearly all schoolchildren had goiter at the beginning of the 20th century. After salt iodization was introduced in 1922, goiter prevalence fell sharply. Today, the entire Swiss population has adequate iodine levels. This was a boon to productivity as well, as iodine deficiency is also the most common cause of preventable mental impairment.

In the US, niacin deficiency caused 7,000 fatal cases of pellagra per year until fortifying flour with B vitamins was introduced. Rickets afflicted many underprivileged children in the northeastern US, including 75% of infants in New York City, until milk began to be fortified with vitamin D. Folic acid fortification of flour, mandated in 75 countries, has led to a 50% decline in brain and spine birth defects in babies.

Yet, as this map shows, most European countries do not yet mandate folic acid fortification of staple cereal grains. And a 2012 study published in the Journal of Nutrition found that 44% of Europeans are iodine deficient. The UK and Ireland, where iodization of salt is not regulated, were among countries faring the worst.

By contrast, Denmark, which mandates the use of iodized salt used in bread production, and Portugal, which encourages iodine supplements for pregnant women, both have “optimal iodine nutrition.” Voluntary fortification is not enough. Research shows that it does not reach all populations at risk of vitamin deficiencies.

As the leaders of World Cup nations think about how to best invest in the future, it is critical that they prioritise nutrition. They must enact smart policies that ensure all people are not only getting enough food, but also enough nutrients. When foods are fortified with essential nutrients, there is better nutrition in every parent’s shopping cart, regardless of income.

If we invest in nutrition now, by the next World Cup there will be a generation of well-nourished preschoolers with the same potential to grow, thrive and succeed.