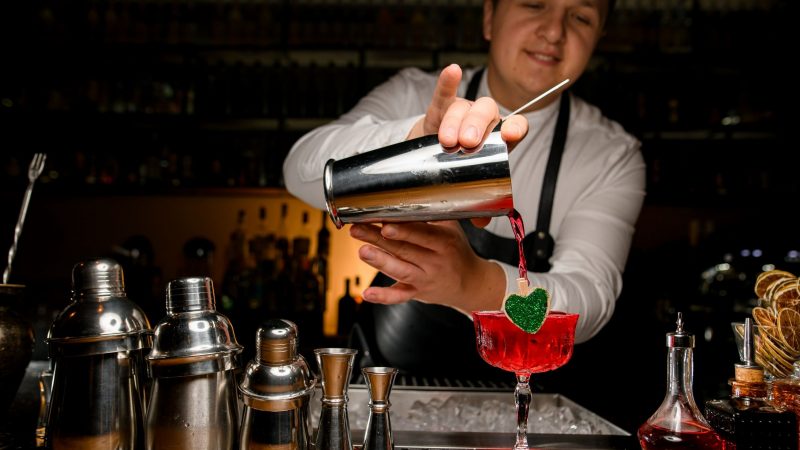 April marks the start of spring, but there can be no doubt that there is still a chill in the air across much of Europe. Though there may be a budding optimism that the worst impacts of the COVID crisis are over, for the many businesses put on ice by pandemic restrictions, the thaw will be long and gradual.

Manu Giró is the President of spiritsEUROPE and CEO of MG Destilerías.

Of course, the enormous financial costs of the pandemic mean that politicians will now be on the lookout for opportunities to reduce spending and increase revenues. The danger is that this could mean tapering or abandoning support for the most affected sectors while at the same time hitting them with additional taxes that could stymie the recovery whose green shoots are only now appearing.

The most obvious example here is the damage that a hike in alcohol excise could do to the still fragile hospitality sector. Finance Ministers often see alcohol as an easy target, but examining the unintended consequences of sharp excise hikes and poorly considered decisions on alcohol pricing should give decision-makers pause for thought.

Not only would tax hikes lead to increases in cross-border shopping, reduced spending in hospitality and potential growth of the black market, they would disproportionately affect the young, low-paid workers who have borne the brunt of the pandemic.

Helping the hospitality sector get back on its feet

It will take years to fully assess the scale of the damage which Covid inflicted on Europe’s restaurants, bars, hotels and entertainment venues.

Repairing the damage to Europe’s hospitality sector should be a top priority because, for every €1 spent in hospitality, a total of €2.16 is invested in the overall economy.

Policymakers need to focus on how they can support this recovery, and one key aspect of this will be making the right decisions when it comes to alcohol excise.

After two years in which consumer spending plummeted, to ensure that the small businesses can thrive again, people need to start investing in their local economies again.

A sudden increase in alcohol taxes will deter people from spending, and the negative effects of this would reverberate throughout a sector which has been ravaged by repeated closures.

Instead of raising revenue, increases in the taxes levied on alcohol would actually cost governments by delaying the full recovery of sectors which depend on customers consuming alcohol responsibly. That would mean fewer people being employed and less revenue being collected.

Now more than ever, we need to insist on a policy approach which helps the recovery rather than hindering it.

High excise rates in some European countries have led to thriving cross-border trades in alcohol, such as that which exists along the border between Sweden and Norway or between Denmark and Germany.

On average, an alcoholic beverage costs almost half as much in Estonia or Latvia as it does in Finland, and this leads to many Finns taking sea trips to the Baltic countries in search of more affordable products.

Europeans feel the effects of this in ever-increasing bills, and more expensive drinks would increase the strain.

That is why calls for government policy designed to increase the cost of alcohol are so worrying.

Ireland’s new policy of minimum unit pricing (MUP) has increased alcohol prices well above market rates, and this is likely to increase the already lucrative cross-border trade with Northern Ireland, a risk that even the Irish Government has itself acknowledged.

Once again, a government policy of deliberately raising alcohol prices is likely to fail to achieve anything other than an exodus of consumers.

Instead of hitting consumers in the pocket and holding small businesses back, we need a fresh approach.

That means building on steps which countries like Estonia have made during Covid to assist the sector while looking at more broad-ranging reforms like the UK is considering to bring alcohol taxation into the 21st century.

The EU excise system is notoriously complex and favours certain forms of alcohol over others. We urgently need an evidence-based tax system which finally ends widespread discrimination against spirits by taxing different alcohol categories at the same rate.

At the same time, we need to consider how any decisions on alcohol taxation will affect Europe’s hospitality sector, and all stakeholders must continue to intensify our work to combat alcohol abuse.

Making the right decisions on taxation will be a crucial component of fulfilling this shared vision of recovery and progress.

As the days get longer and the worst of the crisis is hopefully put behind us, we encourage policymakers to take steps that will allow Europe’s hospitality sector and the entire drinks value chain to look forward to a brighter tomorrow.

We proudly represent one of Europe’s most valuable agri-food export sectors and, with it, the interests of 30 associations of spirits producers and 10 leading multinational companies. Distilled spirits are as diverse as the EU itself, spanning 47 product categories and including a host of geographically-specific products that contribute to the culture of their regions.