Fraudulent Used Cooking Oil biodiesel – bad for the climate and a blow to EU farm, oilseed and plant protein sectors 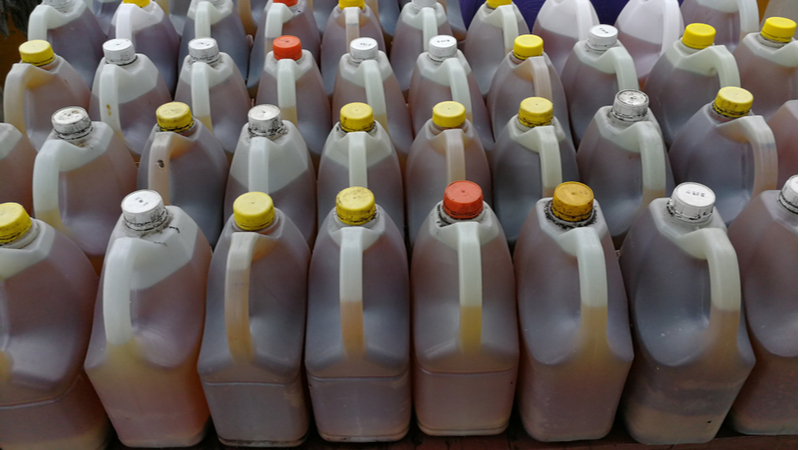 Today, 62 % of UCO processed for the EU is imported, and out of that 75% comes from Asia. [Shutterstock]

While the storm brews over fraud in Europe’s used cooking oil biodiesel it is a good idea to reflect on who is actually being defrauded.

Clearly the climate suffers.  Fraud means used cooking oil (UCO) which hasn’t genuinely been used for cooking, but more than likely comes from virgin palm oil, being falsely declared as UCO biodiesel under Europe’s Renewable Energy Directive.  The Directive provided great incentives for UCO, but not enough oversight to combat fakery, and this is recipe for malpractice.

The demand and use of UCO in Europe is massive, at 2.2 billion litres in 2017 according to Eurostat, and it is on a course to exceed 3 billion litres in 2020.  The percentage of UCO in raw materials for biofuels was 25% in Germany, 50% in the Netherlands and 64% in the UK and Ireland. In January this year Commissioner Canete stated that the revised Renewable Energy Directive for after 2020 puts a member state limit of 1.7% (of national transport energy) on the use of feedstocks such as UCO, to reflect the limits in the availability of these types of feedstock.  Ireland is at double this level and is among the countries that will have to cut back hugely.   But several countries are still under the 1.7%, so with the backlash against palm oil diesel and the rush to meet the 2020 targets of the renewables directive, the overall volume of UCO in the system is set to continue rising.

Today, 62 % of UCO processed for the EU is imported, and out of that 75% comes from Asia. As the sector grows, most of the additional volumes will probably come from outside the EU, where traceability is hard to monitor in certain countries and where virgin palm oil can easily leak into the complex far-flung supply chains.   As the European Court of Auditors made clear in its 2016 report on the matter, it is a challenge to monitor the supply chain, and the EU voluntary systems for monitoring it has not been providing sufficient evidence of the origins of the UCO.

This leads to questionable disparities such as, for example, that while Taiwan was only able to recycle twelve and a half thousand tons of cooking oil in 2017 it managed to export more than 11 million litres to the UK and Ireland alone, in the same year.   Or the report that Malaysia, a country with only minimal UCO collection infrastructure, is set to supply to Europe in 2019 two to three times more UCO per capita of its population than Europe is able to supply to itself.  If one is to believe the UCO data, Malaysia (the world’s biggest per capita producer of palm oil) is now a world champion of UCO collection.

The primary driver for such development has been the double counting rule set by the RED I and it will be continued in RED II. The double-counting mechanism was introduced to encourage development of UCO collection schemes from the European catering sector, and not to reward suppliers of imported biodiesel from around the world.  In the case of Ireland, 37.7% of its UCO was imported from outside of the EU in 2014. In 2018 the non-EU fraction had risen to 61.2%.  European UCO collectors are not earning the returns they need to develop bigger domestic collection systems, and this is a lost opportunity for the EU’s waste reduction ambitions.

The regulatory system itself is a victim, as it loses credibility.  Countries which are heavily dependent on UCO for their climate action in transport – such as the UK, Ireland and the Netherlands – are declaring climate progress results under the Directive which are likely to be fictitious to a significant extent.

But in simple economic terms it is the European farmers, feed processors and protein sectors that suffer

Domestic biodiesel production goes hand-in-hand with domestic protein production, because feed meal from oilseed processing contains high proportions of protein.  Phil Hogan, the outgoing Commissioner for Agriculture and Rural Development, has stressed that “plant protein is an essential component of our European agri-food sector, which produces food to the highest standards in the world. However, due to a variety of market and climatic factors, European protein crop production is not sufficient to cover the growing demand”.

Eliminating fraud in the UCO biodiesel sector would not only make a major contribution to redressing the protein imbalance but it would boost demand for domestic farm produce and downstream processing, give back credibility to the system, and help assure that the proposed European Green Deal of the von der Leyen Commission can translate into reality.

The Renewable Energy Directive was a climate measure intended to bring complementary benefits to the European agri-food economy.  This opportunity is at risk of slipping through Europe’s hands.  Surely it is time to fix it.