From farm to fork – from necessity to opportunity 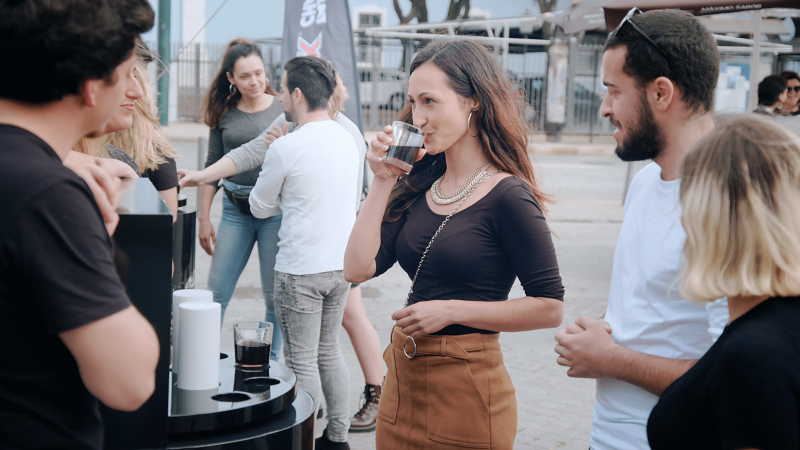 After more than 20 years working on EU policies, I gaze with open admiration at the very  progressive agenda that is being pushed forward by the EU to upgrade the sustainability of food systems, from farm to fork. The launch of the code of conduct for responsible business and marketing practices today is just the latest  example of such ambition before the summer break.

As the second-largest food company internationally, PepsiCo is well aware of the evident challenges that the food system is facing and has openly endorsed the collaborative work that the European Commission has led in putting together the code of conduct.  Not only do we accept that improving the performance of the food system is necessary and critical to the achievement of the Sustainable Development Goals, we believe that there is a major opportunity for food producers to take bold action right now.

This is why PepsiCo has embarked on a major transformation. This involves, among other things, becoming a carbon neutral company by 2040, ten years ahead of the Paris Agreement; ensuring that all our key ingredients are sourced sustainably by 2030; and restoring ecological health through regenerative agricultural practices to 2.8m hectares of agricultural land, equivalent to all the land used to grow crops for our products, also by 2030.

In Europe today we have an opportunity to go further and faster. PepsiCo has deep and far-reaching roots in Europe, with nearly 300, distribution centres and warehouses and more than 40,000 employees. European agriculture is critical to our supply chain: we buy over one million tonnes of potatoes and 100,000 tonnes of oats from European farmers each year.

As the Commission launches its code under the Farm to Fork Strategy today, PepsiCo is making new commitments in Europe that include:

By making these commitments we hope to make a tangible, ambitious contribution to the objectives of the Farm to Fork strategy, which embodies a transformative vision that we share.

The success of our commitments is tied to the success of the Farm to Fork strategy as a strong driver for systemic change.  And that depends, at least in part, on the EU making the right policy choices on issues way beyond food.  The investment we will make to drive innovation at scale and at pace will only pay off and continue if the EU continues to steadfastly uphold the integrity of the Single Market and provide a regulatory environment that facilitates transformation.

The success of food reformulation initiatives such as PepsiCo’s commitment on sugar reduction hinges on the EU maintaining a science-based, predictable regulatory framework for ingredients. More broadly, the European economy will not be a circular economy unless it is also an open, dynamic economy that stimulates and rewards innovation.

The scale and ambition of the Green Deal mean it is an unprecedentedly strong policy driver for change. The Farm to Fork Strategy articulates a vision and a plan to translate the green transition into meaningful action for the food system.

We are only half way through this year.  I look forward to what is yet to come.