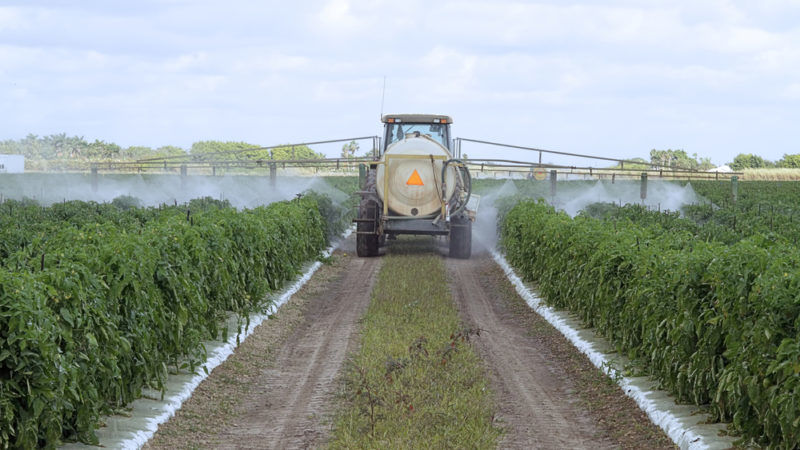 11 October is the key date for a parliamentary public hearing on glyphosate renewal. [Shutterstock]

André Heitz is an agronomist and a former international civil servant for the United Nations. In his last operational position he was the director of the WIPO Coordination Office in Brussels.

A number of MEPs are anxiously awaiting the AGRI and ENVI Committees’ joint public hearing on the renewal of the authorisation for glyphosate, the active ingredient in the world’s most popular weed killer, which is slated for 11 October.

This is far from an isolated hearing. In fact, it’s the latest chapter in the Monsanto Papers saga. The papers in question are related to complaints filed against Monsanto alleging that exposure to the weed killer Roundup causes non-Hodgkin lymphoma and that Monsanto covered up the risks.

The lawsuits rely heavily on the International Agency for Research on Cancer’s (IARC) classification of glyphosate as “probably carcinogenic” in March 2015.

The papers relating to the complaints were released by none other than US Right to Know, a non-profit that claims to pursue “truth and transparency in America’s food system” – which actually serves as a bullhorn for the organic food industry.

Their underhanded campaign has succeeded in casting doubt on EFSA and ECHA’s existing evaluations of glyphosate as safe – raising questions about whether their evaluations will even be considered for the renewal of glyphosate’s authorization.

Yet the so-called bombshells contained in the Monsanto Papers amount to nothing more than wild allegations and claims.

For instance, a single word in an internal e-mail has been puffed up as admission by Monsanto executives that they ghostwrote a scientific paper that EFSA and ECHA used in their assessments.

Monsanto has denied these allegations and the New York Medical College has reported there was no evidence that a ghostwriter was involved in the writing of “Safety Evaluation and Risk Assessment of the Herbicide Roundup and Its Active Ingredient, Glyphosate, for Humans” by Williams, Kroes and Munro (2000).

Additionally, both EFSA and ECHA have said they used hundreds of papers in their evaluation process – meaning that the paper at issue played a minor role, if any.

All this was to no avail. The conspiracy theory is both too seductive and too useful for those who are determined to scupper the renewal of glyphosate’s authorisation.

Yet there’s another side to the Monsanto Papers, which in fact provides ample evidence to debunk IARC’s inexplicable classification of glyphosate as “probably carcinogenic.”

According to formerly unreported court documents from the legal case against Monsanto, Dr Aaron Blair, a retired scientist from the US National Cancer Institute and chair of the IARC working group, was well aware of key data showing no proof of a link between glyphosate and cancer.

According to the documents, by the time that IARC was undertaking its assessment of glyphosate, the Agricultural Health Study (AHS), a prospective cohort study of 89,000 farmers and their spouses from Iowa and North Carolina that has been underway since 1993, had already produced updated data – data which showed no relation between glyphosate and non-Hodgkin lymphoma.

The findings were set to be published in an article but were eventually removed for an absurd reason: lack of space.

A separate scientific article for which two advanced drafts dated February and March 2013 were filed in court never made it to finalisation and publication – despite the fact that, in February 2014, one of the authors told his colleagues that it would be irresponsible not to publish the data in time for IARC to take it into account.

Dr Blair was in fact one of the authors of the study and he could not possibly have ignored their importance. According to his testimony, when he entered the IARC meeting room, he chose not to refer to the data, fully conscious that, had it been taken into consideration, the agency’s decision would have been different.

This is for a simple, but under the circumstances unjustifiable, reason: IARC only considers published data and publicly available papers.

IARC knows damn well that this is a problem. But it is now trying to wiggle out of its responsibilities by claiming that it “can [only] re-evaluate substances when a significant body of data becomes available in the public domain.”

The new revelations about IARC’s wilful ignorance of key data comes on top of other, equally damning evidence that has already been out in the open for a long time.

For instance, news that Christopher Portier, now a lobbyist for the US Environmental Defence Fund, was previously involved in IARC’s working group and helped massage the data enough to convince his colleagues to classify glyphosate as “probably carcinogenic.”

The activist-scientist and half of the members of IARC’s working group also sent a letter to Commission President Jean-Claude Juncker in November 2015, asking him to disregard EFSA’s assessment of glyphosate as flawed. Meanwhile, EFSA chief Bernhard Url tore up the letter and accused its signatories of “Facebook science.”

Given such a long history of controversy over glyphosate’s future, MEPs have high expectations for the public hearing. But they would be well advised to prepare for surprises. Perhaps, they will finally realise that they are being cheated and will come to see what’s really at stake here: farmers’ ability to continue feeding Europeans in a sustainable way.