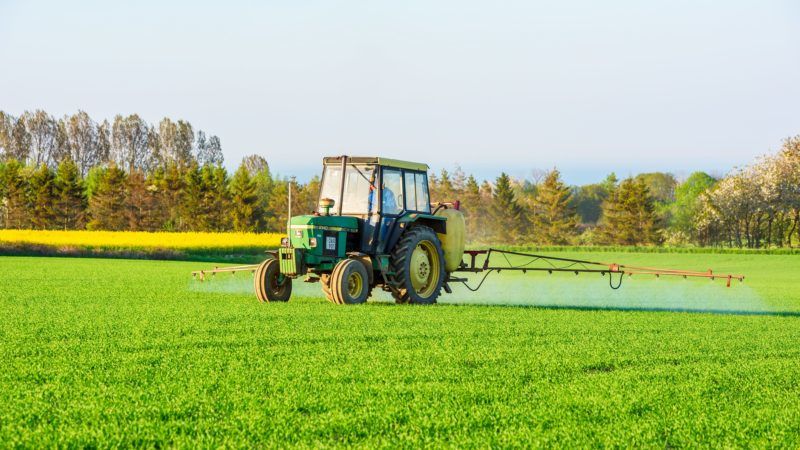 According to Phil Hogan's proposal, in the future, farm policy will mainly be dealt with by the respective EU capitals [Shutterstock]

Phil Hogan sent at least one clear message with his communication on “The Future of Food and Farming”: in the future, farm policy will mainly be dealt with from the respective EU capitals, writes Konstantin Kreiser.

Konstantin Kreiser is the head of EU Nature Policy at NABU (BirdLife and EEB Partner in Germany).

The member states should take care of the environment and with as little bureaucracy as possible. The Commission will transfer billions of Euros in Direct Payments, which member states can in turn invest in further intensification and cheap mass production. Lost in all of this are investments for a transition towards sustainable agriculture.

The environmental impact of Direct Income support is disastrous. And from a socio-economic perspective, subsidies are inefficient and have no proven EU added value. This was shown in an extensive and independent Fitness-Check of the CAP – a study which the Commission refused to carry out itself.

Hogan is now giving EU Governments the scope to shape flat-rate income support at national level. What remains unclear is how common EU goals can be reached, especially for biodiversity and climate. Similarly hazy is the question of whether this system will create huge distortions to the EU common market.

The Commissioner has laid out the bait: the CAP will become simpler and less bureaucratic. And Brussels promises to be less prescriptive towards Member States – who could argue with that? Perhaps member states where citizens actually want more regulation on pesticides or animal welfare? Or perhaps those for whom dramatic insect decline or climate change is not just another piece of trivia.

That said, we must admit that important goals and instruments for the environment and nature conservation were mentioned in the Hogan paper – and with the promise that the European Commission would be checking whether these results were reached.

At the same time: “cross compliance, green direct payments and voluntary agri-environmental and climate measures will be replaced and all operations integrated into a more targeted, more ambitious yet flexible approach”.

What is hidden behind these words is totally unclear. Success is completely dependent on whether the Commission is taking its role as a regulatory body seriously; this includes dedicating a serious amount of staff to this new function.

The Commission should also not shy away from attaching real consequences for failure to reach these goals: from proper sanctioning systems to reserving large parts of the budget for after convincing programmes have been put in place.

The Commission should also properly integrate environmental administrations, not just at EU but also at national, regional and local level. The German agricultural minister’s actions in the recent glyphosate case show that one can barely trust agricultural ministers to act in the broad interest of civil society.

If these conditions are not met, Hogan’s grand plans will be reduced to blank cheques – to the tune of billions of Euros – which member states can distribute as they like to the biggest lobby groups.

In general, it seems that Hogan has been distributing tranquillisers left and right – at the behest of his boss, Jean-Claude Juncker, who fears a long-winded battle brewing about the future EU budget 2021-2027. But this attempt has just massively failed. Juncker wants EU heads of state to get a political agreement between May 2018 (Proposal of Budget Commissioner Günther Oettinger) and the beginning of 2019 (European elections and Brexit).

Juncker wanted EU heads of state to get a political agreement between May 2018 (Proposal of Budget Commissioner Günther Oettinger) and the beginning of 2019 (European elections and Brexit). But this attempt has just massively failed.

Hogan’s proposals are not just unbalanced, half-baked and contradictory – they ignore science and the concerns of citizens. This is not the way to go about saving subsidies, especially in times of many EU budgetary challenges.

The ball is now in the court of Günther Oettinger, the EU budget Commissioner, who has to present a new EU budget by May.

NABU and its European Network, BirdLife Europe, have proposed a sustainable vision for what a new European Food and Land Use policy could look like.