How green is Europe’s tank? 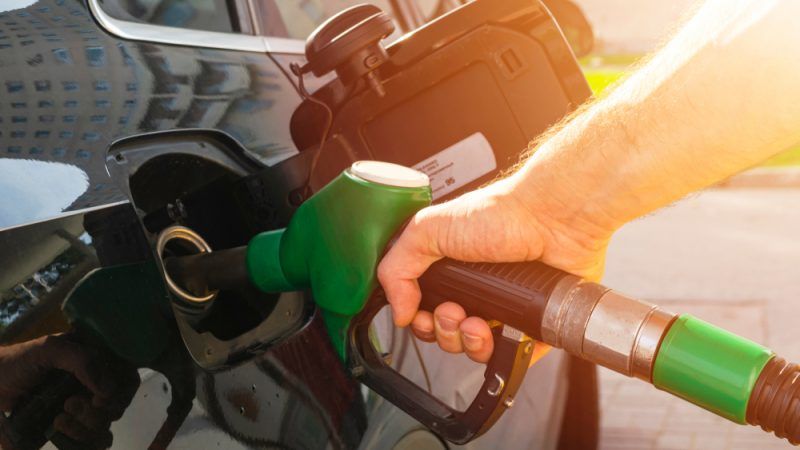 In several countries, petrol is blended with up to 10% ethanol, known as E10; the higher the blend, the greater the greenhouse gas savings. [Shutterstock]

As the need for climate action gets more urgent, new labels give motorists a clearer picture of fuels’ and cars’ eco-friendliness, writes Emmanuel Desplechin.

Emmanuel Desplechin is the Secretary General of the European renewable ethanol association (ePURE).

Motorists across the EU will notice something different at fuel station pumps and on new cars starting this week: a fuel-labelling system that gives clear information about the compatibility of their cars with climate-friendly biofuels they are putting in their tanks.

This change comes at a crucial time, as European policymakers try to respond to public concerns about car emissions. It also comes as international organisations continue to sound the alarm over the urgent need to act on climate change – and underline the importance of sustainable biofuels like ethanol as an important solution.

The new fuel-labelling system, which is due to be implemented across the EU28 and neighbouring countries by 12 October, is meant to help consumers choose the right fuel grade for their cars. Currently, most motorists around the EU are probably not aware that the petrol they are using contains up to 5% renewable ethanol – a biofuel produced sustainably from European crops, wastes and agricultural residues that delivers more than 70% greenhouse gas savings over fossil fuels.

In several countries, petrol is blended with up to 10% ethanol, known as E10; the higher the blend, the greater the greenhouse gas savings.

With the change, fuel grades containing ethanol will now be labelled clearly on pumps as E5 and E10 in all European countries. Fuel flaps on new cars will have the same labels, showing compatible blends. In some places, motorists may even see grades such as E85 – a “super-ethanol” blend that can be used in petrol cars that have been designed to run on petrol and any kind of ethanol blend up to 85%, or have a simple conversion box.

The need for fuels to be greener has never been more urgent. A report issued this week from the UN IPCC showed just how critical it is for governments to act to fight climate change. The intergovernmental panel of climate scientists warned of dire consequences for the planet if measures are not taken to reduce greenhouse gas emissions.

Another report from the International Energy Agency sounds a similar alarm, and talks about the significant “untapped potential” of biofuels for decarbonising transport.

The IEA confirms that bioenergy has a huge contribution to make in the global energy future. Among the report’s key conclusions are that there should be a bigger scale-up of conventional and advanced biofuels, and that biofuels and electric vehicles are complementary solutions to decarbonise transport.

Which brings us back to the new labels on fuel pumps and cars. They will do more than just highlight the level of GHG-reducing ethanol in the petrol blends motorists choose. They could also spur drivers to think more about how even a fuel grade can help fight climate change in today’s cars and light-duty vehicles.

That’s important because the EU is pushing to reduce greenhouse gas emissions and setting ambitious targets for renewable energy. Transport accounts for one-fifth of EU GHG emissions, and it’s the one sector in which emissions have actually been going up. Electric cars are one solution, but studies show they will not make up a significant share of the EU auto fleet for many years.

Europe still needs to decarbonise the majority of cars and light-duty vehicles that will be using petrol – and that means using ethanol blends like E10. While E10 is available in countries like Finland, Belgium and France, where it is the highest-selling petrol grade, it could do a lot more to help lower emissions from cars on the road today across Europe. With many governments already struggling to meet their national targets for renewables in transport, switching to E10 should be a no-brainer.

And there’s room to do even better. A recent study for the European Commission found that petrol with even higher blends of ethanol has even greater benefits for engine efficiency and for reducing emissions of GHG and harmful pollutants.

Unfortunately, as the IEA report points out, European policy support for biofuels is weakening at a time when they could help deliver even better GHG-reduction results – and at a time when other countries around the world (such as Brazil, China and India) are boosting ethanol as a transport energy solution.

So next time you fill up your petrol car, take a look at the label and think about whether your country could do a better job of driving toward its renewable energy and climate targets.

2 responses to “How green is Europe’s tank?”