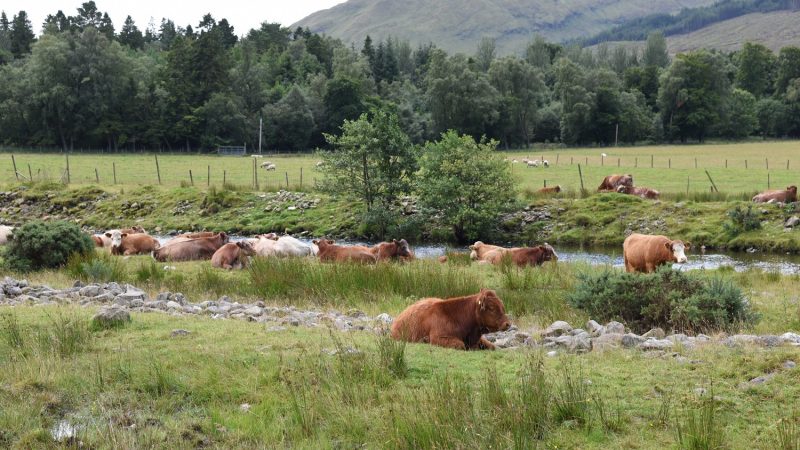 This sentence uttered by UN Secretary-General António Guterres during the pandemic has resonated around the globe and brought decision-makers and the private sector together to devise innovative, forward-looking and multisectoral solutions to the challenges we face now and in the future.

Roxane Feller is the Secretary General of AnimalhealthEurope.

We are living in a time of ‘One World, One Health’, and recent events continue to highlight the interconnectivity and inter-dependence of our world today. Just as we know that disease knows no borders, so we realise that humanity faces many challenges that require global, joined-up and actionable solutions.

Protecting animal health is an important action for addressing some of these challenges and it is a step that deserves greater attention. The increasingly crowded nature of our planet – on which man and animals live in increasingly close proximity – has enhanced the potential for zoonotic diseases to jump between species. And with today’s evolving ecosystems, trade globalisation, increasing urbanisation and an ever-expanding population, diseases can spread as never before.

It has long been noted that around 60% of human infectious diseases have an animal source, with around 72% of the newly emerging infectious diseases stemming from wildlife. This is why the animal health industry has been a long-term supporter of ‘One Health’, a concept raised centuries ago by Hippocrates and reaffirmed in the 1800s by Dr. Rudolf Virchow, which highlights the need for a joined-up approach to tackling health-related issues.

In today’s Europe, veterinarians, farmers and other animal owners, are facing never-before-seen animal diseases such as Lumpy Skin Disease or African Swine Fever. And in a One Health spirit they are also faced with dealing with climate change impacts, trying to mitigate environmental impacts and emissions from livestock farming, and playing their part in addressing the rise of antimicrobial resistance. All these challenges mean one thing: we must do more to prevent diseases in animals from the outset.

Better animal health plays a key role in protecting our collective health in a number of ways:
Innovation in preventive veterinary medicines, the widespread use of vaccines and the development of vaccine banks are playing an increasingly important role in combatting infectious diseases that can pass between people and animals.

Other animal health tools such as ectoparasiticides also play an important role in helping to stop the spread of infectious diseases transmitted by insects like ticks and mosquitoes, protecting the health of both animal and human populations at the same time.

From a food safety, security and affordability perspective, better animal health also supports public health. We know that preventing disease in animals plays a key role in delivering higher quality and safe meat, fish, eggs and dairy produce to market. And as today’s consumers are increasingly interested in having information on the provenance and quality of their food, digital traceability tools allow the agri-food sector to access important information on the animal from farm to fork.

From an environmental perspective, better animal health can also help to prevent food losses and farm inefficiencies. Use of modern animal health technologies make it easier to control and eradicate disease without having to slaughter healthy animals, by making it possible to differentiate vaccinated animals from infected animals.

And highly effective parasite controls have also helped farmers to combat the huge losses that can be caused by worm infections. This helps the food processing industry to reduce food losses from products that are unacceptable for human consumption, contributing to a more sustainable food production and lessening the environmental footprint.

The One Health concept has been operative in animal health innovations for decades, but there remains a clear need for public investment in animal disease surveillance and prevention. This includes increased investment in the least developed countries – those most threatened by animal diseases and from where many viruses emanate.

The global pandemic has demonstrated to the entire world that trying to solve today’s issues and preparing for those arising tomorrow cannot be accomplished with yesterday’s approaches.

If more people working in the animal, public health and environmental sectors adopt a One Health mindset, and if governments adequately invest in ALL health systems, there will be a greater opportunity to address the challenges occurring at the interface between humans, animals and ecosystems.