Modern agriculture is actively under threat – we need to save it 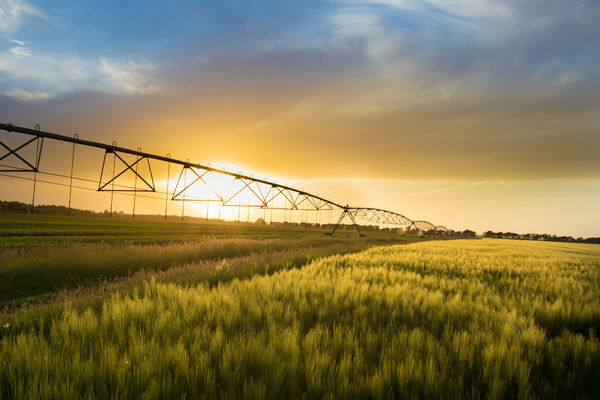 Mycotoxins represent an active and palpable threat to the health of consumers, with millions affected particularly in developing nations. The open hostility towards certain crop protection measures has emphasised this problem, as fungicides are coming under fire. The scientific method and consumer health should be the metrics of public agricultural policy.

We’ve come a long way from how our ancestors produced and prepared food.

Mechanisation, agricultural intensification, synthetic fertilisers, and even drones are now part of modern farming. This allows us to feed billions on a daily basis.

But with the emergence of the mass-production of food came its opponents, often environmentalists unhappy with resource use, animal use, or consumerism. Picture traveling back in time and explaining to people that there will be a world in which average people can actually afford fresh vegetables and refrigerated meat, which is available at all times but there are simultaneously people who oppose this immense progress and want to deprive others of its wonders.

There is nothing inherently wrong with being nostalgic. Even today, there are farming initiatives that promote and practice “peasant farming”, and live off their own production in a commune. No harm done, the world economy and developing nations will remain untouched by this first-world luxury.

That said, environmentalists have gone far beyond the realm of romanticising the old days: they have set their eyes on implementing it by force, if necessary through distorting reality.

A vast network of organisations, including known players such as Greenpeace, are throwing a myriad of unscientific publications at the wall in different European countries, in the attempt to find out what sticks. Their latest target is fungicides.

Fungicides are used to fight fungus spores, which if carried from the outside of the plant to their inside, are dangerous to human health. These molds produce mycotoxins, which are toxic metabolites.

Mycotoxins are divided into subcategories, namely aflatoxins, ochratoxin A (OTA), fumonisins (FUM), zearalenone (ZEN), and deoxynivalenol (DON – also known as vomitoxin), which can all be ingested through eating contaminated food, including dairy products (as infected animals can carry it into milk, eggs, or meat).

The most dangerous kinds are aflatoxins, which can affect corn, wheat, rice, soybeans, peanuts, and tree nuts, and can cause cancer. Most disconcertingly, up to 28% of all liver cancer can be attributed to aflatoxins, and its immunosuppressant features leave humans weakened against other diseases.

In Africa, this is a deadly epidemic. Aflatoxin exposure is more deadly than exposure to malaria or tuberculosis, with 40% of all liver cancers in Africa being related to it. Mycotoxin contamination can occur through inadequate food storage, but more importantly it occurs in absence of the correct crop protection measures, including chemicals.

As a result of mycotoxins, food products are prevented from entering Europe, and Africa loses millions in unusable food every year.

However, this is not only an issue in Africa. According to 2017 data, Europe is also at severe risk of mycotoxin contamination. A 10-year survey conducted by the BIOMIN research centre in Austria found that approximately 20% of Central European grain feed and almost 12% of Southern Europe’s grain feed exceeded EU regulatory limits.

In 2013, France requested to have its maize samples exempted from EU regulation on mycotoxins, because its harvest would have been largely unusable. The 2018 data showed 6% of field and 15% of French silo maize samples were contaminated with aflatoxins.

The European Union, as well as national food safety authorities, have authorised a dozen of SDHI fungicides, which fight mycotoxins, and have been re-confirmed as safe as recently as last year.

On the other side of the argument, environmentalists rely on the results presented by a handful of French researchers, presented in 2018 in a non-peer reviewed publication by the name of bioRxiv. Their claims: SDHI fungicides can cause rare cancers and neurological impairments, and the current toxicological reports are inaccurate.

The French Authority for Food Safety (ANSES) released a report which debunked those claims. The agency found no basis for the publication’s claims, explaining that SDHIs are rapidly metabolised and eliminated from the body and that despite these fungicides having been on the market for a long time, that no scientific evidence points towards adverse effects to human health or the environment.

Despite attacks on the integrity of ANSES (which had offered both dialogue and publishing all of its SDHI data available for review), these activists have not presented further evidence for their theory. This hasn’t prevented environmentalist groups from demanding the ban of all fungicides, and an extreme pivot to a form of agriculture that shuns any and all biotechnology.

If they prove successful in banning SDHIs in France, these same activists would take their quest to the next level: the European Union. A long battle would ensue over the future of conventional agriculture, and there is no doubt that facts will be distorted and bogus science will rise to the surface.

But we cannot let it go that far. Food security and the health of consumers are at stake. If the argument is that genetic engineering provides cheaper and better ways to fight insects and mycotoxins, then that is a valid scientific argument that ought to be supported.

However, environmentalists have shown little openness to new breeding technologies, and in turn endorse “agroecology”, or peasant farming. Our ancestors would be rightfully horrified at the thought of that happening. We need to make reasoned arguments in favour of the scientific method to prevent that from happening. It’s the only way we can keep the future from becoming the past.

Bill Wirtz is the Senior Policy Analyst for the Consumer Choice Center. He tweets at @wirtzbill