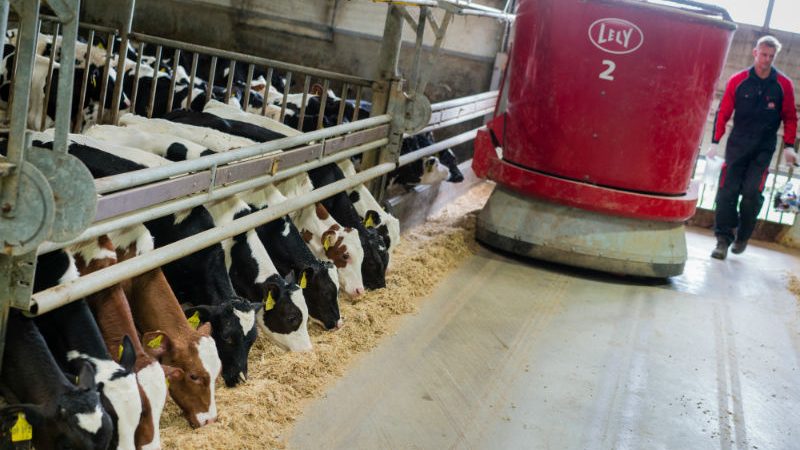 This article is part of our special report The future EU livestock sector.

Among the highest food safety standards in the world. A stringent risk assessment. A ready-availability of affordable fish, meat, milk and eggs. The lowest burden of foodborne illness in the world. These accolades all apply to the EU and to the food production systems in place in today’s Europe, writes Roxane Feller.

Roxane Feller is the secretary general of AnimalhealthEurope.

But why then is consumer trust and confidence in our food system so low? And why is there such a strong focus on livestock production and consumption of meat and dairy as ‘THE’ way to reduce our impact on the environment?

Every sector has an obligation to limit its carbon footprint and reduce its emissions. That goes without saying. While European citizens debate what they should and should not be eating, or how much they should be eating, some farmers in Europe are right now pioneering new technologies and tools that enable them to produce quality animal-sourced foods with fewer inputs and resources while adhering to high standards of animal welfare.

When it comes to developing countries, the role of animal protein is widely recognised as important as undernutrition is generally higher, but we must keep in mind how widespread access to affordable and, most importantly, safe meat, fish, milk and eggs in Europe has also contributed to our nutritional security, to our health and to our freedom to choose a diverse diet.

Moreover, livestock’s versatility makes them a great means of income and growth in rural areas across Europe. And when the health and welfare of these animals is managed responsibly, livestock can also contribute to important ecosystem functions and reduce their footprint.

Globally livestock may consume around one third of all cereal production, yet 86% of their plant diet comes from grass, leaves, and other foods that people cannot eat. An improved understanding of different animals’ precise nutritional needs has led to the development of feeds and supplements tailored to optimize their health and to reduce greenhouse gas emissions while improving overall wellbeing.

We must recognise how far the livestock sector has come in Europe and how progress has been applied to ensure a more sustainable production.

It is not so much a case of farming practices in Europe following the status quo as some indicate, but rather a case of European producers behind the scenes setting in motion innovations referred to collectively as ‘precision livestock farming’ to allow them to deliver our necessary food supply while minimising their environmental impact.

Livestock farmers have long been early adopters of robotics and technologies to improve efficiencies. The growing use of solutions such as smart collars, 3D cameras, and electronic ear tags, are prime examples of progress often only associated with modern farming practices.

But these advances are less about turning farms into factories, and more about improving the focus on the individual animal while collecting and effectively using data on the overall health of the whole herd.

In general, healthier herds mean better yields, so it is always in the farmer’s interest to ensure the good health and welfare of his animals. Such approaches are making animal agriculture more sustainable by allowing farmers and veterinarians to identify health issues earlier, to take preventive action if necessary, to more accurately regulate feed and water, and to administer medicine if needed.

As the animal health industry researches and develops new solutions to support this drive for sustainable practices in livestock farming, it is keenly aware of the gulf that exists between perceptions of the food system and the reality for farmers.

Improved health management in any production system, from organic to larger-scale modern farms, can respond in part to consumer concerns about environmental impact by ensuring efficient conversion of feed and water, etc. into affordable and safe food, while ensuring close attention to the animal’s welfare.

But polarised views on the topic of food and farming and a highly urbanised population, which is disconnected from where and how food is produced, can influence the conversations, which in turn can influence the policy-makers.

AnimalhealthEurope believes that greater awareness of the potential for livestock to act as a net contributor to both the European economy and the future development of Europe can help drive a more informed and realistic agenda for improvement.

Rather than simply pointing the finger at livestock and meat consumption as the cause of climate change, we need to ask ourselves what positive role the EU livestock sector has played and will continue to play in a more sustainable future for Europe.