Many sectors exert huge pressures on water ecosystems, but agriculture has a lot to answer for, says Jabier Ruiz. [Chris Happel / Flickr]

Water is one of nature’s most valuable resources, and the role it plays in our daily lives and economies cannot be overstated. But it is under threat.

As we beckoned in 2019, water was sky-high on the agenda – the World Economic Forum kicked off the year with its Global Risks Report and, unsurprisingly, water was listed amongst the top five crises for businesses. For the ninth year in a row.

In Europe, the sources of our freshwater are in a dire state. 60% of our rivers, lakes, wetlands, streams, coastal and transitional waters are not healthy today and fail to meet the water quality and quantity standards that the EU’s landmark water legislation, the Water Framework Directive, establishes that must be reached by all Member States by 2027.

The state of our water ecosystems puts a big question mark over the future availability of freshwater in Europe, for people and for all manner of industry, not least for food production and agriculture. Without water, there is simply no agriculture – approximately 70% of the freshwater used worldwide is currently pumped into irrigation alone.

Given water’s colossal importance to the sector, you would think that the protection and sustainable management of our waters would be at the very heart of EU farming and the policy that underpins it.

Many sectors exert huge pressures on water ecosystems, but agriculture has a lot to answer for. According to the European Environmental Agency’s 2018 report on the state of European waters, agricultural production is the major source of diffuse pollution (mostly as a result of nutrient runoff, as well as chemicals like pesticides), which affects 38% of EU surface waters (such as rivers, lakes, wetlands and streams). Agriculture is also the main reason that EU groundwater is still failing to achieve good chemical and quantitative status, with over abstraction (pumping out too much water) for irrigation also being a huge concern, especially in southern European countries.

To add insult to injury, instead of supporting the protection and sustainable management of water, the EU Common Agricultural Policy (CAP) undermines it. With its unfair subsidies, the CAP favours intensive farming practices rather than sustainability. It reinforces, rather than dissuades, practices which deplete our planet’s natural resources, including freshwater.

Although it is clear from the EU’s own environmental legislation and monitoring that our waters cannot stand being so stretched and polluted by the farming sector a second longer, EU institutions are reluctant to push for all-round CAP reform. On paper, draft CAP regulations mention water and other environmental challenges prominently, but ultimately fail to set up a strong EU framework which would obligate Member States to fully integrate sustainable water management in their CAP strategic plans. This is especially critical because poor application of the farming policy can completely undermine the full and effective implementation of environmental legislation.

Could co-legislators make the CAP proposal any better for water? At the time of writing there is some hope, as the only formal opinion to date from a key decision maker is that of the European Parliament’s Committee on Environment, Public Health and Food Safety.  For the first time, this committee has shared competence over the CAP reform, and they have asked for stronger objectives and a higher baseline on water use and agrochemicals, as well as a significant budget for environmental measures in the CAP.

But, as expected, ongoing negotiations in the European Parliament’s Committee on Agriculture and Rural Development and in the Agriculture Council of the EU are less promising, and in some cases truly disheartening. Indeed, provisions that could lead to diminishing pressures on water (such as safeguards on irrigation investments or incentives to reduce the use of agrochemicals) could be already weakened at EU level, thereby allowing Member States to design their CAP strategic plans whilst remaining completely oblivious as to what the common EU interest is.

The  EU and its Member States need to wake up to  reality and respond boldly to the water challenge, putting forward a coherent farming policy that can both drive EU farming practices towards sustainability and ensure that there is enough good quality water in the future for people, nature and economies. 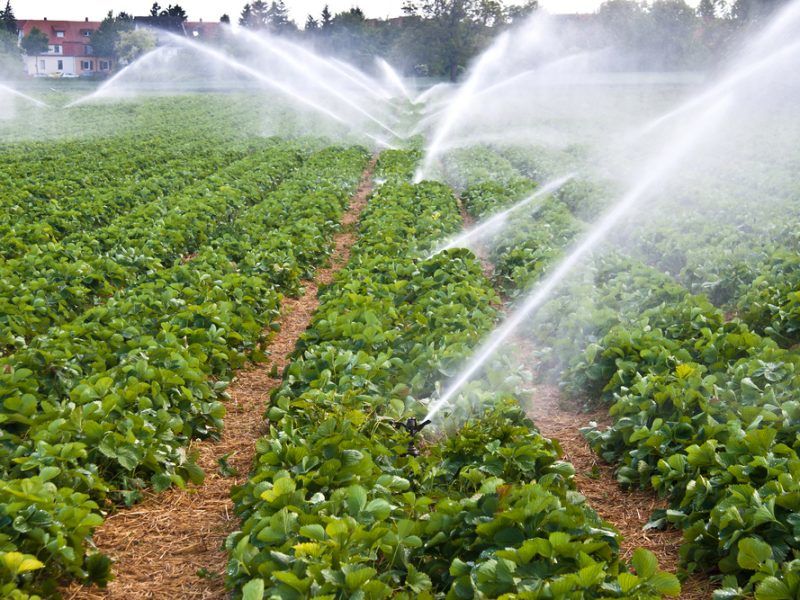 The European Commission needs to deliver an agricultural policy that does not reward agricultural pollution, write Claudia Castell-Exner and Arjen Frentz from Europe’s drinking water and wastewater service operators (EurEau).