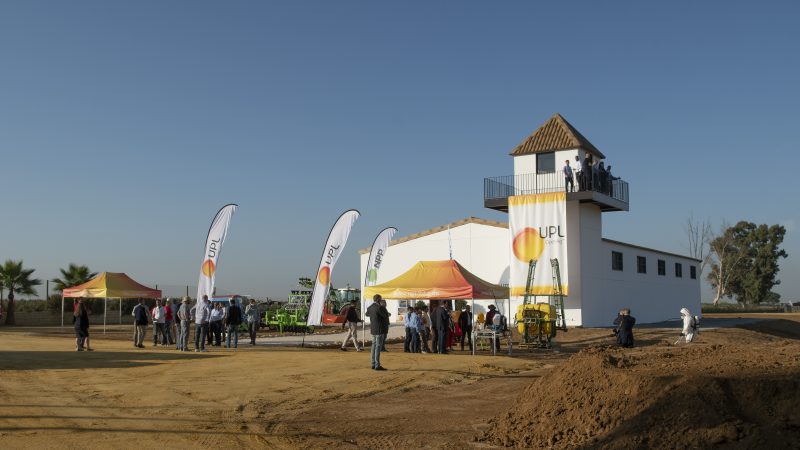 The launch took place at the facilities that UPL manages in Seville, where it has a research centre with 6,000 square metres of greenhouses and 22 hectares of crops. The new division also has direct contact with farmers and producers, who are the main consumers of its products.

NPP is a new global business unit that houses UPL’s comprehensive portfolio of natural and bio-based agricultural inputs and technologies, and acts as an independent brand, consolidating UPL’s existing Biosolutions portfolio and network of laboratories and R&D facilities around the world, which currently represents 7% of UPL’s total revenues.

UPL is currently “in the middle of a journey that started several years ago and accelerated in 2015 with the Paris Agreement, global chief operating officer Carlos Pellicer told a press conference, adding that the climate deal is “very important for our company”. This is part of UPL’s effort to “study and evaluate the state of the planet and the environment,” he also said.

One of Pellicer’s main goals is to reduce gas emissions to one gigaton of CO2 per year, which is what Italy, France and the UK emit yearly. “We began to think about how we can move towards sustainability, and in 2018 we closed an agreement to merge with and acquire ARISTA, which works in the field of biosolutions with a very interesting portfolio,” he said.

“Subsequently, as we integrated more companies, UPL on the one hand and Arista on the other, we saw that there was a great opportunity, and in 2019 we became one company with the aim of having an open and more sustainable agricultural network. Sustainability has become a key pillar of our strategy and commitment,” Pellicer went on to say.

The company has managed to operate in 138 countries around the world, with sales of $5.2 billion a year, “and has achieved $400 millions in organic products sales. Our dream is to achieve maximum sales with sustainable solutions”, said Pellicer.

According to Natalie Hummel, global head of New Agricultural Technologies (NAT) and UPL, the aim is to bring “these solutions to global markets because there is a global demand for sustainable food”, and make sure solutions are developed successfully.

“It’s nice to see the quality of the facilities and how we are moving forward,” she said, highlighting the scale of the company, with teams in Europe, India and Latin America. “In addition to specific partners and support we have in R&D, we have a newly developed centre in North Carolina,” she added.

UPL’s operations director, Fabio Torretta, pointed out the unit’s ability to adapt. According to him, “the world has changed after the pandemic and we are seeing a new type of customers, with governments, presidents, company delegates trying to have sustainable products.” Toretta also listed some of the objectives, such as “improving the deficit in the use of water, a very sensitive issue” or “retaining carbon in the soil, because it is the plants that capture carbon, but as they grow they capture more, and we have to retain this carbon in the soil”.

UPL’s products play a vital role in addressing farmers’ sensitive issues, including abiotic stress, soil health, residues and resistance management, in both developed and developing agricultural markets. One of the agro-chemical giant’s major strengths is its ability to ‘cross-pollinate’ innovation across regions, understanding and learning from the needs of one market to increase speed and penetration in another.

This includes harnessing the natural properties of algae to help crops grow strong and resilient. Not only has the ‘Ascophyllum nodosum’ variety been included in the organic biostimulant ‘GoActiv’ – which has shown exceptional results in improving yield, quality, size and colour of both specialty and row crops globally – but has also developed Vacciplant, a successful crop protection biofungicide, and Argos, which is an essential oil for germination treatment in stored potatoes.

UPL has nine manufacturing plants, six laboratories and seven experimental stations across the globe. In 2021, it developed its four-year global sustainability plan, which aims to strengthen its R&D, its regulatory process, and its weak points more generally by 2023. Ultimately, by 2025, UPL wants to be recognised as a global leader in sustainable solutions.