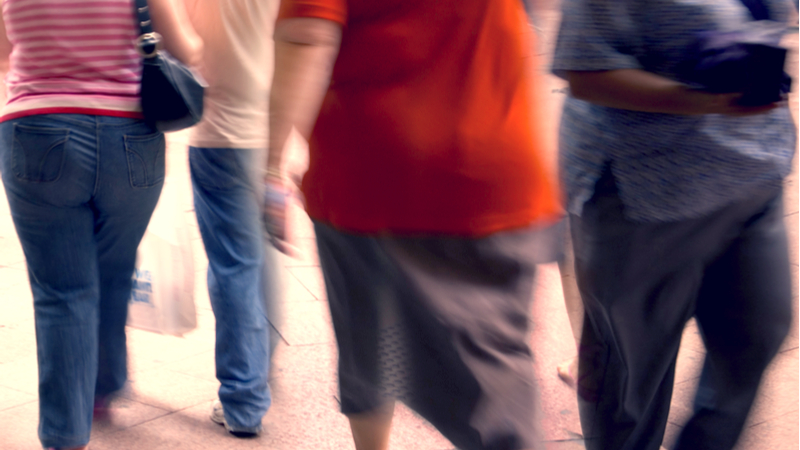 The obesity rate is three to four times higher in cities than in rural areas of European countries. [Travellight / Shutterstock]

Obesity rates have tripled, making it the biggest threat to public health. At Herbalife Nutrition, we’re committed to effecting change where it is needed most, writes John Agwunobi.

Recent reports indicate that almost 30% of the global population is either obese or overweight. And the World Health Organisation confirms that worldwide obesity has nearly tripled since 1975 – with statistics showing more than 1.9 billion adults aged 18 years and older are overweight. Of these, over 650 million are obese [1]. Unfortunately, this is a trend that shows no signs of slowing.

The statistics become even more alarming when one considers the future impact of urbanisation [2]. Due in part to higher incomes and less physical activity, the obesity rate is three to four times higher in cities than in rural areas of European countries [3].

Trends show that people living in urbanised regions, in particular those subject to longer working hours and better off financially, have shifted to more convenient and prepared foods. Many of the available options are unfortunately higher in nutrients such as salt, sugar and saturated fats but low in fibre, for which consumption should be discouraged [4] [5].

A recent WHO publication [6] reports the following: ‘Modern life has reduced energy expenditure through physical activity to a minimum, and sedentary behaviours now dominate’ – with obvious consequences to a rise of obesity rates and increase of non-communicable diseases (NCDs).

Additionally, the economic toll of obesity on society is significant, totalling $2 trillion or 2.8% of global GDP – equivalent to the GDP of Italy or Russia.  In Mexico, obesity is the largest human-generated social cost to society, beating smoking, violence, alcoholism, and traffic accidents.

In the UK, obesity is the second largest cost after smoking, costing the economy more than $70 billion a year. In the United States, a study by the George Washington University/American Society of Actuaries estimates the overall cost of obesity at $605 billion for 2014 alone, and 20.6% of national health expenditures.

The numbers are staggering and are causing governments and societies to completely rethink national policies on nutrition.

There are many reasons why populations have become so overweight so fast. Sedentary lifestyles and less exercise; higher wages and busier lives resulting in more disposable income and greater reliance on restaurants; and of course, increased calorie intake and larger portion sizes.

Using the U.S.A. as an example, in 2010, Americans consumed 20 percent more calories than they did in 1970.  In Europe, only 34% of adolescents aged 13 to 15 years are active enough to meet WHO minimum physical activity guidelines. [7]

This contributes to rising rates of overweight and obesity among children in Europe, particularly among children from low socioeconomic backgrounds.  Obesity is a worldwide crisis, and as a society we simply cannot afford to continue down this road.

What can we do about the obesity epidemic?

The obvious answer is that we need to prioritise and increase access to good nutrition and physical exercise, but this is easier said than done. Yet, Herbalife Nutrition is doing just that.

The company was founded in 1980 to promote good nutrition and a healthy lifestyle, and this is what we continue to do around the globe. In fact, millions of people use Herbalife Nutrition products on a daily basis to help them lose weight and lead healthier, happier lives.

With our network of distributors around the world, we continue our commitment to effecting real change in communities that need it most.

[6] Towards More Physical Activity in Cities. WHO 2018