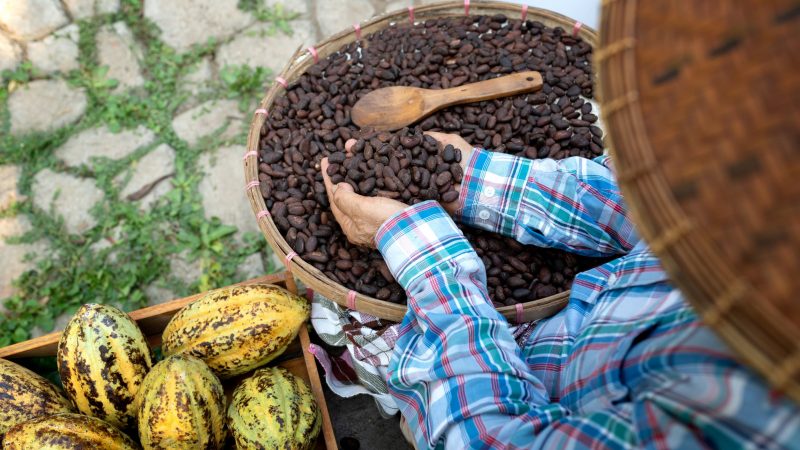 Following the Trade Conference on 22 February, Alan Matthews agreed to discuss with ELO the unexpected impacts of the Green Deal on global food systems. Prof. Matthews is currently working on a paper that aims to explore the role of international agri-food trade, amid new EU policy goals.

Prof. Matthews, thank you for joining us. Could you please explain why it is relevant to focus on this topic now?

Thank you for having me. The Farm to Fork Strategy is designed to bring about a fair, healthy and environmentally-friendly food system as part of the overall European Green Deal. It is recognised that trade policy can play an important role in supporting and driving forward the ecological transition and a variety of policy instruments that could be used for this purpose have been proposed.

The sustainability standards proposed are at different stages in the policy process. The antibiotics mirror clause has been enacted but is not yet enforced. The requirement for mandatory due diligence for traders in six agricultural commodities to ensure deforestation-free supply chains is now a legislative proposal but not yet enacted.

The proposal to alter MRLs for product/substance combinations where the substance has been banned in the EU is a Commission commitment, but no timeline has been set for the adoption of a formal proposal.

A specific deadline may well be an outcome of the discussions under the French Presidency or as a follow up to the Commission report on import standards due before July 2022. There have been proposals to apply mirror clauses to animal welfare standards and greenhouse gas emissions but these are unlikely to be implemented in the immediate future.

What do you believe are the major immediate concerns?

The low-income and vulnerable developing countries that are the focus of this paper are not major exporters of animal products. Thus, potential animal welfare or border carbon adjustments are not likely to be a major immediate concern. Antibiotics are used in aquaculture which is an important developing country export.

Although antibiotics do not appear to be used for growth promotion in aquaculture, the antibiotics that are used are all classified as medically important so exports of fish and fish products could be affected by the antibiotics mirror clause. Low-income developing countries are major exporters of some of the commodities covered by the deforestation-free supply chain Regulation.

They would also be much affected by any changes in MRLs on exports of fruit and vegetables. Indeed, mirror clauses prohibiting the use of particular active substances would have a much greater impact on production and trade than the deforestation Regulation.

Could you please elaborate?

Eliminating the use of pesticides banned in the EU because they are deemed to be dangerous to health or to have adverse consequences for the environment also in countries that export to the EU is a desirable objective. However, the use of these pesticides contributes to economic production and viable livelihoods on many different types of farms in developing countries.

They are often reasonably cheap and effective at controlling pests and thus maintaining yields. The farms that benefit include the large-scale banana plantations of Central America, the well-resourced vineyards of South Africa, but as well smallholder producers of cocoa, coffee and other commodities across Africa and Asia.

Mirror clauses are promoted as a priority by the French Presidency, with a particular focus on pesticide standards to minimise environmental impacts of global importance in exporting countries . How do you see that reflecting on European imports particularly from low-income developing countries?

As for all trade measures intended to accelerate the transition globally to more sustainable food systems, measures to limit the export of commodities from low-income developing countries to the EU that make use of active substances banned in the EU should meet three criteria to be consistent with the EU’s commitment to policy coherence for development

Measures should provide a sufficient transition period to allow viable alternatives to the banned pesticides to be developed. Under current rules, exporting countries often have only 6 to 12 months to adjust to changes in EU MRLs. This time period will often be grossly inadequate for the changes required in low-income exporting countries.

EU producers must also adjust within the same time frame but will have much greater capacities to do this. It is worth noting that the Farm to Fork Strategy envisages that EU farmers will have a transition period of ten years in order to reduce pesticide use by 50%. It is unreasonable to ask low-income developing countries to completely eliminate use of certain pesticides within a six-month period without ensuring that cost-effective alternatives are in place.

Producers in low-income countries will require technical and financial assistance to adapt their production practices to the elimination of certain pesticides. The development of non-toxic pesticide alternatives or pest-resistant varieties will require the investment of significant resources.

For some commodity supply chains, private sector actors will be in a position to shoulder some of this cost. However, the EU will be obliged to greatly increase its financial contribution to low-income developing countries to complement the introduction of more stringent import standards.

The third principle is the importance of direct consultation and partnership with the exporting countries. The principles of the just transition in Europe emphasise that those affected by change should be consulted and have a say in managing that change.

This principle should also apply to the external dimensions of the Green Deal. One option might be to build on the proposal for Green Alliances in which the EU and partners in the exporting countries would jointly agree on the appropriate transition periods, the level of financial and technical resources needed, and how these resources would be allocated to ensure a successful transition to more sustainable agricultural practices.

Thank you for the discussion. We are looking forward to the publishing of what will surely be a very insightful and timely paper.