The Brief – Global food insecurity is here to stay 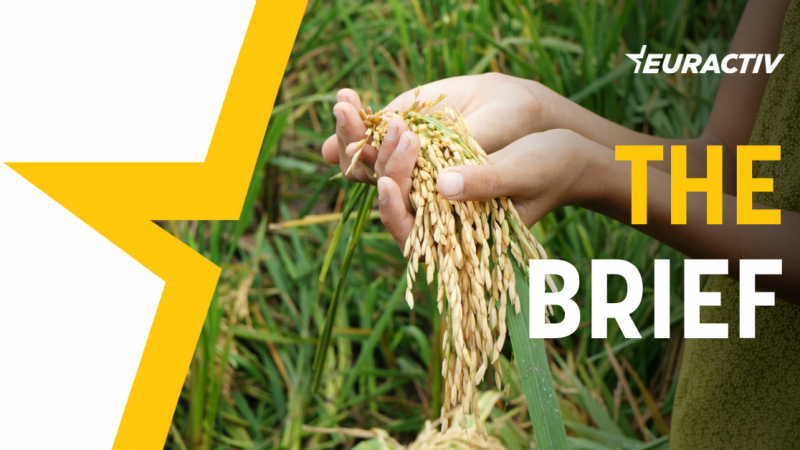 While fighting Vladimir Putin’s disinformation war about the impact of sanctions on the global food supply, we should not fall into the other conceptual trap: that food insecurity will disappear once we leave the war behind.

Only two years ago, EU Environment Commissioner Virginijus Sinkevičius shocked agriculture stakeholders by saying that food security was no longer a major concern for Europe.

Highly criticised back then, those words did not prove to be wrong.

The continent’s supply chain survived a considerable shock with the pandemic and is now showing resilience: Despite a war raging at its gates, the availability of food is not really at stake.

As the European Commission stated in a recent report, “the EU is largely self-sufficient for food, with a massive agri-food trade surplus, and the EU single market can be expected to prove once again its role in absorbing shocks.”

Still, the concept of food security is on everyone’s lips, and we won’t get rid of it anytime soon.

This is because, even before the conflict, global food prices had climbed for two years, as well as the costs of agricultural inputs such as fertilisers.

In particular, the rise in the price of fertilisers started outpacing the increase in food prices at the beginning of 2021, way before the outbreak of war in Ukraine.

Likewise, high energy costs, skyrocketing interest rates, and the risk of stagflation – a combination of price inflation and slow economic growth experienced in the 1970s – were there even before Putin’s full-scale invasion.

And there are other factors impacting food security like radical climatic and environmental changes or extreme weather conditions that should be considered more of a future constant rather than something extraordinary.

What is happening in Ukraine, and the ripple effects on global food supply, prove that the current food system based on the complete reliance on commodity markets has started showing a few cracks.

Some countries, like India at the World Trade Organisation (WTO) level, are now challenging the system, pushing in favour of public stockholding of agriculture commodities for food security purposes instead of keeping agriculture trade open whatever it takes.

But it is also true that such protectionist measures had proven not to solve the previous crises, increasing uncertainty and fragility instead.

This is a bit of a modern food insecurity paradox: Keeping the trade flows open means risking having no food in countries at risk of hunger, but flows of goods serve to maintain the system alive and avoid a worsening of crises.

The only tool at the disposal of countries is to influence market prices by increasing or decreasing the production – and this is the reason for the recent push on agriculture productivity at the global level.

Since the world does not have global food governance with (costly) common stocks of foodstuff, it is just a matter of who produces more, as regional management of resources has always led to open confrontation.

Any debate on food security should be very clear on this aspect. The push on production is not because we will not have enough food to eat. It is aimed to influence prices in commodity markets.

That means that food insecurity is mostly a problem of food affordability in certain parts of the world, with the consequent risk of increasing social conflict.

But the worrying aspect is that apart from this push on production – which is a short-term measure to influence prices – there are few clear ideas for reorganising the dynamics of global flows of goods in the long run.

And this is because, while we are experiencing the beginning of the collapse of the current global food order, there is no other alternative model in sight.

The EU opened legal proceedings against the UK on Wednesday in the wake of London’s decision to table a new law that would unilaterally override parts of the Northern Ireland protocol.

The European General Court dismissed a €1 billion antitrust fine filed by the Commission against American chipmaker Qualcomm, marking another major defeat for the EU antitrust regulator.

The digital revolution risks serious environmental harm because of the materials it requires, said MEP David Cormand on Tuesday (14 June), and the EU must ensure it’s sustainable.

Germany’s political and business leaders kicked off the “Alliance for Transformation,” focused on climate protection, sustainability and digitalisation to change the country’s economy.

Spanish Transport Minister Raquel Sánchez Jiménez repeated her commitment on Tuesday (14 June) to turn Spain into a reference point for innovative sustainable mobility by designing intelligent and sustainable forms of transport based around user needs.

Climate ministers from ten EU countries have called on their fellow countries and the European Parliament to ensure new climate legislation aims to reduce net emissions by at least 55% by 2030.

Meanwhile, chronic kidney disease (CKD) will benefit from an ‘indirect’ impact of the work on other conditions that share common risk factors, according to the European Commission.

In other news, improving screening tools and strengthening the incentive system for orphan drugs are among suggestions for overhauling the European legislation on rare diseases.

As Russia’s war in Ukraine and rising food and fuel costs loom large, global peace has plunged to the lowest levels in 14 years, according to the Global Peace Index unveiled on Wednesday.

Last but not least, check out our Green Brief and the Health Brief.