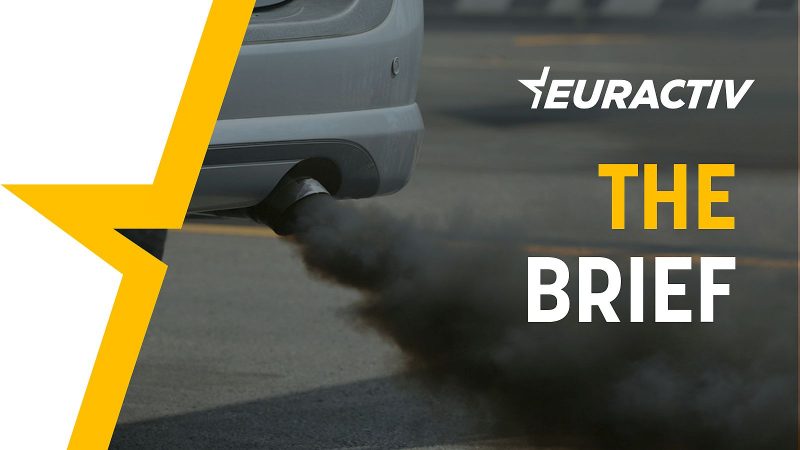 Europe’s transport decarbonisation has never been an easy task. Transport is responsible for as much as 27% of the total greenhouse gas emissions in the EU and the European Commission admits that by 2030 things will not change dramatically.

Several pieces of legislation, such as the Renewable Energy Directive (RED), have attempted to change things, but without remarkable results.

The problem, as we all know, will not be fixed if one ignores reality. And if one disregards it on purpose, things will only deteriorate.

As an indication of the progress we have made, the Commission says, citing Eurostat, that renewables in the transport sector represented 8.9% in 2019.

This figure may sound promising unless one knows that in this calculation, multipliers are taken into account.

The RED II directive introduced the so-called multipliers. Taking electric cars as an example, a multiplier of five means that for every two electric cars, ten will be counted in the final analysis.

Multipliers apply to other renewables such as waste-based biofuels, like used cooking oil (which is double counted).

Without multipliers, according to calculations, the real percentage of renewables in the road transport sector is a meagre 6.3%.

The question that arises then is: what fuel makes up for the difference between the virtual 8.9% and the real 6.3% renewables? And, you may have guessed, the 2.6 percentage point difference is oil, in the form of petrol and diesel.

In a nutshell, the Commission is presenting a virtual reality that does not represent the facts on the ground and, above all, leads to misleading results. So, if you think that by 2035 we’ll all be flying around in electric vehicles, like in Luc Besson’s Fifth Element movie, think again.

Is oil considered a green fuel? The Commission appears to be turning a blind eye to those in the energy sector who are calling for a reality check.

At a workshop earlier this month, around 43% of energy stakeholders requested a 24% target for renewables in the transport sector without multipliers. This is even more ambitious than the EU Climate Target Plan 2030, but it’s music to the ears of those who believe that hidden agendas will not make Europe greener in reality but only on paper.

Whether multipliers will remain in use or not in the new RED III remains to be seen. Nevertheless, even green NGOs admit that multipliers distort the real numbers on the amount of renewables used in transport.

It will also be interesting to see what position other green NGOs will take, especially the ones advocating for a phase-out of oil.

From the Commission, one should, at a minimum, expect it not to legislate according to public opinion this time. In addition, the EU executive should be less fearful of saying what role oil is currently playing in transport, as transport’s decarbonisation basically means getting rid of oil.

Anything else is bound to end up in disappointing results.

The European Commission unveiled on Wednesday a first batch of implementing rules under the EU’s sustainable finance taxonomy, spelling out detailed technical criteria that companies need to comply with in order to win a green investment label in Europe.

EU lawmakers from the Greens/European Free Alliance group have called on the European Commission in an open letter to “ensure that the digital transition promotes and does not hamper the green transition”, just before the Commission was due to present part of its green taxonomy proposal on Wednesday (21 April). EURACTIV France reports.

Russian President Vladimir Putin delivered his annual State of the Union address on Wednesday, presenting a narrative according to which the West was playing a dangerous and hostile game against his country, which had no other choice but to defend itself.

The European Union will set out a comprehensive strategy to combat anti-Semitism this year as part of a €1.5 billion programme to support fundamental rights across the bloc, Commissioner Margaritis Schinas said on Tuesday.

EU farmers organisation has been left feeling unrepresented by the EU Agricultural Commissioner Janusz Wojciechowski after he posted a series of tweets criticising industrial farming and they are set to hash out their differences in a meeting later this week.