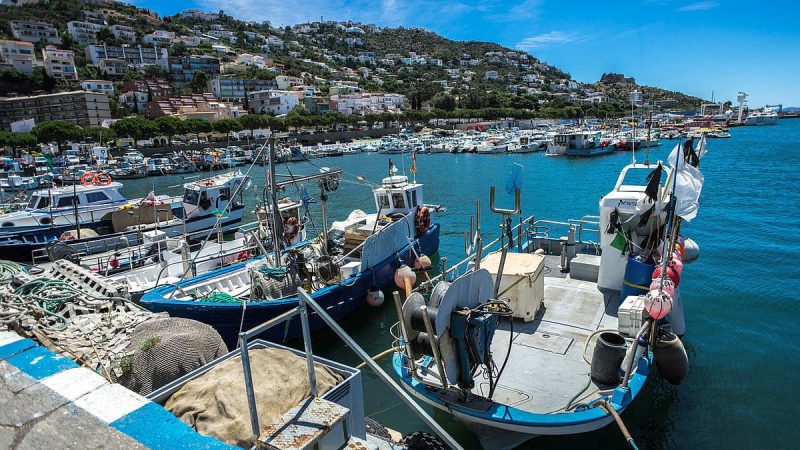 Oceans and seas are in a critical state of degradation from fleet overcapacity and overfishing. [Claudia Amico]

With our oceans and seas in a critical state of degradation from fleet overcapacity and overfishing, reintroducing subsidies that boost these activities must not be permitted, writes Ignacio Fresco Vanzini.

For centuries, our ocean has been considered a limitless bounty of food. However, fish populations are rapidly declining: more than one-third of global fish stocks are overfished and many marine species are facing population collapse. The planet’s most overfished sea is right here in Europe, the Mediterranean, with some fish populations so depleted that they are now on the verge of being unable to recover.

Government subsidies to the fisheries sector have been some of the key drivers to the EU fleet’s current state of overcapacity, fuelling overfishing in waters both at home and overseas, and contributing to illegal, unreported and unregulated (IUU) fishing.

These subsidies have incentivised the construction of new vessels, the modernisation of older ones to allow boats to go farther and remain active at sea for longer, and even supported the fuel costs for these more extensive activities, to give just a few examples. Combined with unsustainable fishing practices, subsidies have jeopardised the future of the very industry they set out to support.

The situation is not only alarming from an ecosystemic point of view, but is also of critical concern for the millions of people who depend on abundant fish stocks for their livelihoods.

These concerns have already hit very close to home: recognising the seriousness of the situation, the EU took the much-needed decision during the 2002 reform of the Common Fisheries Policy –not without controversy– to phase out public aid to renew fishing vessels.

Since then, the EU has actively advocated for the prohibition of these types of subsidies at an international level, notably during negotiations in the World Trade Organisation. In 2015, the EU seemed to completely seal its door on the question of harmful fisheries subsidies with its adoption of the United Nations Sustainable Development Goal on the oceans, seas and marine resources, which explicitly calls for the worldwide elimination of harmful fisheries subsidies by 2020 (SDG 14.6).

Despite these efforts to tackle overfishing, the legacy of decades of fisheries subsidies has left us with an EU fishing fleet which, in some fisheries, is up to three times larger than sustainable fishing would allow.

It seems, however, that this fact has gone unrecognised. In the last two years, several political attempts to reopen the subsidies debate have taken place.

These renewed discussions culminated in the European Parliament Fisheries Committee vote last month on the future European Maritime and Fisheries Fund (EMFF) where it was decided, against all evidence and recommendations, to reintroduce subsidies for fleet renewal and modernisation.

The EMFF is a €6 billion fund of European taxpayer money that is reserved to be spent on ocean-related activities between 2021 and 2027. With the spotlight now shining on the current levels of unprecedented marine degradation, which is linked not only to unsustainable fishing but also to pollution, littering, and seabed destruction, subsidising activities that exacerbate these problems is not only counterintuitive, it is immoral.

The EMFF should be used to address the environmental challenges at hand, restore our marine environment and contribute to the long-term benefit of fishers. It is crucial that our political leaders now understand that supporting the fishing sector and delivering benefits to coastal communities can be achieved without incentivising heavy fishing activities and continued overfishing or overcapacity, as a recent OECD report argues.

To help fishers to develop sustainable business models and improve the health of the marine environment, public financial support should be allocated to activities which bring a long term benefit.

Environmental groups have remained far from silent on the subsidies debate, including a direct request from the directors of more than 100 non-governmental organisations to the European Parliament to maintain the current subsidies ban.

While this month’s Fisheries Committee vote was an immense step backwards for the titanic efforts that have been undertaken to reduce overcapacity in the EU fishing fleet and recover our fish populations, it isn’t too late to reverse this course.

Failing that, not only will they put the EU at risk of losing international credibility in the face of its global commitments, they will have to answer to all EU citizens as to why their money is being spent on activities that destroy the marine environment instead of protecting it.