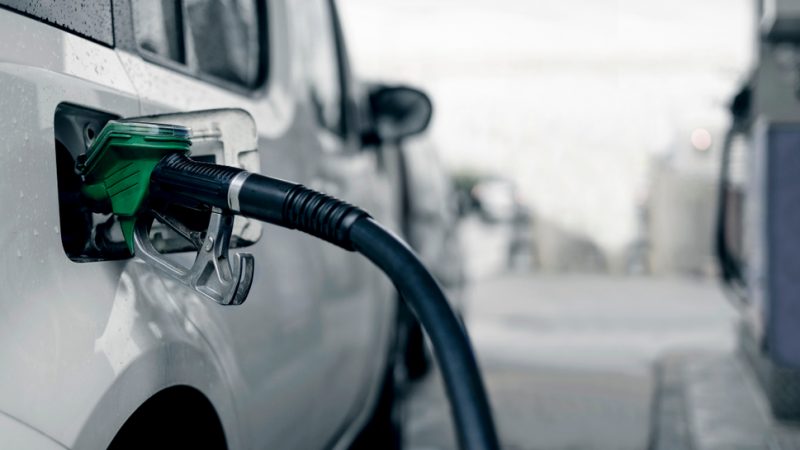 Sustainable biofuels are already making a big dent in Europe’s dependence on fossil fuel but should be empowered to do even more. With the right policy priorities, the EU Biofuels Value Chain writes, Europe can achieve new, higher emissions-reduction goals.

As part of its claim to be the world leader in the fight against climate change, the European Commission has made a bold move in proposing to raise its ambitions for emissions-reductions over the next decade and aim for carbon-neutrality by 2050.

Delivering on those ambitions will require a massive rethinking of the way the EU approaches renewable energy, clean mobility, and energy taxation policy.

Fortunately, the EU already has some strong foundations on which to build, including a solution that keeps getting better at reducing emissions from transport but doesn’t always get talked about as part of Europe’s “future energy mix”: certified sustainable biofuels.

Crop-based biofuels are currently the number-one source of renewable energy in transport, helping reduce EU dependence on fossil fuel and on imported animal feed. The question of their sustainability – for example, whether biofuel production contributes to deforestation – has been debated and answered.

The EU has decided which biofuels are sustainable and which should be phased out.

It’s time to focus on making the most of the sustainable ones – and that includes crop-based renewable biodiesel and renewable ethanol made in the EU.

Promoting a wider uptake of these low-carbon fuels will not just help achieve EU Green Deal goals for decarbonising road transport, but also promote the EU’s circular bioeconomy and reduce European dependence on imports of protein feed and fuel.

We are committed to delivering real solutions to help decarbonise the European transport sector, move towards a low carbon economy, strengthen the independence and revenue of European farmers, and contribute to the EU’s long-term vision of achieving a carbon neutral Europe by mid-century.

Hitting the new higher targets proposed by the Commission is a major challenge. In fact, while the EU has made overall progress in renewables incorporation and emissions reduction, the picture in the transport sector is dire; fossil fuels still account for 94% of transport energy, and transport emissions are 19% higher than 1990 levels.

Going forward, the transport sector must contribute further to the European Green Deal objectives. Failure to do so would place a higher burden on other non-ETS sectors such as agriculture.

There is no single miracle solution to decarbonising transport; we will need a varied and flexible set of complementary solutions.

The importance of having a low-carbon liquid fuels as one of those solutions in the coming decades is evident when you consider the makeup of EU vehicle fleet: a majority of the cars people are driving now, as well as the new cars they are buying and will be driving for years to come, run on liquid fuel.

And as the Commission has pointed out, the transition to electric vehicles will not happen overnight. Certified sustainable crop-based biofuels should remain part of the transport fuel mix for as long as liquid fuels are needed.

Reducing GHG emissions in the transport sector is comparatively more difficult and costly than in any other sector; CO2 pricing of transport fuels must be separate from the existing EU ETS to consider the specificities of the transport sector. Including transport in the EU ETS, given the present and future levels of ETS allowances, would be very unlikely to trigger the important efforts needed to decarbonise EU transport, and weaken any real decarbonisation progress.

It’s clear that sustainable biofuels that meet the EU’s strict sustainability criteria will have to play a bigger role in EU transport. With that in mind, the Biofuels Value Chain coalition offers some key policy principles for achieving the EU Climate Plan for 2030:

As the Commission’s newly proposed Climate Plan makes clear, the current target of at least 14% renewable energy in transport by 2030 is not enough to get the job done. The EU should set higher targets as part of the Effort Sharing Regulation. Furthermore, it should strengthen the obligations put on fuel suppliers as part of the Fuel Quality Directive to decrease the carbon intensity of fuels.

Innovation in new technologies requires investors, and investors require some assurance of policy stability. Now is not the time to reverse course on sustainable crop-based biofuels, which currently account for over 89% of renewables in transport. Instead, they should continue to be promoted, which would have an important knock-on effect of providing the investor confidence needed to foster any new investment into renewable fuels. Advanced biofuels must be established as an additional instrument, and not as a replacement for existing sustainable crop-based biofuels, to further reduce fossil fuel use and GHG emissions and remain supported through a dedicated ramping-up sub-target.

European certified sustainable crop-based biofuels already comply today with the most demanding sustainability criteria in the world. All renewable low carbon fuels should be able to contribute towards EU’s climate and renewable objectives under a levelled playing field and strict sustainability criteria, such as European standards for agricultural production, waste prevention and managements standards, and strong traceability requirements to ensure that only sustainable feedstocks are used.

To maximise the GHG emissions reduction and air quality benefits of higher biocomponents in blends, effective incorporation of B7 and E10 biofuel blends should be achieved across the EU, and higher blends such as B10 and E10+ should be progressively rolled out. Moreover, higher blends (e.g. B30, E85, ED95, B100) should be further incentivised. As part of the EU Alternative Fuels Infrastructure Directive, Member States should foster access to infrastructure for high blends such as E85 for compatible engines (flex-fuel and adapted vehicles), B30, B100 and ED95 for buses and trucks.

The current EU CO2 standards for vehicles only account for tailpipe emissions (Tank-To-Wheel). This restrictive approach distorts competition between powertrain technologies and misleadingly labels electromobility as emissions-free. It fails to incentivise biofuels and biogas with a lower GHG footprint and renewable content by not recognising their biogenic energy content. The EU should therefore consider an approach that accounts for the nature of the energy powering vehicles (Well-to-Wheel), distinguish between fossil and biogenic CO2 and account for the production and end-of-life emissions of the vehicles.

An EU Energy Taxation Directive that moves away from volume-based taxation to carbon intensity. Such a system would not harm motorists but would make a business case for investments in renewable low carbon fuels. Consistent with IPCC guidelines, CO2 pricing should not apply to biofuels and biomass. Derogation for fuels used in agriculture, horticulture and forestry must be maintained.

EU policymakers now have the difficult task of retooling legislation to achieve higher ambitions of the Green Deal. By building on a homegrown solution that already delivers results – sustainable EU biofuels – they can make that job a lot easier.