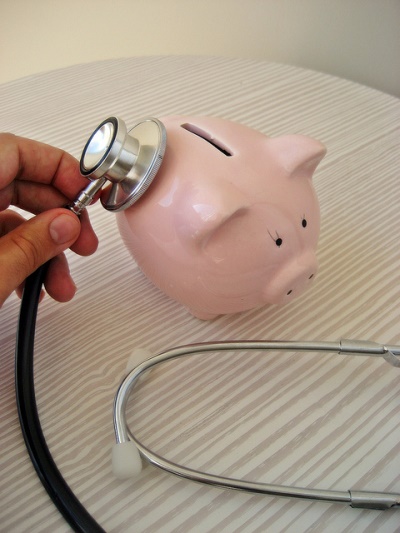 Oral nutritional supplements (ONS) have the potential to save the health systems in Europe a considerable amount of money, writes Alessandro Laviano.

Professor Alessandro Laviano is a clinician at Sapienza University in Rome and author of a new study entitled, “Disease-related malnutrition: Still a hidden burden in high income countries.”

When you think of malnutrition, your mind probably takes you off to some faraway place in the tropics, but in Europe, one in four patients admitted to hospital is malnourished, this is something that not many people know. And it leads me to believe that the importance of nutrition in the healthcare value chain is underestimated.

The financial crisis has claimed many victims. Yet while discussions on public sector labour cuts and cutbacks to tax benefits abound, other crucial areas seem to have been considered not important enough to report in any depth. In my opinion, the considerable cuts to the healthcare system can be regarded as one of these.

The reforms that some European countries have implemented in terms of structural alterations to health and social insurance leaves several losses in their wake: Patients and their loved ones, as well as the healthcare professionals that aim to relieve their symptoms have all felt the repercussions.

For example, few people know that most hospital general managers have been closing clinical nutrition services due to financial constraints.

At a first glance, medical nutrition might be viewed as the ‘nice to have’ add-on that is included as part of a patient’s more ‘serious’ course of medical treatment. Yet first glances can be deceiving.

And in some ways, the low level of importance placed on nutrition is understandable given that we don’t perceive it to be an issue that sits on our own doorsteps. But due to a certain illness that a patient may have, the disease itself or their course of treatment may result in a reduction in food intake. Either through a loss of appetite or because swallowing becomes difficult.

Although most would think the illness is what keeps them in hospital, malnutrition could actually be the cause of patients needing to remain in hospital for over two days longer than they would have to otherwise.

A recent study that I helped to compile and present last month at the International Health Economics Congress in Milan, shows that giving patients oral nutritional supplements (ONS) –nutritional reinforcements drunk by patients in hospital – have the potential to save the health system a considerable amount of money.

In fact, using ONS could save the healthcare system 12% in the costs of hospital care. This equates to €170 billion a year just in Europe. Given the increasingly constrained financial situation that the healthcare system is faced with, ONS should be actively employed within hospitals and the community, rather than axed.

And perhaps even more reason to use the supplements can be put down to the reduced complications and improvements witnessed in patient health, which has a positive effect on our communities, as a whole. Nutrition is widely discussed in Europe but not in relation to the healthcare system, and it’s important to show that it is just as significant here, because it affects us all.