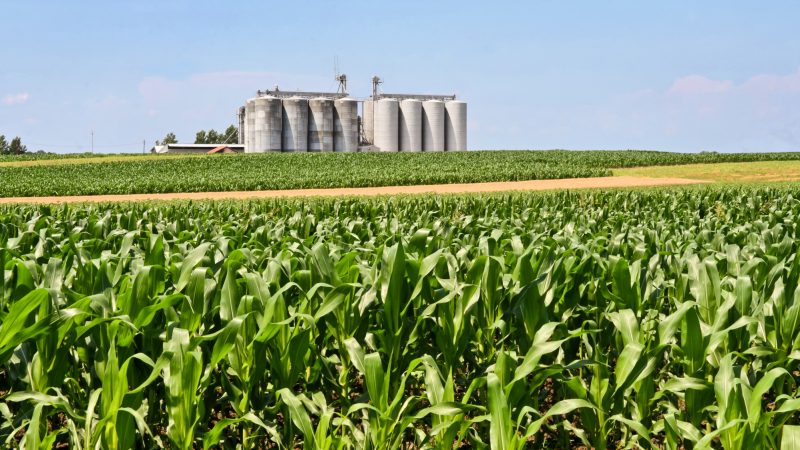 Environmental NGOs have been quick to attack the green credentials of biofuels, with some calling for fuels from crops to be curtailed, but their criticism ignores objective evidence, writes James Cogan.

There is a drumbeat of false information coming from NGOs in Brussels.

Something is not true just because an NGO says it. Most of what they say about EU biofuels is false, misleading and damaging to EU climate, energy, and food security interests.

Rather than considering another decade of positive real-world evidence – testimony to how the EU biofuels sector functions in practice – NGOs look the other way, leaning instead into decades-old dogma that fails under rational assessment.

NGO Transport & Environment is the most vocal, issuing a stream of ‘breaking news’ pieces over social media which are simply rehashes of claims it has been pushing for years.

No matter what the crisis, for T&E biofuels are the cause and stopping biofuels is the answer. Their leading theme currently is the food crisis.

Biofuels have nothing to do with food crises. In its just published 2022 Global Report on Food Crises, the UN World Food Programme identifies conflict, climate shocks, inequality and poverty as the root causes.

The role of conflict is highlighted hundreds of times. At no point in the 277-page document does it mention biofuels.

And it’s obvious why the World Food Programme doesn’t mention biofuels. In the case of Europe, the farm sector generates five to ten times more basic foodstuffs than are needed for essential nutrition. This abundance makes possible the great choice, convenience, and quality enjoyed by European citizens today.

Most of Europe’s vast agricultural output is destined for conversion to food products suiting consumption patterns unimaginable a couple of generations ago. A quarter of farm output goes to supply chain losses and waste. By comparison, the role of biofuels as an end-use is insignificant, with no bearing on food security.

In reality, the contribution of biofuels to EU food and feed security is only positive, with the protein-rich feed that is a co-product of biofuels contributing to alleviating Europe’s problematic protein deficit and allowing for substantially reduced imports of soy meal from the Americas.

Crop biofuels and plant protein are two sides of the same coin and, despite rather than because of NGO lobbying, this two-sided coin will be among the bigger contributors to EU climate, energy, and food security aims for 2030 and beyond.

Rising food prices are indeed causing hardship as a result of rising energy and fertiliser costs and exceptional market uncertainty.

The war in Ukraine and treacherous energy trade trends have created a terrible storm and people are suffering because of it.

But by no stretch of the imagination could anyone attribute the current food price crisis to biofuels demand, and by the same token it is deceitful to announce that reducing biofuels could ease the crisis. NGOs are joining dots which cannot be joined.

Another crisis laid at the door of biofuels by EU NGOs is deforestation, and the claim that reducing or stopping EU biofuels will result in land being freed up for restoration to carbon rich and biodiversity-rich habitats.

Like the food crisis association, this may ‘feel ok’ at first glance. Still, it is not true, and professional environmental lobbyists should be held to a higher standard of evidence.

The European Commission’s Joint Research Council estimates that between five and twenty million hectares of EU farmland will be abandoned by 2030, and that on current policies and practices there are negligible prospects of re-cultivation into forests or natural areas.

This has nothing to do with biofuels. The True Nature Foundation reports that there are fifty million hectares of land in Europe suited to immediate restoration to carbon and biodiversity rich status.

These numbers are staggeringly huge. They demonstrate the enormous potential there is for land restoration – right now – without any requirement to reduce or eliminate sectors which are contributing value to society, whether biofuels or others.

Being wrong about biofuels in a group doesn’t make it any less wrong. In May this year Transport & Environment issued a communication assembling the signatures of a group of Europe’s NGOs and calling for an end to biofuels support.

Central to the communication are baseless claims associating EU biofuels with food and forestation crises, and the false proposition that stopping biofuels will resolve the crises.

For the last decade Europe’s NGOs have been unwilling to engage in an open and systematic appraisal of biofuels – which would properly address their concerns – preferring to shout out their criticisms and then hide from the responses.

This is not NGOs providing a public service, but is instead part of the great disinformation crisis that is undermining the process of deliberative democracy everywhere.