By Chris Johnston | The Guardian 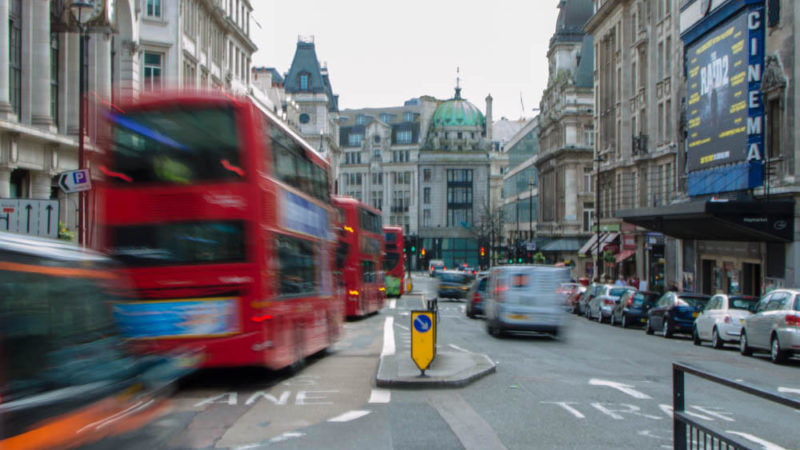 London has the worst air quality in the European Union. [City.and.Color/Flickr]

The study found a “significant and negative association” between life satisfaction and levels of the pollutant, which causes lung problems. These effects were “substantive and comparable to that of many ‘big-hitting’ life events,” according to the researchers behind Can Clean Air Make You Happy?.

Given that far more people are exposed to nitrogen dioxide than suffer unemployment or end a relationship, Knight and Howley suggest that the benefits to society from reducing such emissions would be substantive.

The highest levels of nitrogen dioxide occur in London, with the lowest levels in parts of south-west England. The capital has the dubious honour of being home to the worst NO2 hotspot in Europe: Marylebone Road, which recorded the highest annual mean levels of the pollutant, more than double the legal EU limit.

Pollution from nitrogen oxides is responsible for tens of thousands of premature deaths across Europe, with the UK suffering a particularly high toll. Much of the pollution is produced by diesel cars, which emit about six times more than allowed in the official lab-based tests.

The European Environment Agency said the UK had 11,940 premature deaths in 2013 from nitrogen dioxide. The number was down from 14,100 the previous year, but was still the second worst in Europe after Italy.

The European commission started legal action late last year against the UK and six other EU members for failing to act against car emissions cheating in the wake of the Volkswagen Dieselgate scandal.