'Die in' to protest air pollution in Glasgow, Scotland [Ian MacNicol / Friends of the Earth Scotland]

“The EEA’s data proves that investing in better air quality is an investment for better health and productivity for all Europeans. Policies and actions that are consistent with Europe’s zero pollution ambition lead to longer and healthier lives and more resilient societies,” said Hans Bruyninckx, EEA Executive Director.

In 2018, 34% of urban inhabitants of the 27 EU countries and the UK were breathing ground-level ozone particles at concentrations above EU health target levels.

15% were breathing so-called PM10 particles, particulate matter with a diameter of 10 micrometres or less, at levels above the EU daily limit.

Many of these countries are heavily reliant on coal for their energy, which releases particulate matter when it is burnt, with previous studies finding Polish children are exposed to four times more pollution than French children.

EU laws require member states to respect binding emissions reduction targets set out in the National Emission Ceiling Directive, and to detail their plans to cut air pollution, but a year and half past the deadline, the Italian plan is still in draft form while Greece, Luxemburg and Romania have not presented plans.

“How many wake up calls do government officials need to take on air pollution? Their delay is costing us our health and a safe environment. They know what needs to be done to improve air quality: cleaner energy and industrial production, greener and smarter transport, and sustainable farming,” said Margherita Tolotto from the European Environmental Bureau (EEB), a green NGO.

Only four countries in Europe – Estonia, Finland, Iceland and Ireland – had fine particular matter concentrations that were below the World Health Organisation (WHO)’s values, which are stricter than the EU’s.

Around 99% of European city dwellers were exposed to ozone levels above the WHO’s recommended threshold, with 48% exposed to higher levels of PM10 particles.

The report notes this gap between the Commission’s standards for air pollution and the WHO’s, something the Commission aims to address in its upcoming Zero Pollution Action Plan due to be presented in the second quarter of 2021. 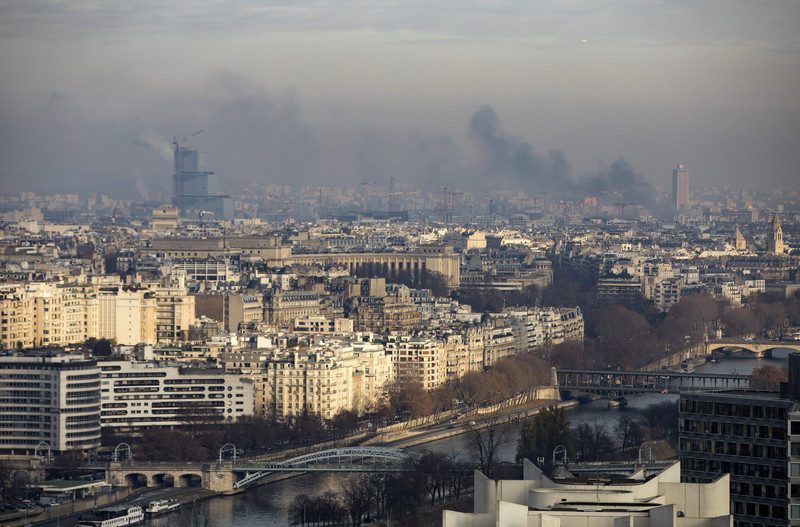 Much progress has been made over the past 10 years across Europe, with the EEA estimating that some 400,000 premature deaths have been avoided.

Since 2000, it has recorded decreases in emissions of several key air pollutants, especially sulphur and nitrogen oxides, although emissions reductions from buildings and agriculture have been slow.

“It is good news that air quality is improving thanks to the environmental and climate policies that we have been implementing. But we can’t ignore the downside – the number of premature deaths in Europe due to air pollution is still far too high,” said Virginijus Sinkevicius, the EU ‘s environment commissioner.

Multiple factors including “increased regulation and policy implementation, fuel switching, technological improvements and improvements in energy or process efficiencies” could be behind the drop, the EEA said.

The report confirmed that measures to curb the spread of COVID-19 have led to a temporary improvement in air quality in Europe.

For instance, the concentration of nitrogen dioxide fell by 61% in Spain, 52% in France and 48% in Italy in April, when all three countries imposed strict measures to control the virus.

“The lockdown measures introduced by most European countries to reduce transmission of COVID-19 in the spring of 2020 led to significant reductions in emissions of air pollutants, particularly from road transport, aviation and international shipping,” according to the report, which also found early evidence that exposure to air pollution can influence human vulnerability and susceptibility to the disease.