Burning coal and wood for heating is a no-no in cities like Krakow. [Photo: Shutterstock]

EU households use up to 80% of their energy on heating and hot water, according to the European Commission. Buildings also absorb around 40% of the bloc’s overall power output.

In addition to the regular costs associated with generating and distributing that much power, heating also has a more insidious impact: 50% of particulate matter pollution is generated by keeping our homes warm.

Air pollution in general, which includes agriculture and transport, causes around 400,000 premature deaths in the EU every year, according to the European Environmental Agency (EEA), so the scale of the problem is significant.

Emissions from heating are decreasing but in recent years the drop has only reached 10%. At an EU-sponsored clean air forum in Slovakia, attendants insisted that more can be done and shared real-world examples of solutions and challenges.

Kurt Dedic of the Czech Republic’s environment ministry acknowledged that his country has a “serious problem with air pollution” but explained how a government scheme, supported by the Commission to replace inefficient dirty boilers is starting to pay off.

The official said that Czechs have been given a 10-year transition period to replace outdated heating devices, which are often fuelled by coal, wood or even household waste.

Applicants can benefit from a subsidy covering 80% of costs and the goal is to replace 10,000 by the September 2022 deadline. Lower-income citizens have been offered interest-free loans to help them make the change.

“We see it is working, especially the loans. A new standard boiler is around €6,000, insulation is €10,000. Without state help it is simply not possible,” Dedic said, adding “we hope everyone will meet the deadline but we’ll see what the reality is.”

But Katarina Nikodemova of Slovak NGO Buildings for the Future was less optimistic about her government’s similar efforts and a €35 million boiler replacement scheme, aimed at reducing heating’s 86% of Slovakia’s total particulate matter pollution share.

“We’re critical because it does not go hand-in-hand with other measures like insulation or window replacement. That is where the heat leaks out. When we promote replacing boilers it should be tagged with other measures, to promote the energy efficiency first principle,” she explained.

Dimitri Vergne, a sustainable transport expert, echoed that point, telling the audience that “we need to heat our homes, not the planet. Replacing a boiler in a home that is badly insulated is not the solution to the problem.”

Nikodemova also warned that government schemes need to be communicated better so that everyday people can take advantage of them. She revealed that only 2% of Slovaks have heard of a state-supported insulating programme, according to a survey.

Only 155 houses have been adapted as a result.

Hans Bruyninckx of the EEA shared some examples of best practice during a presentation that outlined the state of air pollution across Europe, singling out Ireland for praise.

The EEA official also added that a 2019 ban on using smoky coal should also reap rewards in due course. “If we get this right then when I stand here in two years time, I’ll be talking about downward trends and we’ll be on the right track,” he concluded.

Discussions on air pollution in the EU cannot fail to mention Poland, thanks to its dubious honour of having some of the worst air quality anywhere in the bloc, largely due to its reliance on coal power for energy and heating.

Change is in the air though. The city of Krakow banned solid fuels from being used in boilers as of 1 September. According to local campaigners, there has been some pushback and resistance from locals, due to the costs involved but that was expected.

Committee of the Regions energy chief Cor Lamers hailed the Krakow measure as a “great example of tailormade solutions”, adding that taking into account public awareness when making policy decisions is crucial to the air quality fight.

Poland could yet see even more changes in the months to come, as a multi-billion-euro clean air programme, which in recent months looked in danger of collapse, could finally get off the ground.

The ambitious scheme aims to renovate three million homes over the next decade and clean up Poland’s airways but relations broke down between Warsaw and the EU, whose involvement is key to attracting the estimated €30 billion needed.

A dispute over how the scheme should be managed and whether private banks should be involved put negotiations on ice. The government wanted the programme to flow exclusively through one fund but the Commission insisted private banking would be essential for a scheme of that size.

But after the recent election victory of the ruling Law and Justice party (PiS), there has been a reversal of fortunes and talks are set to resume. Polish Prime Minister Mateusz Morawiecki even announced an expansion of the plans in his post-election speech.

Moreover, the Polish fund now comes under the remit of the climate ministry, which will be headed by COP President Michal Kurtyka.

A high-ranking Commission official told EURACTIV that Kurtyka’s understanding of the international dimension of climate policy means that optimism has grown considerably in the EU institutions. 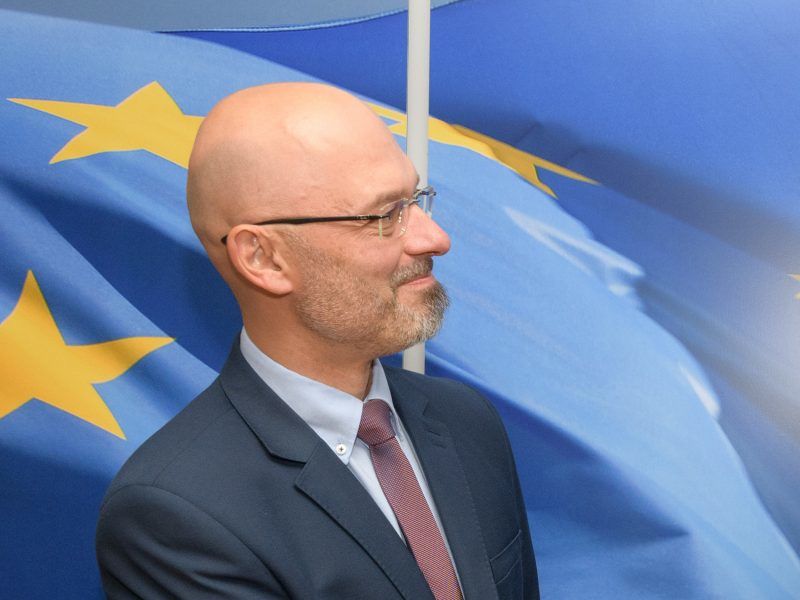 Details still need to be ironed out, for example, on whether old coal boilers can be replaced with more efficient coal-burners. But the outlook is certainly more positive than in June.

At the Bratislava Forum, Kurt Dedic explained that the Czech Republic did not exclude natural gas boilers from its replacement scheme, citing the success the country had in the 1990s in ditching some coal power.

That sentiment was echoed by the Commission’s Haitze Siemers, a head of unit whose title includes responsibility for ‘clean coal’: “it is important to remember that everywhere you look in Europe it is a different situation, with different starting points”.

“Some places are ripe for electrified heating, others district heating, others gas. In some places, wood is the option for now. We have overall decarbonisation objectives. It’s up to member states, regions, cities to decide how to do their bit to meet them,” he added.

That prompted an intervention by clean air activist Rosamund Adoo-Kissi-Debrah, whose daughter died due to health complications caused by polluted air. The British campaigner refuted the suggestion that wood can be an option, warning that “we really should not be  sending mixed messages”.