Air pollution is the fourth biggest cause of death worldwide. [testing/ Shutterstock]

Cities are home to an increasing majority of the world’s people, exposing billions to unsafe air, particularly in developing countries, but in rural areas the risk of indoor air pollution is often caused by burning solid fuels. One in three people worldwide faces the double whammy of unsafe air both indoors and out.

The report by the Health Effects Institute used new findings such as satellite data and better monitoring to estimate the numbers of people exposed to air polluted above the levels deemed safe by the World Health Organisation.

This exposure has made air pollution the fourth highest cause of death globally, after high blood pressure, diet and smoking, and the greatest environmental health risk. 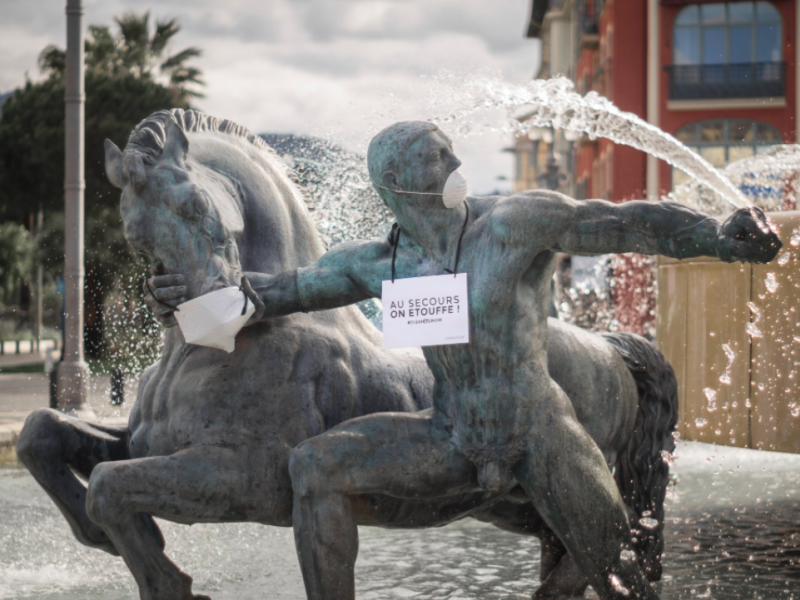 Experts estimate that exposure to air pollution contributed to more than 6m deaths worldwide last year, playing a role in increasing the risk of stroke, heart attack, lung cancer and chronic lung disease. China and India accounted for more than half of the death toll.

Burning solid fuel such as coal or biomass in their homes for cooking or heating exposed 2.6 billion people to indoor air pollution in 2016, the report found. Indoor air pollution can also affect air quality in the surrounding area, with this effect contributing to one in four pollution deaths in India and nearly one in five in China.

Robert O’Keefe, vice-president of the institute, said the gap between the most polluted air on the planet and the least polluted was striking. While developed countries have made moves to clean up, many developing countries have fallen further behind while seeking economic growth.

He said there was now an 11-fold gap between the most polluted and least polluted areas, compared with a six-fold gap in 1990. “Air pollution control systems still lag behind economic development [in poorer nations],” he said.

But he added: “There are reasons for optimism, though there is a long way to go. China seems to be now moving pretty aggressively, for instance in cutting coal and on stronger controls. India has really begun to step up on indoor air pollution, for instance through the provision of LPG [liquefied petroleum gas] as a cooking fuel, and through electrification.”

The number of people exposed to indoor air pollution from burning solid fuels has fallen from an estimated 3.6 billion around the world in 1990 to about 2.4 billion today, despite a rising population.

Emissions from transport are a growing concern, however, as road traffic increases. Diesel fuel is a leading cause of air pollution in some rich countries, including the UK, but in poorer countries the often decrepit state of many vehicles means petrol-driven engines can be just as bad in their outputs, especially of the fine particulate matter blamed for millions of deaths a year.

O’Keefe said governments were under increasing pressure to deal with the problems through regulation and controls, and hailed internet access as having a significant impact.

“Social media has been very important, as a growing number of people have access to it and to data and discussions [on air pollution]. People now have the ability to worry about not just the food they eat and a roof over the head, but they have the means to discuss [issues] in public,” he said.

Tuesday’s report reinforces an increasing volume of data in recent years that has shown how air pollution is increasing and causing deaths.

More data has become available in the past decade from satellites and on-the-ground monitoring, while large-scale studies have revealed more of the health risks arising from breathing dirty air, which rarely kills people directly but is now known to contribute to other causes of death.