A statue in Warsaw wears a face-mask. [Photo: new-editor/Shutterstock]

Poland’s government wants to renovate 4 million homes and buildings over the next 10 years with better insulation and more efficient heating systems. The €25bn scheme debuted in September and is meant to tackle the country’s poor air quality.

The European Environment Agency estimates that air pollution causes 44,000 premature deaths annually in Poland and that living in Warsaw year-round is the same as smoking 1,000 cigarettes.

More than half of the smog-busting scheme’s funds will be allocated to grants, while the rest will be offered in the form of repayable loans. Applicants could enjoy subsidies of between 30-90% of costs, which will be determined by household income.

When it was launched, environment minister Henryk Kowalczyk said that “it will help to drastically improve air quality in Poland and tackle the problem of smog, especially in areas where smog is the worst problem”.

Prime Minister Mateusz Morawiecki said that the goal is to “make up for many years of civilisation backwardness and to increase energy efficiency of the entire housing stock”.

It is the largest programme of its kind in Europe but, despite enjoying strong support from the ruling party, it risks collapse because of a dispute with the European Commission about how it is managed.

The scheme needs nearly half a million applications every year to hit its lofty target but is currently struggling to attract attention. The Commission says that only 7,500 contracts have been completed so far.

Experts have warned that the fund set up to manage the programme is ill-suited to deal with such a large outreach campaign. Completed contracts have also been granted to new builds and money has been spent on replacement coal-powered boilers.

But the government, in particular Kowalczyk is keeping everything linked to the National Environment Fund (NFOS) and is obstructing plans by other ministries that would let commercial banks get involved.

Clean air campaigners have warned that the current system has formed a bottleneck and does not function well due to the poor distribution network. Poles living in rural communities in particular, struggle to access it.

It is still unclear at this stage why Kowalczyk and others object to the inclusion of commercial banks, although sources familiar with the matter say vested business interests play a role. 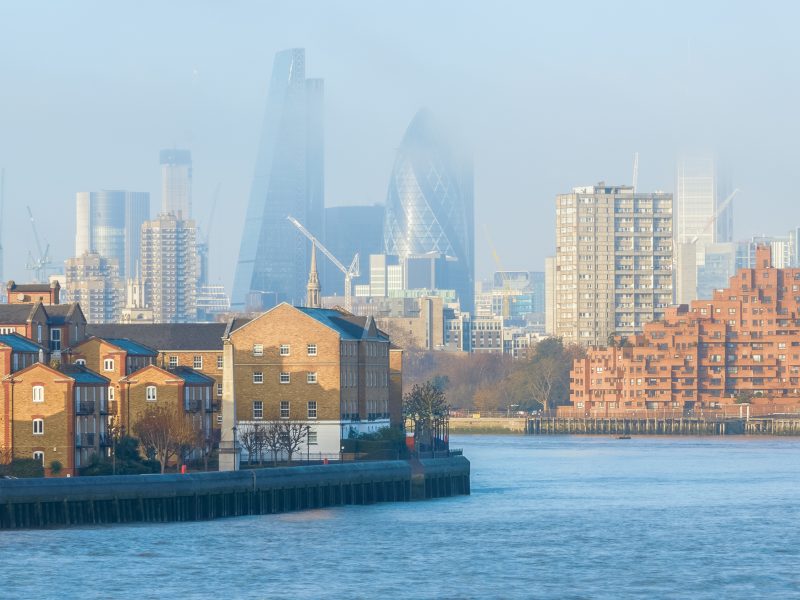 Europe’s poorest, least educated and most jobless regions are bearing the brunt of the air pollution crisis, according to the first official stocktake of its kind. EURACTIV’s partner The Guardian reports.

The Commission, which is an enthusiastic backer of the scheme, wants to use the European Investment Bank (EIB) and the European Bank for Reconstruction and Development (EBRD) to attract the private capital needed to fund the programme.

But the EU executive wants guarantees that the scheme will take off and the signals do not look good at the moment.

That is why after months of waiting and no reaction from Warsaw, the Commission’s regional department head, Marc Lemaître, wrote to the Polish government requesting clarity on the matter by the end of the week.

“Unfortunately, progress is very slow. Due to fragmented responsibilities and the apparent absence of a truly empowered coordinator, practical solutions for overcoming obstacles are lacking,” the director-general writes.

He adds that the involvement of commercial banks is “a condition for success, since these banks would be key to sufficiently mobilise capital markets”

Due to the low number of applications processed so far, it “certainly […] does not qualify for contributions from the Cohesion Policy Funds”, Lemaître warns, adding that the finance ministry does not seem to be aware that it cannot rely on European funding alone.

A contract between the Commission and Poland expires at the end of June and the DG REGIO head insists that a decision on the next period must be made this week.

“I believe that without substantial changes and full commitment of the Polish side, we will not be able to establish a functioning instrument before the beginning of the heating season this year,” Lemaître concludes. “This constitutes a substantial reputational risk for the Commission and the World Bank.”

The World Bank, in its consultancy role, has recommended that the programme incorporate commercial banks and local municipalities. 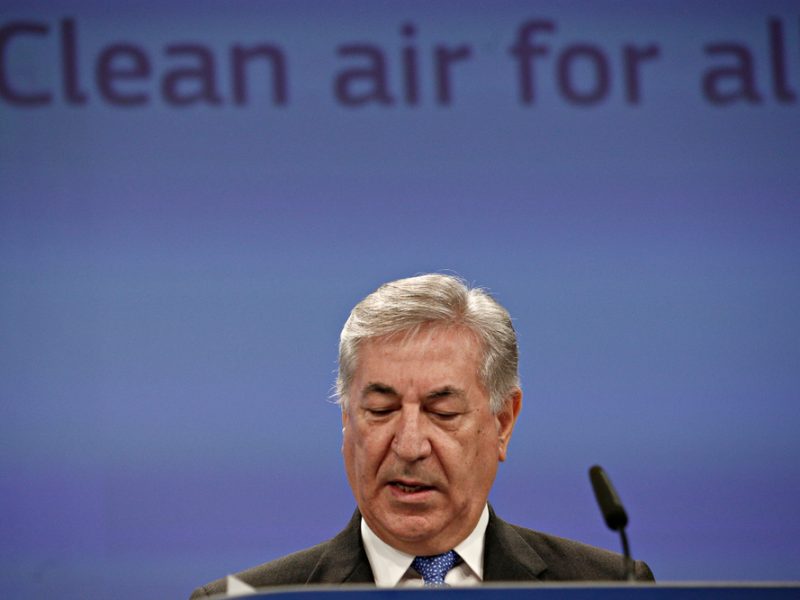 A decision on the clean air programme is expected by the end of the week, just after EU leaders meet during a European Council summit in Brussels.

Brokering an agreement on the top institutional jobs for the next EU cycle will dominate the agenda but leaders will also discuss a draft climate plan for 2050. The Commission strategy aims to make Europe’s economy carbon neutral, in line with the Paris Agreement.

As of today, 22 member states had confirmed their support for the target. EU sources say that Croatia, Estonia and Lithuania are just sitting on the fence and will leap on the bandwagon when the time comes.

Romania, as the holder of the rotating EU presidency, will stay neutral but would relish the idea of finalising an agreement under its watch. That leaves the Czech Republic and Poland as the main hold-outs.

“It’s about the money. Countries know the Paris Agreement happened, the IPCC happened, they just need to know how to reach carbon neutrality now,” one EU source told EURACTIV, adding that the main factor is now funding.

The latest draft EU summit conclusions, set to be adopted by the leaders on Thursday, say that countries now back carbon neutrality by 2050 but fall short of mentioning a final agreement. That is due to be delayed until the end of 2019 or early 2020, as reported last week by this website.

With buildings producing 36% of the EU’s carbon emissions and accounting for 40% of energy production, climate campaigners are keen to point out that there is a strong link between the clean air quest and the 2050 draft strategy.

“This is clearly low-hanging fruit for the Polish government,” said Andrzej Guła, leader of clean air campaign Polish Smog Alert. “We must scale up the programme, for people and for the climate.”

“It’s not enough to go climate neutral – we have to do so in a way which improves people’s everyday lives. If we want to cut emissions, address air quality and energy poverty, we need a comprehensive strategy to renovate Europe’s buildings,” said Brook Riley,  an advisor at Rockwool, the insulation company.

A senior EU source told EURACTIV that the programme could be the solution to many of Poland’s concerns linked to greening the economy. They include higher electricity prices, unemployment and attracting investors.

Experts insist that the Eastern European country could use various EU funds to retrain fossil-fuel-industry workers as building renovators and renewable energy workers.

With elections due in November and thousands turning out on a regular basis to march for cleaner air, the pressure being exerted on the Polish government looks likely to tell sooner or later.