European Commission: "A proposal from the entire sector including smaller-scale enterprises, by spring 2018, would be a strong signal for consumers." [waterboard/Flickr]

When it comes to advertising and sponsoring, the alcohol industry is already heavily regulated. The vast majority of EU member states have put several restrictions especially focused on the protection of minors.

On the other hand in the UK, the industry has found a voluntary agreement with the government to display health warnings. And the alcohol industry itself has launched campaigns to promote responsible drinking among students.

For the alcohol industry, the immediate concern at EU level is to find a self-regulatory solution on nutrition labelling.

Under current EU rules, spirit and beer makers are not obliged to indicate the list of ingredients and the nutrition value of alcohol on the bottle, which is not the case for other foods and drinks.

But the effectiveness of a self-regulatory approach on alcohol labelling has sparked intense discussions in Brussels. While public health activists claim the alcohol industry was given too much leeway to avoid regulation, the industry contends that self-regulation is the only way to address the diverging national attitudes towards alcohol.

Twenty public health organisations have resigned from the European Alcohol and Health Forum (EAHF), a stakeholder platform, to protest against the European Commission’s refusal to submit a new alcohol strategy.

The European Commission believes that nutrition labelling can play a role in moderating alcohol consumption and should be seen as a way of encouraging consumers towards healthier choices.

“In that sense, the report also recognises that the list of ingredients and nutritional information are key information that helps consumers to make more informed and healthier choices,” said a Commission spokesperson.

The EU official also cited the growing number of alcohol producers that have voluntarily adopted such measures.

“For example, many brands of beer on the EU market provide nutrition information, either on the label or via quick-response code-driven applications,” the official said.

The EU source explained that the Commission expected no less than a self-regulatory proposal on nutrition labelling covering the entire alcohol industry. Otherwise, it might be tempted to play hard ball and regulate.

“A proposal from the entire sector including smaller-scale enterprises, by spring 2018, would be a strong signal for consumers,” the Commission official stressed.

Brewers have taken a leading role on labelling and claim self-regulation is already working for beer. “By the end of this year, over 60% of new beer volumes hitting shelves across Europe will carry this information, on labels and also via online platforms,” said Jan de Grave, director of communications at the Brewers of Europe, a trade association.

Spirit makers, for their part, warn that the Commission proposal on self-regulation is a “tricky offer” as the EU executive knows the sector is divided on labelling.

Spirits and beer industries have been bickering for years over what type of information should be indicated on the label of alcohol bottles.

The spirits industry claims that information on calories contained in alcoholic beverages should be provided “per glass” and not per 100ml, which is the legal calorie measurement for all drinks across Europe. But the Brewers do not share the same view.

Meanwhile, health activists are raising the pressure. The European Alcohol Policy Alliance (Eurocare) believes self-regulation can only work within a clear policy framework. Mariann Skar, the secretary general of Eurocare, said that the additional year granted to industry is nothing more than a political decision as well as an opportunity to avoid regulation.

“In an election year with a fragile status quo, clearly this has been a political choice,” Skar said. “It remains to be seen whether alcohol producers will seize this opportunity or continue to hope that in the XXI century consumer demand for information, openness and transparency will not touch their sector,” she stated. 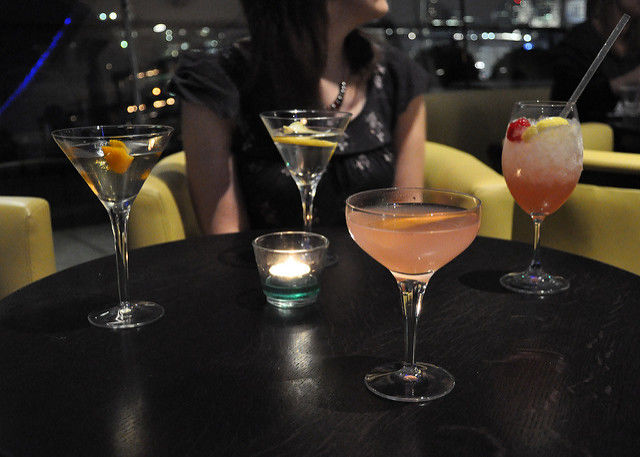 Beer makers have suggested to provide information on nutrition and ingredients online rather than on the bottle. The main advantage is that it allows alcohol producers to provide more complete information to consumers than a label would.

However, it is unlikely to bridge the differences between the two sides of the alcohol industry.

Referring to surveys, brewers claim that 6 out of 10 of consumers use digital sources to access the nutrition and ingredient information on alcoholic beverages. Nevertheless, they insist that label remains the most important information source for most consumers and online cannot be used to hide information away or to circumvent laws by presenting information in a format that is illegal, imbalanced and misleads consumers.

They believe that any deviation from the 100 ml reference measure would not be acceptable or comprehensible to the consumer.

On the other hand, Eurocare says that the argument suggesting alcoholic beverages be exempted from providing information on the label is far-fetched.

In 2015, Eurocare conducted a consumer survey which found that only around 25% of respondents searched for information online, regarding ingredients or additives in their alcoholic beverages.

“The burden of finding nutritional values and ingredient listings should not be placed on the consumers by asking them to go online and find out for themselves,” Skar said, emphasising that labels remain the best option to inform consumers.

“Similarly, the arguments that there isn’t enough space on the label are not justified, especially wine bottles still have loads of space that can be used to provide information to consumers,” she added.

For the spirits industry, the overall objective assigned to the industry is to propose credible solutions to provide a list of ingredients and nutrition declaration. “The brewers have committed to labelling but no doubt they will also subscribe to off-label solutions offering additional sources of information to consumers,” said Paul Skehan, director general of SpiritsEurope, an industry group.

Imposing taxes on alcoholic beverages is another way of decreasing alcohol consumption. The WHO and the Organisation for Economic Co-operation and Development (OECD) recommend the use of taxes as an effective tool to reduce alcohol-related harm.

However, its practical implementation may not bring about the desired results both in consumption and finances, according to the industry. SpiritsEurope said Greece is a perfect example. In the period 2009-2010, the excise tax on alcohol was increased by 125% but the state revenues fell to €272 million in 2015 from €289 million in 2009. Overall, the result of increased taxes was reduced revenues and a steep rise in illicit trade, especially from Bulgaria.

Similarly, Belgium imposed in November 2015 a 40% increase of excise tax on spirits. In 2016, the Belgian Ministry of Finance was expecting an extra €220 million in revenues but at the end of the first year, only an extra €51 million was collected.

Brewers, on the other hand, claim that the beer industry generates €42 billion in tax revenues annually for EU governments, including €10.9 billion from excise taxes alone.

De Grave said the beer industry is gradually recovering as some more “forward-thinking governments” had frozen or even slightly reduced beer taxes, something that resulted in increased tax revenues.

As for the attempt to use taxes as a way of reducing alcohol-related harm, the answer is “a resounding no,” De Grave said. “Probably the reasons why most EU countries don’t use excise taxes to improve health, but rather to generate revenue, is that it is clear that the countries with the highest taxes are also often those with the highest levels of binge drinking.”

The perfect example for De Grave, is the partnership between the Danish Brewers’ Association and the government, which resulted in reducing the number of minors who buy alcohol illegally in stores.

For Eurocare, tax increases have the potential to generate large health gains by generating savings in healthcare expenditure.

“Increases in taxation when passed on to consumers, reduce alcohol consumption,” Skar said, adding that the average adult per capita consumption decreased between 1990 and 2010 overall in the EU, including Norway and Switzerland, by 12.4%. “This is due to a combination factors, among others the increase in alcohol taxes in certain countries,” she noted.

She also recognised that there are tax differences on alcohol among member states. For example, when Estonia joined EU in 2004 Finland cut the tax by 33% in response to concerns about the cross-border trade of alcohol, and consumption rose by 10% in Finland.

Under the current regime, alcoholic beverages are not obliged to indicate the list of ingredients and the nutrition declaration, which is not the case for other foods.

According to the EU Food information Regulation the executive was expected to adopt by 13 December 2014 a report assessing whether alcoholic beverages should in the future be required to provide information on ingredients and nutritional content.

In addition, a European Parliament resolution urged the Commission to present a report by the end of 2016  exploring the possibility of introducing mandatory labelling.