Scottish supporters gather in a pub in central Warsaw prior to the international friendly soccer match between Poland and Scotland in Warsaw, Poland, 05 March 2014. [EPA/BARTLOMIEJ ZBOROWSKI]

Scotland on Tuesday (1 May) introduced minimum pricing for alcohol, in what First Minister Nicola Sturgeon hailed as a “bold” and “brave” policy move that has endured years of legal battles.

The Scottish leader said she expected other nations to enact similar policies, which will set a minimum price according to the alcohol content of a drink.

“Already we know that Wales and Ireland are wanting to take forward unit pricing policies of their own,” Sturgeon told AFP.

“But as we see the benefits of these policies that have been predicted in modelling and in evidence start to be felt in real life, then I think we will see countries across Europe and further afield look to replicate what has been done here in Scotland,” she added.

Some form of minimum pricing for alcohol is active in six countries: Canada, some US states, Russia, Moldova, Ukraine and Uzbekistan.

The Scottish policy, designed to cut long-standing issues around alcohol-related harm, will set a minimum price of 50 pence (€0.57) per unit of alcohol.

It has been welcomed by the medical profession and health campaigners as the biggest breakthrough in public health since the ban on smoking in public.

“This legislation will be life-saving,” said Alison Douglas, chief executive of the Alcohol Focus Scotland charity, who predicted it would save 58 lives in the first year.

“But the effect builds over time and by year 20 – which is full effect – it will save 121 lives here in Scotland,” she added.

Audrey Duncan, 37, a recovering alcoholic from Glasgow whose life was devastated by the addiction, said the cheap price of booze had helped fuel it.

“I don’t think it (minimum pricing) would have put me off but I certainly would have run out of money quicker,” she added.

The Scottish Parliament overwhelmingly passed a bill last week (24 May) that introduced a 0.50£ (0.63€) minimum price for a unit of alcohol, the first legally-binding minimum price within the European Union.

Retailers said they expected minimal hits on some stock, but added they had long been anticipating the scheme.

Linda Williams, proprietor of a store in Edinburgh, said it could “even out the playing field between supermarkets and local shops”.

“There will be no more heavy discounting on spirits and on big packs of beer which really have caused all the problems in the first place with alcohol,” she added.

The plan finally came into force this week after years of court wrangling delayed its introduction.

Britain’s Supreme Court last year backed the Scottish government’s move, declining an appeal by the Scotch Whisky Association (SWA) and other industry representatives to strike it down.

Seven judges in London unanimously ruled that such pricing is “a proportionate means of achieving a legitimate aim” and does not breach European Union law.

That ended a half-decade legal battle which had gone all the way to the European Court of Justice in 2015. 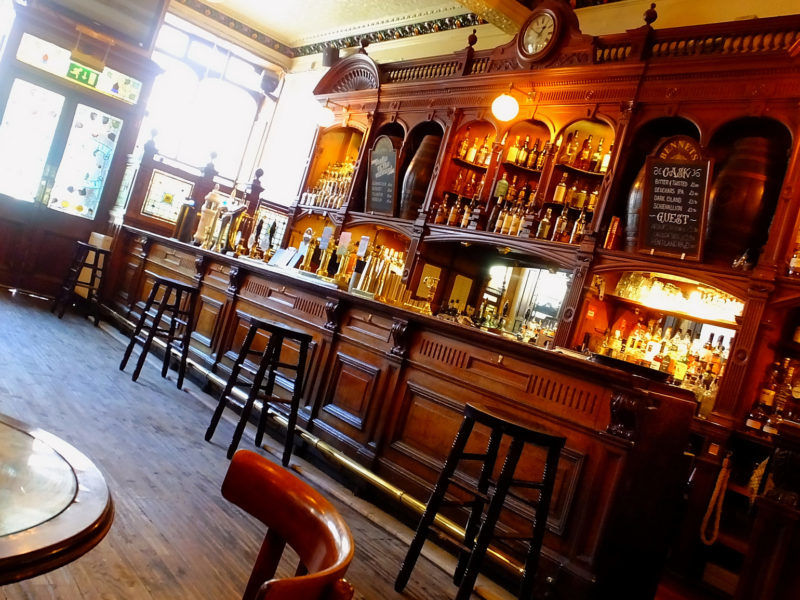 Despite losing its appeal, a spokesperson for the SWA said the industry had worked “co-operatively” with the government to implement the scheme, “which we hope will be smooth”.

“We agree with the Scottish government that there needs to be an objective, independent and robust assessment of the impact of minimum unit pricing,” it added.

“The premium whiskies that the industry in Scotland is so renowned for are not the alcohol products that are going to be most affected by minimum pricing,” she added.

Europeans have the highest per-capita consumption of alcohol, and drinking causes nearly 1-in-10 cases of ill health and premature death. The European Commission’s informal alcohol strategy, launched in 2006, is set for a detailed evaluation in 2013, with the policy objective of reducing the health and social harm caused by excessive alcohol consumption.